Now that it is November 1st, it is official that Apple has not delivered iTunes Match by its promised ‘end of October’ date. This delay could be attributed to any number of factors, but lets look at the most likely candidates.

It is possible that Apple is having difficulty procuring licensing deals it needs to launch Match in the US. The licensing deals for a product like iTunes Match are likely incredibly complex. The difficulties of negotiating with labels and individual artists for streaming rights is something that Rdio and Spotify have commented on publicly. Although iTunes Match isn’t a streaming service per se, its ability to match songs in a user’s library and upload those to the iTunes cloud could actually be even more tricky to pen agreements on.

Apple may be waiting for international licensing to fall into place. In September, Apple’s Eddy Cue responded to a question about iTunes Match coming to Canada by saying “We’re working on adding Canada and hope to do so shortly after the US launch.” 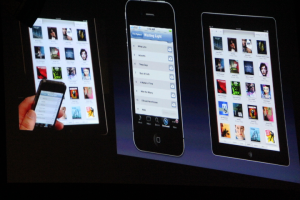 But now that the launch window of iTunes Match has passed, Apple may be waiting on the deals for international licensing, in Canada and elsewhere, to come to fruition before it releases the service. This way it can make a worldwide impact on day one, rather than trickling out slowly to the globe.

Apple has been making efforts to expand its iTunes Store services to other countries lately, launching the Movie store in 13 new regions and the Music store in 12 new regions in the last few weeks.

The launch of Siri and its network congestion issues may have delayed iTunes Match. As with any network-heavy service, Apple’s Siri assistant feature has seen some evidence of congestion and delays in times of heavy use. The ‘cannot connect to network’ message has become a common sight as users have adopted and begun exploring Siri’s capabilities.

Siri is available on only the iPhone 4S at the moment. This may be due to licensing fees or product differentiation, but it may very well be a way to stress test Apple’s new data center in North Carolina, where its iCloud offerings are housed.

It is possible that the additional wait for iTunes Match may be due to Apple continuing to evaluate the network stability of its cloud services. iTunes Match launching will massively increase the amount of data being uploaded to Apple’s servers overnight. This kind of impact will need to be measured carefully, something that is very difficult to do when a server is not under ‘real’ load.

This view may also be supported by the fact that Apple actually turned on the ‘activate’ switches on developer’s iPhones last week. It may have been prepping to release it, but delayed as it felt server infrastructure needed more work.

Apple really wants (and needs) to get this right the first time. Apple has had a relatively notorious history with online services, dating back to iTools, .Mac and the flaky-at-launch MobileMe. The iTunes Match service, while mono-purpose, is in some ways much more ambitious than its past efforts. It’s telling that Apple is launching iTunes Match as a separate products although it falls under the iCloud umbrella. This is a major differentiating feature for iTunes and Apple wants to get it right.

A pro-music philosophy has always permeated Apple’s business dealings, as Jobs’ comments about the launch of the iTunes store, revealed in his biography, show:

While iTunes Match may not be as world-shaking as the launch of the iTunes store, it’s clearly an important product for Apple and it is unique amongst its competitors for the way that it upgrades existing tracks to higher-quality versions if available and seamlessly merges iTunes content with personal libraries.

Apple needs to launch iTunes Match well, and it appears to be taking its time to get it right.

We have reached out to Apple for comment and will update this story with any forthcoming statement. If you’d like to see what other cloud-based Apple services are available right now, check out our Guide to iCloud.