The reality is we don’t really hear all that much about the evolution of hyperloops. The companies are like underground moles, sneakily operating in stealth mode on all matters of engineering and propulsion. Or perhaps they’re more like a duck gliding through the water, frantically paddling underneath?

But enough with the animal analogies. I wrote an article a bit over six months ago where I took a look at the progress of some of the key hyperloop companies.

Following the news of Virgin’s pivot from people carrying to cargo, I decided to provide a bit of an update and my verdict on the respective companies. Let’s take a look:

Last year I predicted Hyperloop TT would be the first to bring its cargo solutions to market due to integration with existing ports. Ok, that hasn’t happened yet. But I’m sure there’s plenty of R&D happening at the research facility in France in – you guessed it – stealth mode.

But the company released certification guidelines in January. These define essential safety standards for the design, construction, and operation of hyperloop systems.

Unsurprisingly, the guidelines stress the need for high-level safety and cyber security requirements, with some parallel to railway systems, aerospace applications, amusement rides, and cableways.

It covers everything from tube depressurization and capsule control systems (like passenger opening and closing of doors), to evacuation and rescue procedures, and physical and information security. It’s technical but thorough, and worth a read if you’re interested.

It’s not the first document of its kind. Delft Hyperloop published a report in July 2020. You can check out an earlier deep dive into some of the safety issues here.

The company also announced signing a memorandum of understanding (MOU) last month to study, select, plan, and then implement a sustainable highspeed solution in time for the 2026 Olympic Winter Games in Veneto, Italy.

And in September 2021, the company completed a feasibility study in Southern Brazil. The feasibility study analyzed the first 30 years of operations, including an estimated 5-year construction and implementation period. It found, among other things, that a 137 km (85 miles) journey would be reduced from over two hours to under 20 minutes and achieve a maximum speed of 835 km/h (518 mph).

I love this, but I never feel all that excited about these kinds of studies – let’s face it, I’m not sure any company would publish a feasibility study with adverse findings.

Verdict: Wow, they might be moving faster in the people-moving space than as cargo movers.

Virgin Hyperloop One (US)

News hit in March that Virgin Hyperloop was abandoning its effort to be the first people carrier and laying off over 100 staff. As I wrote recently, the company decided to pivot its interests solely to cargo, for the time being.

It attributes this to the supply chain and logistical challenges caused by COVID-19 over the last couple of years. The departure of CEO and co-founder Josh Giegel and other key staff have also impacted the running and leadership of Virgin Hyperloop.

Verdict: It’s unfortunate news for people-carrying innovation, and it remains unclear whether committed routes in Dubai, India (between Mumbai and Pune), and in the US, North Carolina, and Texas will continue developing for cargo deliveries.

Hardt hyperloop is an interesting beast. They’ve created all manner of infrastructure like The European Hyperloop Center and Hyperloop Development program (HDP). These help everyone who wants to roll out hyperloops in Europe – after all, there needs to be some kind of interoperability, one would think.

So their progress is also about the news within these respective organizations. Think of it like peeling an onion. For instance, HDP has signed agreements with three new partners, joining a consortium of public and private partners that was formed in 2020 – consisting of more than 15 partners such as TATA Steel, POSCO, BAM, and others to develop the hyperloop. Denys will help build the hyperloop above and underground in cooperation with the other HDP partners. Urban Studio is looking at station design, and Mercon, a 36m (118 foot) infrastructure tube prototype.

Verdict: Honestly, my opinion hasn’t changed. A lot is happening. I don’t know how much is accelerating the Hardt Hyperloop’s roadmap, but it’s all good stuff for the future of hyperloop tech in Europe en masse.

Let’s not forget that Nevomo is not just constructing a hyperloop. It’s first developing MagRail by upgrading existing railway infrastructure to the speed of 550 kph (340 mph) at a very competitive cost.

MagRail, based on magnetic levitation, linear motor, and autonomous control systems, can be subsequently transformed into a vacuum version called the hyperloop.

This year, it announced a partnership with EuroTube to develop the hyperloop pods’ tubes. It has also completed the first installation of magrail system equipment on its 750m test track in Nowa Sarzyna.

Verdict: I still contend that while some in the industry (or even outsiders) may see Nevomo’s approach as overly cautious, I think it makes a lot of sense. Establishing incremental foundations means you can deliver a product that can actually be used for cargo or people carrying even in its earliest iterations. There’s something incredibly logical about that when you’re working on extremely nascent technology.

But then, late last month, TransPod announced €507m ($550m) in financing to accelerate the development of a TransPod Line between Edmonton and Calgary. According to the company, they are the “first and only company to confirm such finance for a multibillion-dollar tube-transportation infrastructure project.”

This followed an earlier feasibility study in June last year for a proposed new TransPod Line between Edmonton and Calgary, Alberta. The results assert that a hyperloop will create up to 140,000 jobs. It will also reduce Alberta’s carbon emissions by 636,000 tonnes per year, resulting in faster travel time, and fewer road accidents — all at no cost to the taxpayer.

Yep, another feasibility study. I’m no academic researcher, but isn’t there an efficient way to automate these studies using economic forecasting and a digital twin of the city or something like that?

Verdict: I can’t help feeling there’s something lagging here. But now they’ve got some cash, we can expect an acceleration in R&D, I think.

The Boring Company (US)

Ok, ok, we all know Elon’s Boring Company is making tunnels. Not the pods or tubes. And I know I’ve been a bit mean in the past – I mean, they have made the tunnels. And there’s no hyperloop pods. So all you get is a ride in a Tesla, between halls at the Las Vegas Convention Center. Despite plans to tunnel through Chicago and Los Angeles failing, there’s also a vote in the city of Fort Lauderdale to build tunnels between the downtown area and the beach.

There was some excitement last month. Elon alluded cryptically on Twitter (where else!) to somehow evolving SpaceX, Tesla, and The Boring Company, as part of a grander plan.

Main Tesla subjects will be scaling to extreme size, which is needed to shift humanity away from fossil fuels, and AI.

But I will also Include sections about SpaceX, Tesla and The Boring Company.

Verdict: Honestly, I would have expected a whole lot more boring tunnels by now. Is the problem cost or the diversion of funds from other public works? Local opponents? But let’s face it, it’s not like the company’s going to run out of funds.

So there you have it. Obviously, this really just skims the surface of what’s happening in the world of hyperloop. It’s easy to look at a few press releases and think there’s not much news at all.

But I’d be worried if the fifth mode of transport was moving much faster. It still needs, in most instances, to update local regulations and legislation, and create infrastructure. I have no doubt all of this is happening behind the scenes and that the feasibility studies I bemoan provide the vital groundwork.

And in the case of people-moving, there’s also the challenge to get passengers on board (literally and figuratively). How willing are people to chute through a windowless tube at high speed? It’s anyone’s guess. 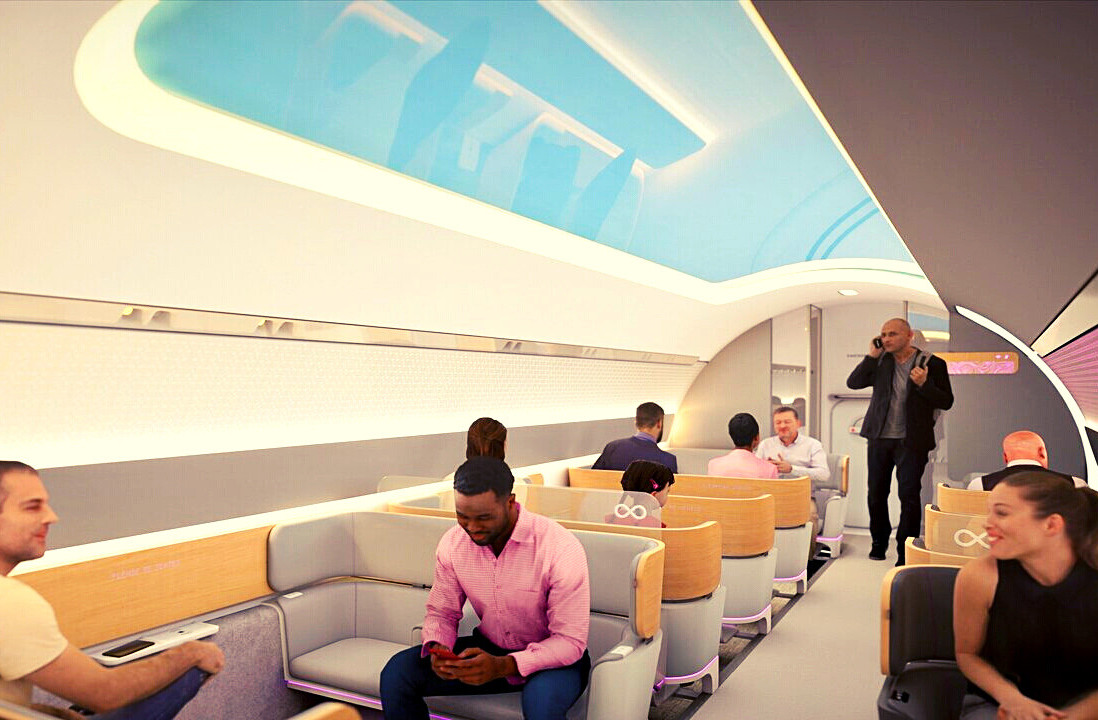 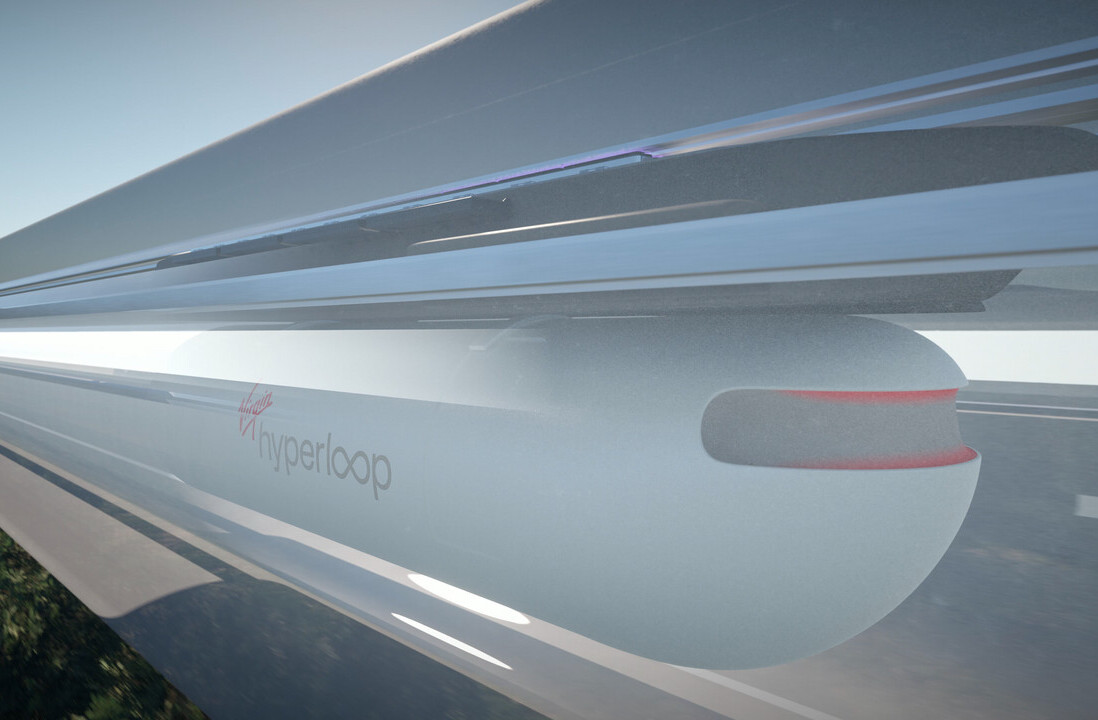