This article was published on October 7, 2021

You’re probably not reading this right now. That’s not a philosophical statement about the number of non-readers a given news article has. It’s a declaration of the literal. This article might not exist.

You, me, TNW’s Neural vertical for artificial intelligence news and analysis, our offices in Amsterdam, your favorite T-shirt: it’s quite possible that none of these things actually exist. Or that they all exist but the reality they exist in doesn’t. It’s complicated.

But it’s not as counter-intuitive as it sounds. We just need to take a trip through the wacky world of quantum physics, tap into some genius intellects, and strip away our preconceived notions about what reality is.

Reality is a lot like pornography in that people tend to know it when they see it. Is the chair you’re sitting on or the floor you’re standing on real? Intuitively, we think “yes.” If it weren’t real, we assume, we’d fall down.

But every single one of us knows that there are situations where what seems real isn’t. And as our technology improves, we know that seeing isn’t good enough. I’ve seen Pokemon in the real world via augmented reality.

And if you think about the lessons you learned in grade school, it becomes even more apparent that we don’t necessarily have a very strong grasp on what it means for something to be “real.”

One of the most basic principles of science is that all matter is made up of atoms and molecules. We know this because we can use microscopy to observe atomic structures.

Think about a banana. You grab it off a tree, peel it, and eat it. The banana exists. But what if you took a banana and separated each of its molecules out and laid them in a line?

You wouldn’t have a really long banana that stretched out in a straight line, you’d have a bunch of molecules that, theoretically, could possibly be repurposed for something other than a banana.

What if we separated all the molecules in every single object in the universe and then put them in a bag? If we shook up that bag and then dumped it out, there’s no reason to imagine the molecules would all form into their original objects again.

After all, oxygen and hydrogen are perfectly useful on their own as gasses we use for one process or another. And in the right combinations they make water.

In this book Rovelli argues that all of reality is relational. That means that, counter to what Sir Isaac Newton thought, if every object in the universe were to suddenly disappear there would not be an empty universe left behind.

If you take way the stars, black holes, planets, and everything else that exists, there’d be no space or time left.

This isn’t necessarily a new theory, but with every technological advancement in our ability to understand the quantum universe we’re forced to reconsider our assumptions and theories.

If we assume there is no god’s eye view, no place by which an observer far enough removed can see the literal big picture, then we have to wonder what that means for the idea of an infinite universe.

Don’t we need reality to exist?

No, not really. Existence is its own measure of proof. But reality, as we think we experience it, may be entirely subjective.

The important thing to keep in mind is that we haven’t hit bedrock when it comes to the quantum realm. We are as capable of seeing how deep the quantum rabbit hole goes as we are of observing how big the universe gets.

According to the theories that Rovelli’s book puts forth, all the “stuff” that makes up our universe is held together in relation to all the other stuff. So, sure, your desk exists. And the floor it sits on exists. And so does everything else that’s “touching” (for lack of a better word) via what we’ll colloquially call “quantum adjacency.”

What’s it all mean?

If we accept the idea of quantum relativity, it means we understand the banana analogy from above. You see, at the quantum level, it’s quite possible that all the stuff our molecules are made up of is actually spread out in random patterns.

Theoretically, if we could zoom in past the muons and leptons and keep going deeper and deeper, we could reach a point where all objects in the universe are indistinguishable from each other because, at the quantum level, everything that exists is just a sea of nearly-identical subparticulate entities.

This version of reality would render the concepts of “space” and “time” pointless. Time would only exist as a construct by which we give meaning to our own observations. And those observations would merely be the classical side-effects of existing in a quantum universe.

So, in the grand scheme of things, it’s possible that our reality is little more than a fleeting, purposeless arrangement of molecules. Everything that encompasses our entire universe may be nothing more than a brief hallucination caused by a quantum vibration.

Of course, none of this appears to offer up an explanation for dark matter, radiation, black holes, time crystals and other interesting quantum affairs.

Perhaps quantum relativity is a passing fancy for the field of theoretical physics. But maybe, just maybe, it isn’t.

One day our species may have to reckon with the ultimate truth that we exist in a reality that doesn’t. 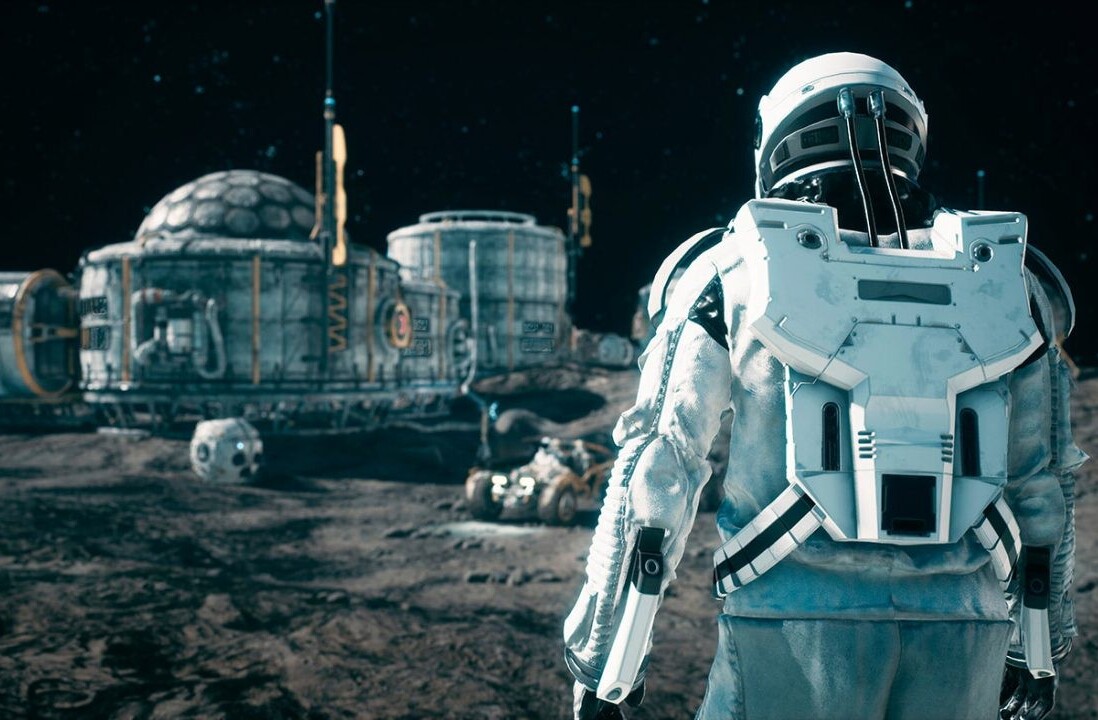