Alright, I’m sick of this. Nearly every time that I log in to Facebook I see another poorly-produced, ineffectually-targeted Facebook ad. Behind that ad? Some poor schmuck who’s spent way too much time and money, and has wasted both of them.
So, while I could just sit and gripe about it, I decided to heed the words of one of my former bosses – Bring me any problem you want, but bring it with at least one possible solution.

For that solution, I turned to some of the best in the business. Social marketers, PPC ad experts and analytics fanatics are all in my Internet-based Rolodex, so I’ve called upon them to give us some easily-digestible, actionable tips for producing effective Facebook ads. It’s time to stop wasting money, so let’s get moving.

Why Do You Care?

Good ads cost less – Yes, really. Facebook operates on a bid method of effective CPM (not familiar with CPM, CPC and the other terms? Check out this guide). That is to say that the cost per click of running an ad will go down the more engaging that it is. So not only are good ads going to make you money, they’re going to save you money too.

Facebook has a setting that allows you to show ads only to people who are friends of your existing fans. When you bet on the social graph then you’re betting on the idea that like-minded people are friends. Therefore using this setting could be beneficial, but you have to make sure that you’re targeting the right people to begin with.

According to Jeff Widman, Co-Founder of PageLever, “If you’re trying to get fans, target ads at friends of fans.” They’re the ones who are more likely to click because they’re going to see that message saying that their friends have already clicked.

As this writing in Search Marketing Insider shows, it’s critical to get those first few influencers. It will put your ad into the faces of more of the right people, but you need to aim for the top of the stack instead of the bottom. If you’re selling software, for instance, aim for people who genuinely care about what you’re doing, instead of the casual user, because those top-tier people are going to allow a better flow of visibility.

The folks over at Wildfire bring about one very important point – make it pretty. You have a limited amount of space with any ad, and with Facebook ads that’s even more true. So make sure that you’re using the space to its best ability by including images that are eye-catching, relevant and big enough to be clear.

But looking good, of course, isn’t enough. With that in mind, make sure to visit the 18 tips that Wildfire has put together because there are some gems in there.

A/B testing in any user-behavior environment is crucial. That holds true for Facebook ads, too. So take that ad that you’ve designed to be pretty and run it for a while with one set of text, then try another set. Monitor the results and tweak as the data tells you that you should. 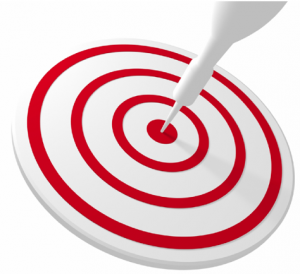 It’s worth noting that you should do the same thing with your images, too. Once you have gotten your text to the point that you’ve capped out on engagement, try running the same ad text with different images to see which ones perform better than others.

Facebook’s own Insights are a decent start, but a truly powerful platform like PageLever is key to good testing and analytics.

All too often we see people run a single ad, with a single image, then get frustrated when it doesn’t return as it should. There is a reason that focus groups and testing have been in place for ages – they work. As a marketing genius friend of mine, Kate O’Neill once said, “Data must always trump your gut, but gut must always be allowed to challenge data.”

Need a Fan? Buy a Fan

Whether you like it or not, businesses can and do buy fans on Facebook. It’s a lucrative business that will continue for the foreseeable future, so it’s a part that you need to know about. For this, we’ll turn back to Jeff Widman from PageLever for some sage advice.

“At PageLever, we had a customer spending millions of dollars on Facebook fans, and they had figured out who was cheapest on a CPC and CPM basis. But when they looked at the demographics of the people who were commenting/liking/sharing, they were very different than the people they were advertising against. They changed their ad budget, and it was more expensive to get these new fans, but they are more valuable because they actually comment/like/share rather than totally ignore the brand’s content.”

Also, Widman says to make sure you avoid the sites that are advertising things like “5,000 fans for $50”. These sites are known widely as spammers and they tend to violate Facebook’s terms of service. The ways that these groups have been using to spam Facebook have been widely disabled, but the threat still remains.

Finally, there’s the method of “bargain shopping”, if you will. Widman is careful to note that he doesn’t condone this, but says that it’s important to know that it’s available. As a cheap way of finding legitimate new fans, Widman says that some Page owners will turn to areas of the world that have lower advertising rates, such as Turkey. We took a look, previously, at why Bangladesh has the highest Facebook CPC in the world, and the article should serve as a good resource for helping you to figure out what countries have higher or lower costs per click.

As is true with almost any piece of advertising, Facebook ads are an equal mix of art and science. This really is, as the title says, just a beginner’s guide. Make sure that you read other resources, too. If it’s all too much for you, hire some experts. Trada, for instance, lets you turn over control of your Facebook ads to the wisdom of hundreds who will crowdsource your ads for you.

No amount of data is going to overcome an ugly, unimaginative ad. But by that same reasoning, no beautiful ad will ever do well if it’s targeted to the wrong people. So do your homework, stop wasting money and let’s make Facebook ads as powerful as they can be.