Bangladesh, a sovereign state located in South Asia, has managed to creep to the number one spot with the highest Facebook advertising cost per click (CPC) amount in the world at $1.12 (USD). To give you a better idea of where Bangladesh stands in terms of pricing, the U.S. holds the 7th rank at $0.77 (USD), with Seychelles at 213 and $0.06 (USD).

For those of you who might not be familiar with CPC, here’s a quick and dirty definition from Investopedia:

“A website that uses CPCs would bill by the number of times a visitor clicks on a banner instead of by the number of impressions. Cost per click is often used when advertisers have a set daily budget. When the advertiser’s budget is hit, the ad is removed from the rotation for the remainder of the period.”

What this means is that advertisers in Bangladesh (or advertisers abroad taking advantage of the Bangladesh market) are, on average, likely to cough up more cash for individual clicks on their Facebook advertisements than, say, Vietnam, which only pays six cents per click.

Why so serious, Bangladesh? 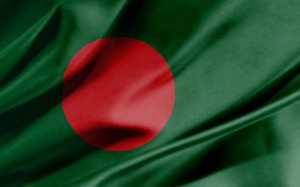 To avoid the risk of this turning into a “What is CPC” and “What is CPM” article, I’ll simply explain why Bangladesh might charge so much per click.

One guess is that Facebook advertising competition in Bangladesh is so high that advertisers need to spend more on clicks and impressions to give their banners and ads more visibility. An advertiser with a higher CPC or CPM bid is more likely to be placed in front of its target demographic than a lower bid, making the high cost absolutely imperative to success in the area. This could also mean that advertisers in Bangladesh are plentiful and numerous, fighting for that number one spot by stuffing money into Facebook’s pocket while hoping for better views.

Another guess is Bangladesh’s market is more likely to convert into paying customers after clicking through versus markets in other countries. In this case, advertisers are paying more for CPC and CPM because doing so is more profitable than forking over cash in the much-lower-ranked Seychelles, for example.

Unfortunately, paying tons for better advertisement visibility on Facebook doesn’t mean that an affiliate’s creative (a fancy term for an advertisement) will receive any clicks. Knowing this, I’d wager that Bangladesh creatives are probably much more engaging than cheaper banners elsewhere. … Or at least, they should be, if advertisers are paying truckloads of cash to get their ads placed.

Here’s a great excerpt from Finch Sells that argues the importance of this:

“Facebook likes money in the bank. If they give your ad 10,000 impressions and not a single user clicks – why would they continue to show it? Assuming there’s a CPM affiliate willing to pay $X.XX for the impressions whether anybody clicks or not?

So essentially, your CTR is still important. Bidding CPC to get a feel for your margins is all well and good, but you need to deliver a good creative. Or you’ll spend the rest of your life submitting ads to interns that take 6 days to get approved and run for about 7 minutes.”

The future of social advertising

As you might recall, social network advertising revenue might reach $10 billion globally by 2013, a number easily contributed to by countries like Bangladesh, Russia and Japan, each of which tops the charts for most expensive advertising on Facebook. Knowing this, advertisements are bound to become more expensive as affiliates realize the potential of the social advertising market, then aggressively move towards keeping up with the trends.

If this interests you, see below for a Top 20 CPC vs CPM list from Social Bakers, a social analytics site that bills itself as the “heart of social media statistics”.