As Australians agonizingly await the final results from the same-sex marriage survey (which doesn’t even guarantee a change in the law), gay couples continue having to tie the knot elsewhere, as it’s insanely the only way.

A dedicated group from Sydney have done their best to try and change this with an event they termed Virtual Equality. The project gives Australians the possibility to experience a same-sex wedding the only way legally possible in Australia – through virtual reality. Giles Clayton, one of the organizers, wanted to emphasize that same-sex marriage is nothing to be afraid of:

The goal was for Aussies to get the chance to experience something they can’t right now and hopefully change perspectives about the fear of legalizing same-sex marriage.

The project was funded by J. Walter Thompson and Luscious International, both major players in the Australian advertising and video production world. To bring the event to life, the first step was finding a same-sex couple looking to get hitched.

Through a few degrees of separation, they came across Dan Thurston and Thomas Crow, a soon-to-be-married Kiwi-American couple based in New Zealand. The loving pair volunteered for the project, allowing J. Walter Thompson and Luscious International to attend their Kiwi wedding on September 22 and film the ceremony in 360-video. You can watch the ceremony here.

After attending the NZ wedding, the Virtual Equality team began organizing a second wedding for Dan and Thomas in Australia – only this time, in virtual reality. They invited the public, politicians and some of the couple’s Australian friends to attend and appreciate how great a same-sex marriage in Australia can be. Dan was hopeful that seeing would be believing.

I hope that, in seeing us as a positive model for marriage, Australians can see that marriage equality is a no-brainer and any debate about such basic human rights is dumb.

The ‘virtual ceremony’ took place in First Fleet Park in Sydney on October 10, with each guest receiving a VR headset and headphones to experience the Kiwi ceremony. Hundreds of people of all ages lined up to be part of the event, with responses ranging from joy and laughter to tears. Directed by Lou Quill, watch how it went below:

Guests included Sally Rugg, director of GetUp’s campaign for marriage equality and Jenny Leong, member of the New South Wales Legislative Assembly representing Newtown for the Greens. Leong was deeply affected that something so simple and natural can’t legally happen in Australia.

It’s bizarre that in Australia we can only experience a same-sex marriage through virtual reality. Especially in Sydney where we fly the rainbow flag so bright. Love is personal but should be inclusive of everyone and this is why we need to change the ban on same-sex marriage. 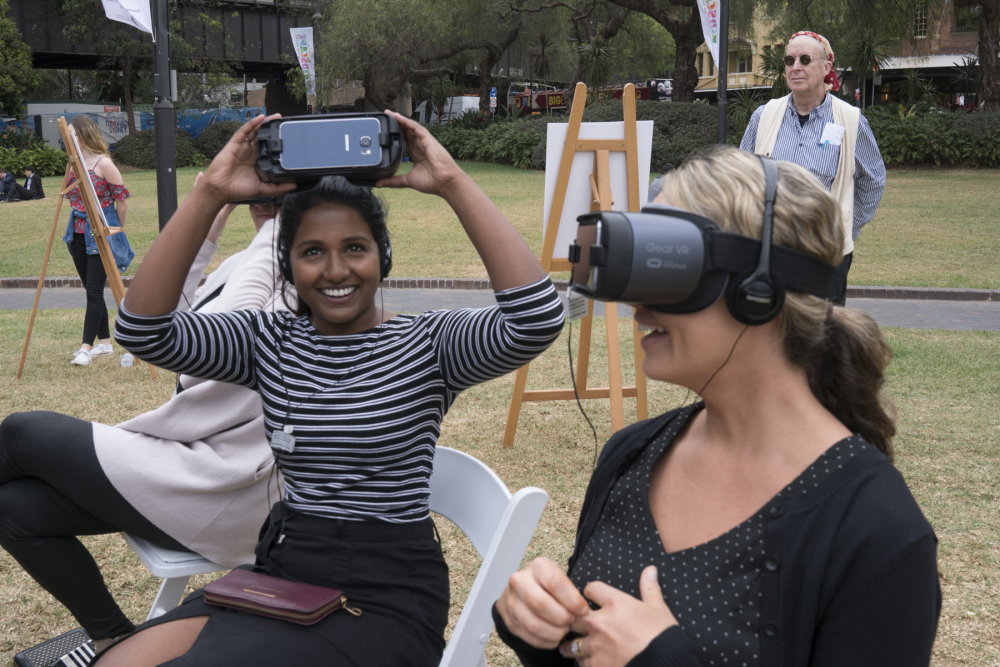 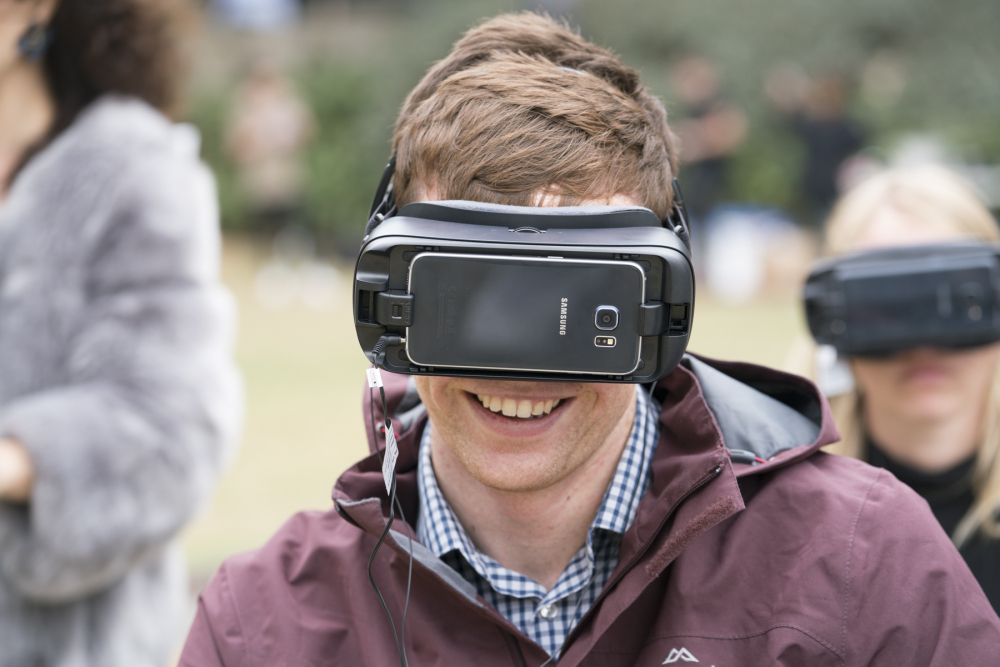 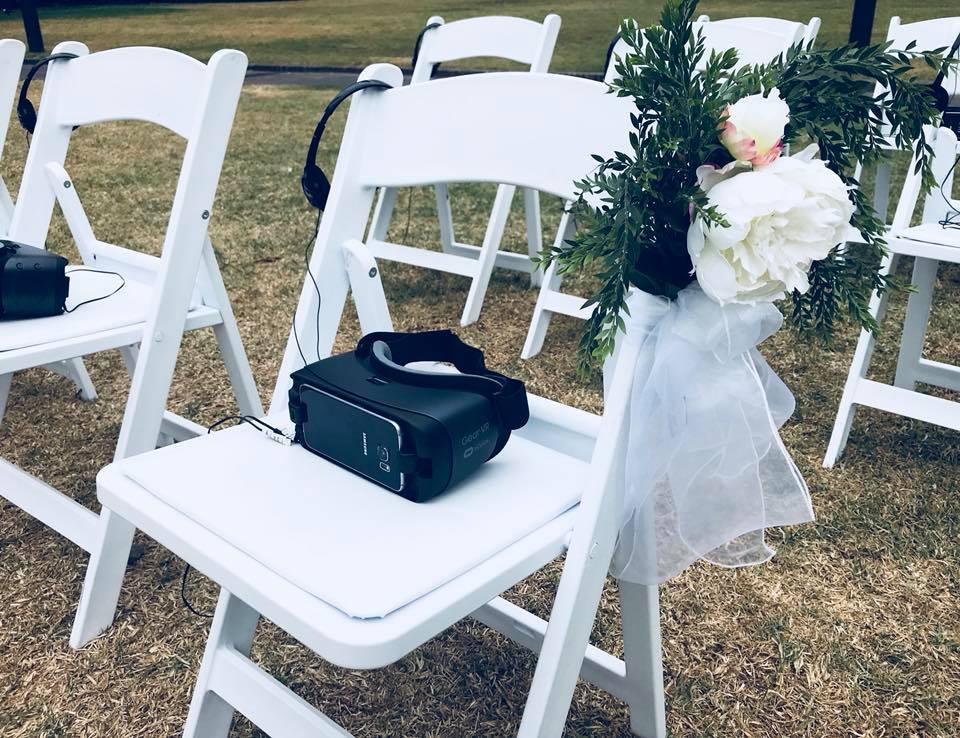 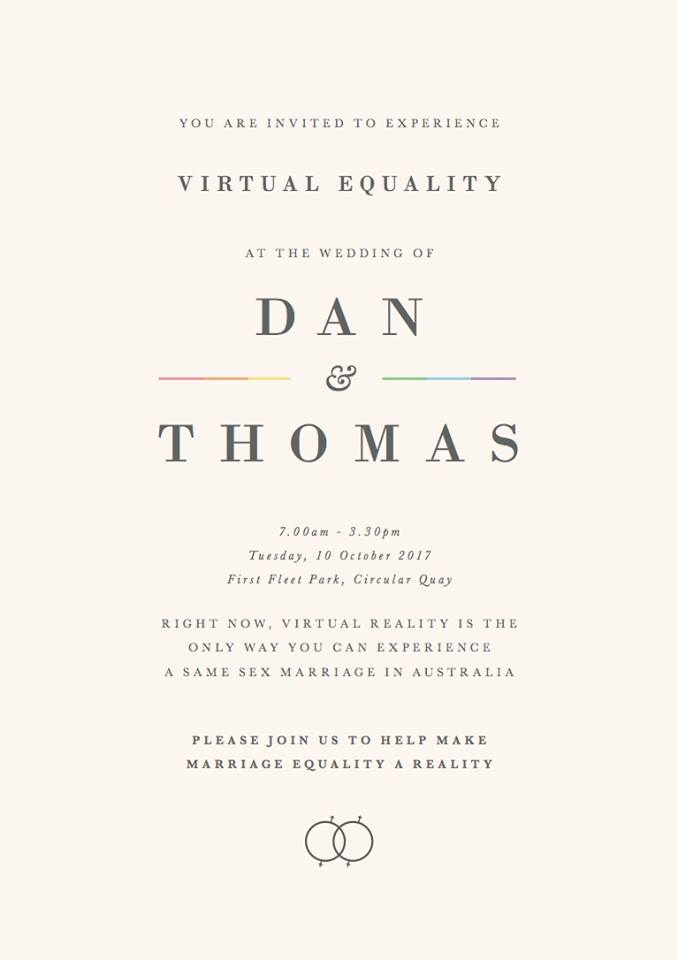 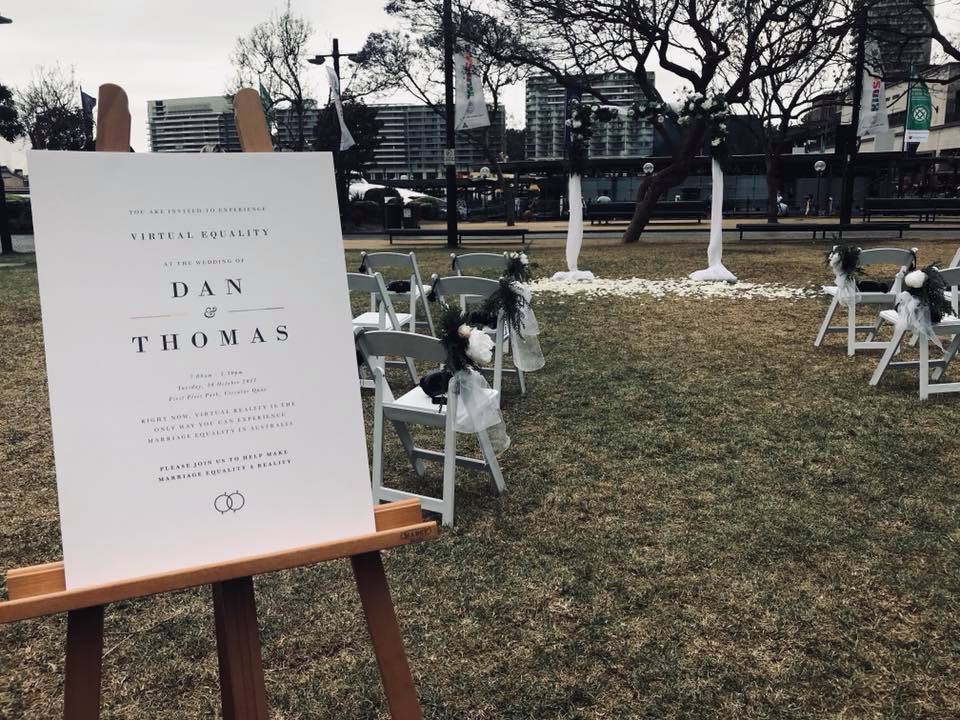 The legalization of same-sex marriage has been a controversial issue on Australia’s political agenda for several years. The current Marriage Act 1961 in Australia narrowly states that marriage is “the union of a man and a woman to the exclusion of all others.”

Australia is currently in the midst of a non-binding, non-compulsory postal survey which asks the question “Do you support a change in the law to allow same-sex couples to marry?” Unlike a referendum which seeks to amend the Australian Constitution if a majority of Australians vote “Yes” in the majority of states, the postal vote merely seeks to gauge public opinion on the issue.

That means, even if the postal vote delivers a majority “Yes” result, there’s no guarantee the law will change. Instead, the government will introduce a private member’s bill to amend the current Marriage Act. Members of parliament will then be allowed to freely vote for or against the bill. On the other hand, if the postal vote delivers a majority “No” response, the decision is binding and no bill will be introduced…


The team behind Virtual Equality are hopeful it won’t get to that. They have distributed hundreds of rainbow-branded Google Cardboard headsets to influencers and politicians around the country, letting them experience the same-sex wedding in VR. Rachel Wintle, one of the organizers from Luscious International explained:


With many Australians still fearful about same-sex marriage both companies urge positive responses from anyone who wishes to share or comment on the campaign, to counteract the often hateful messages that have been shared by members of the NO campaign over the voting period.

While the absolute deadline to return your ballot is November 7, 2017, both companies encourage Australians to vote “Yes” for marriage equality by this Friday, October 27th.

With same-sex marriage now legal in 23 countries, let’s hope that Australia will be the next to recognize loving relationships like that of Dan and Thomas. And the message to take away from Virtual Equality’s campaign: it’s time to make marriage equality a reality.