This article was published on December 16, 2016

Once upon a time, a Jewish carpenter did the impossible and turned a few pails of water into a bountiful supply of Palestine’s finest vintage vino. Two millennia later, one Chicago company is doing their own merlot-related miracles.

Üllo is a startup with a mission that I can totally get behind – to make even the grossest, nastiest, cheapest box wine taste half-decent. To achieve this goal, it’s built a filtration device that costs $79.99, and both aerates and removes sulphites.

And you know what? It actually works.

There are lots of reviews that pit Üllo against all ranges of the wine world, from humdrum $10 bottles, to ones that cost significantly more. I wanted to see how it’d cope with the ultimate bargain-basement wine.

Apparently British wine is a thing. I visited my local ASDA (Britain’s ersatz version of Wal-Mart) and picked up a bottle of Three Mills Reserve, which cost me the princely sum of £3.50 (around $5). Hey big spender.

First, I drank a control glass. Y’know. For science. Here’s how Three Mills describes itself:

“This red British wine is packed with jammy red fruit flavours, restrained oak with hints of vanilla an cherry. It has a lengthy palate with soft tannins and is ideal with meat, cheese, or simply on its own.”

I didn’t have high hopes, but even those were betrayed. I’m not a sommelier, but I can tell when a bottle of wine is shit. This was shit. 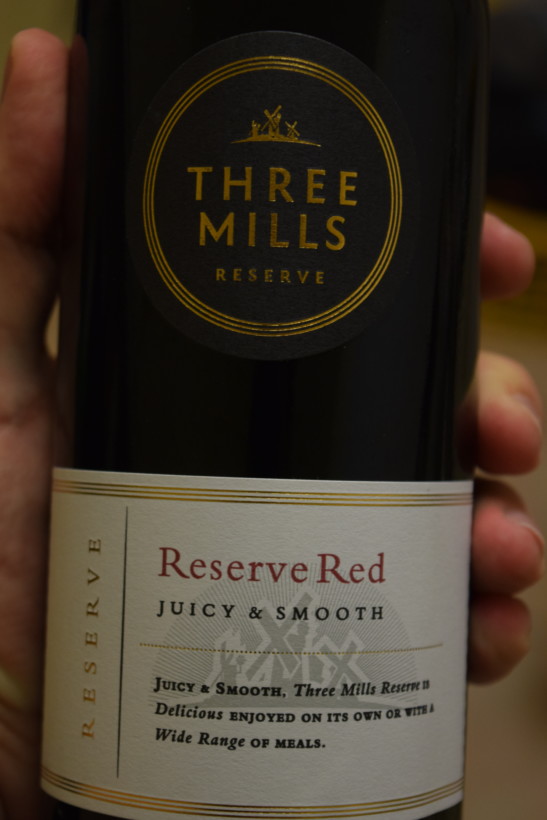 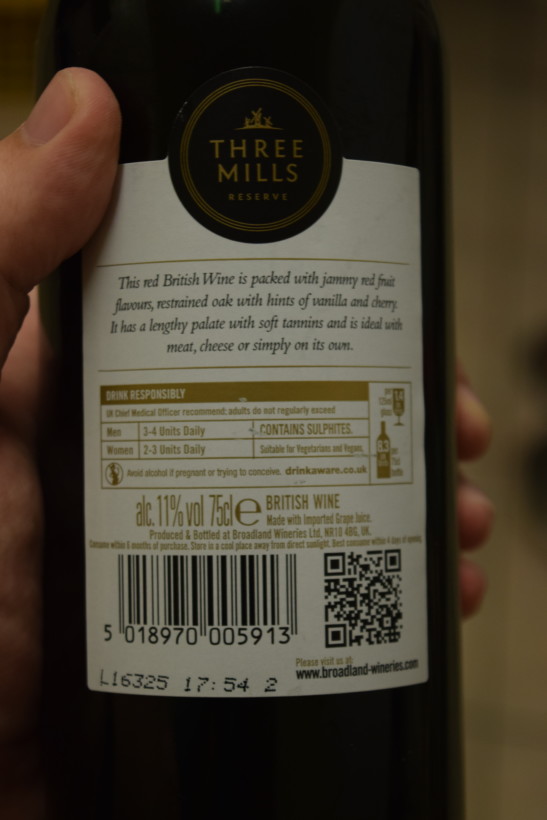 For starters, it failed the sniff-test, producing something faintly reminiscent of burned tires and abject misery.

It turns out that ‘Three Mills’ is a pretty apt name for an over-sweet syrup that could quite easily be the by-product of an industrial accident. Perhaps a head-on collision between two tankers; one containing aspartame, and one containing a vast quantity industrial waste. I don’t want to labor the point too much, but this tasted bad.

Could the Üllo do the impossible and make this taste any less cloying and unpleasant?

As a device, the Üllo is pretty simple. The purifier consists of just three parts; there’s a rubber bowl which you pour the wine into, and clings to the sides of the glass; then there’s a bit that holds the filter in place; finally there’s a removable aerating device.

You turn aeration on and off as you desire, and the purifier can be assembled and disassembled it in just a short minute.

Also included is a sleek little travel bag, plus four filters. When you (inevitably) run out of them, you can restock on the Üllo site. A six-pack will set you back $20.

Each filter can purify a standard 750 ml bottle of wine, and is good for about three hours. After that, you’ve got to replace it, making this a pretty expensive endeavor that effectively adds $3.30 (not including shipping) to the price of each bottle of wine.

The filters are used to remove sulfites, which some believe are responsible for the nasty hangover you’ll inevitably experience when you drink too much wine.

One thing you’ll notice about the Üllo is that unless you use a large vessel, you run the risk of splashing wine everywhere. I used it with a 125 ml glass, only to drench my counter and have to upgrade to a 250 ml glass.

The filtration process couldn’t be easier. You’ve just got to slowly (very slowly) pour the wine into the purifier. In total, the process just took about a minute.

The difference between the unfiltered and filtered wine was stark.

I mean, yes. It was still obviously a cheap wine. That much was clear. But it wasn’t as offensively bad.

It was vastly more palatable. The all-encompassing, cloying sweetness of the original was less pronounced, and it smelled less… Well. Repulsive.

Üllo turned this dreadful glass of British plonk into something actually drinkable. Almost.

I doubt few people will be using this to improve the quality of $5 bottles, given the cost of the filters, for slightly more mid-range bottles, the Üllo is probably a decent proposition.