Some time ago I visited my parents, and as these things tend to go, they had a list of things that bothered them about their computers, iPhones and iPads and the Internet connection. I like helping them, so tried optimizing their Wi-Fi network first. That was frustrating at first because I didn’t really know what tools to use. I Googled around a bit and found some very expensive tools, but I also uncovered a great and useful one hidden away in Mac OS X itself. 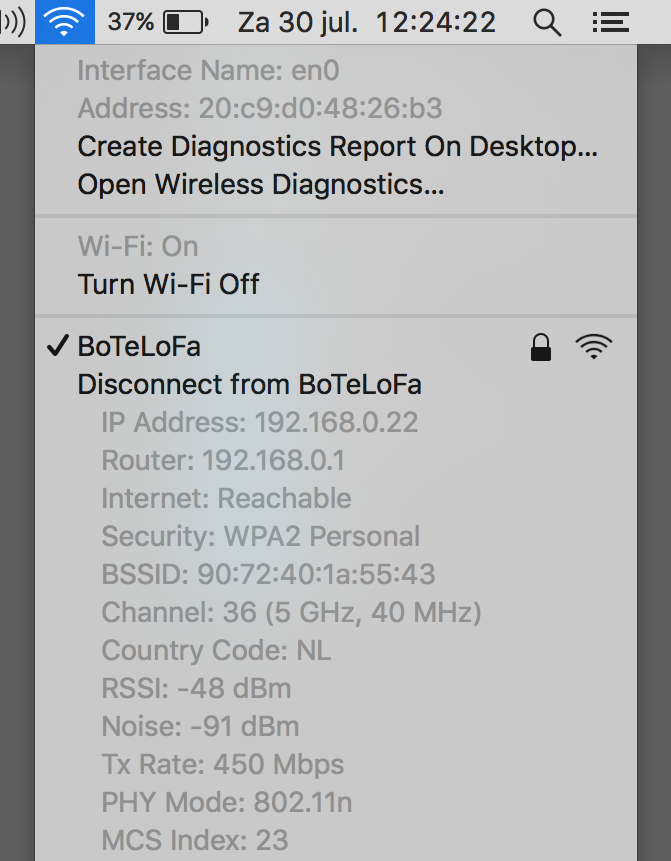 This is already useful. Especially the RSSI and Transmit Rate, which give you an indication of how well your network is performing. But we don’t stop there. 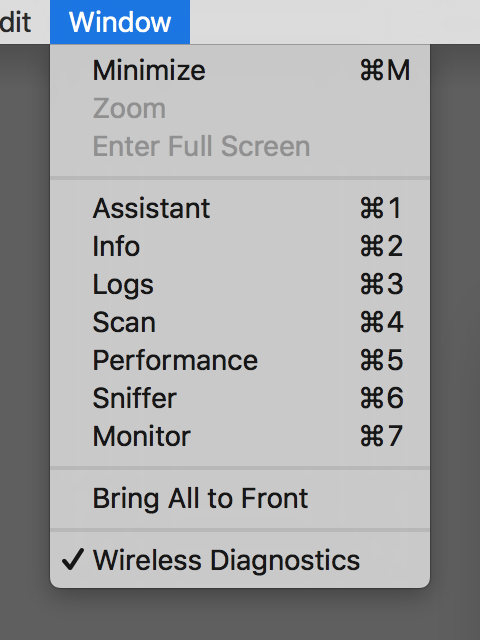 Step 2: At the bottom of that menu is an option called ‘Open Wireless Diagnostics’. Select it to open an app with the same name, after you’ve authenticated yourself. It opens with an introduction screen which we will ignore for now. Instead, we will press the command key + 7. Or go to the ‘Window’ menu and select the ‘Monitor’ option, as shown on the right here.

This is the window that will really help you optimize things. Move your computer around the house to see the different parameters change. Keep an eye on the ‘RSSI’ versus ‘Noise’ indicators, shown in the top right graph. Less noise is better.

At my own house I experimented with an old metal tray placed behind my AirPort directing the signal inwards instead of outwards towards the neighbors. There might be other computers, old Wi-Fi networks or microwaves interfering with your network. Try different things and keep a close eye on your network performance, and let us know how much you improved your signal.