Uber is developing an interesting new strand to business in Asia where, aside from giving its customers a ride to the destination of their choice, it is providing opportunities for startups to raise their visibility worldwide.

While Uber has struck partnerships with tech startups worldwide in the past, its union with VCNC — the Korean firm behind couple social network Between, which has 4 million registered users worldwide — promises to be a little different and set up similar possibilities for others in Asia. 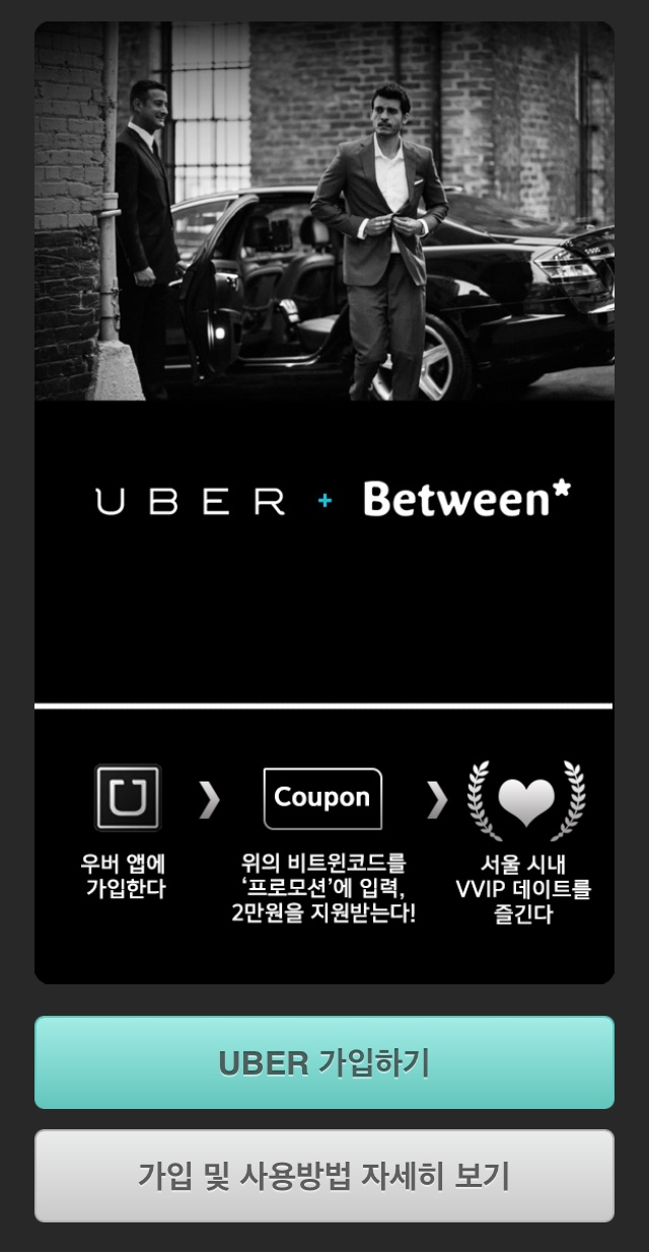 The idea is simple. Find companies that have a strong local presence.

The VCNC coming together is “symbiotic,” according to Uber’s Park Chan, who says  Uber is leveraging Korea’s dating craze and the 1 million Between users in the country. In return, it will help VCNC’s efforts to expand across Asia and the rest of the world.

The immediate specifics of the pairing will see Uber sit in Between’s main advertising space — ‘Event Box’ — for one week, showcasing it to Korean users.

Uber is also running a competition to give Between couples free dates to the baseball, with an Uber chauffeur in tow, naturally.

There’s so much synergy here. As Uber gets into Asia and builds out its presence, we’re looking at ways to connect with regional startups that have interesting and yet locally strategic brands and demographics. [The other side of the coin is] the value that VCNC, and startups like it, see in us: our international footprint is going to help as they ramp up their global growth strategies.

It’s always interesting when two tech companies partner up. We’re looking to be everywhere, so, of course, we’ll continue to look for opportunities where the economies fit.

The proposition actually came together at Uber’s launch party in Seoul, where the VCNC team got the opportunity to talk to Uber CEO Travis Kalanick himself. That’s no accident, since Uber invites local influencers and startup folks to its new market launch events.

Focusing on Asia, Uber has launched in Singapore, Korea and Taiwan while it recently begun a pilot services in China and India. We know from its hiring efforts that it has plans to be plenty more countries in Asia — and beyond — so startups across the region will want to take note: the chance to partner with a $3.5 billion company doesn’t come around every day.