Vivo’s launching its ambitious X50 pro smartphone with a gimbal-supported camera today in India. While the company’s pushing the camera to be the centerpiece of the show, the build and design of the phone are charming.

I’ve been using the device for less than two days, and it has left a good impression in a lot of areas, including the camera. Before I talk about all that, let’s look at the specifications of the device:

The Vivo X50 Pro is one of those phones that might make you say, “Damn, that looks good!” when you first get it out of the box. On the front, there’s the screen with curved glass, and on the back, there’s a dual-tone color with frosted glass material that feels like brushed metal.

Despite the large 6.56-inch screen staring at you, the phone is easy to hold and operate in one hand in most cases. You’ll have to use the second hand or adjust your holding hand to pull down the notification tray though.

The 90Hz screen is a delight to use. I’ve mostly used the phone to read articles and scroll my way through social media apps, and it has been an enjoyable experience. The screen supports HDR10+ standards. There might not be too many videos across YouTube that support it, but you may find some show on Netflix that can bring out those vibrant colors.

I think the slightly curved screen adds to the charm of the device, and don’t worry, most of your content and interaction is limited to the flat part of the display.

Let’s talk about the most important part of the phone — the main camera. In bright daylight, you’ll get colorful and vibrant pictures out of this sensor. The 48-megapixel sensor uses the pixel-binning technique to churn out an 8-megapixel picture.

The only complaint I have that the image processing technique makes colors such as orange and red a few shades brighter than they are. It’s a trope that many Samsung phones have used in the past. If you like bright pictures, you’ll enjoy snaps from this phone. 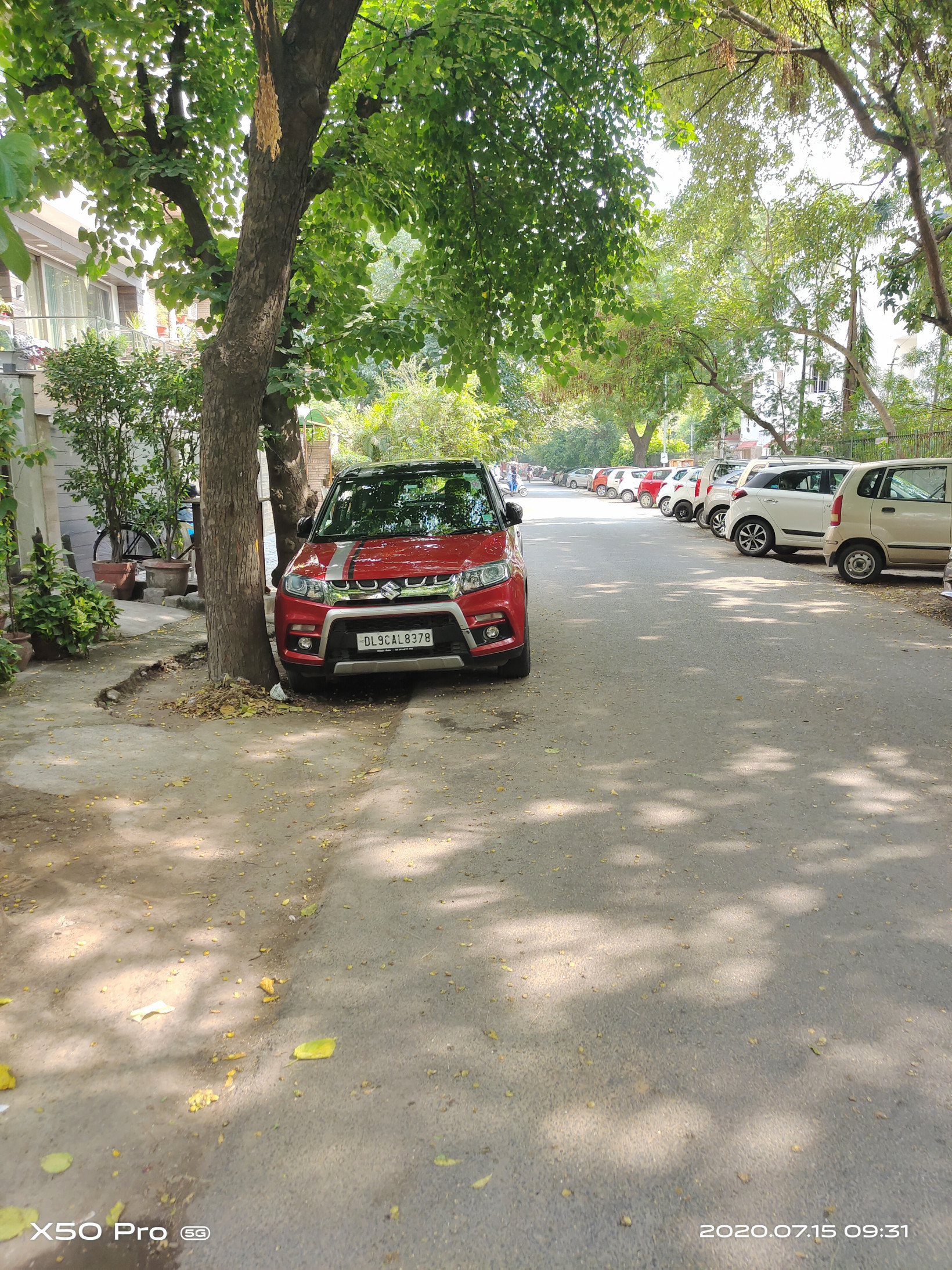 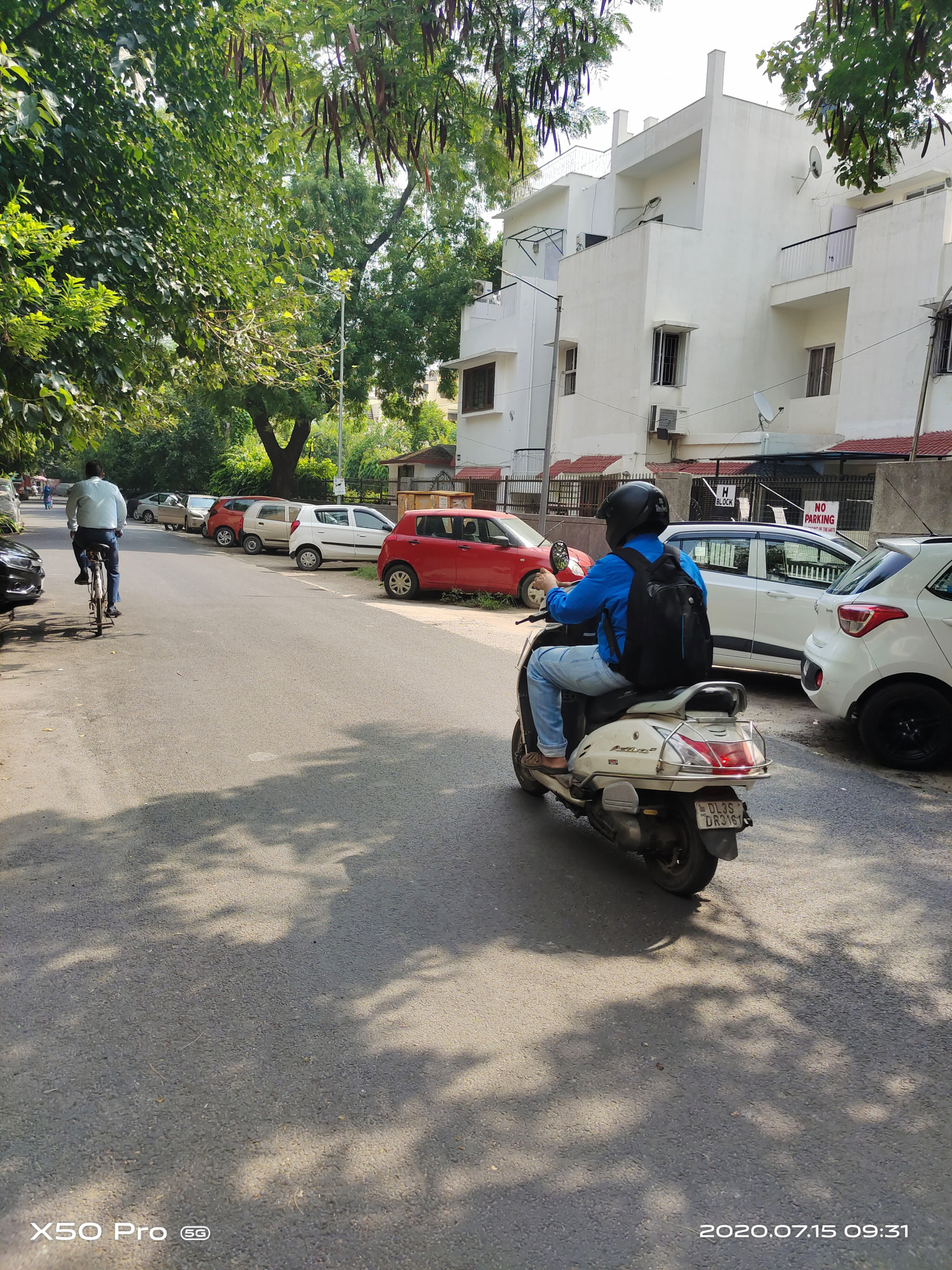 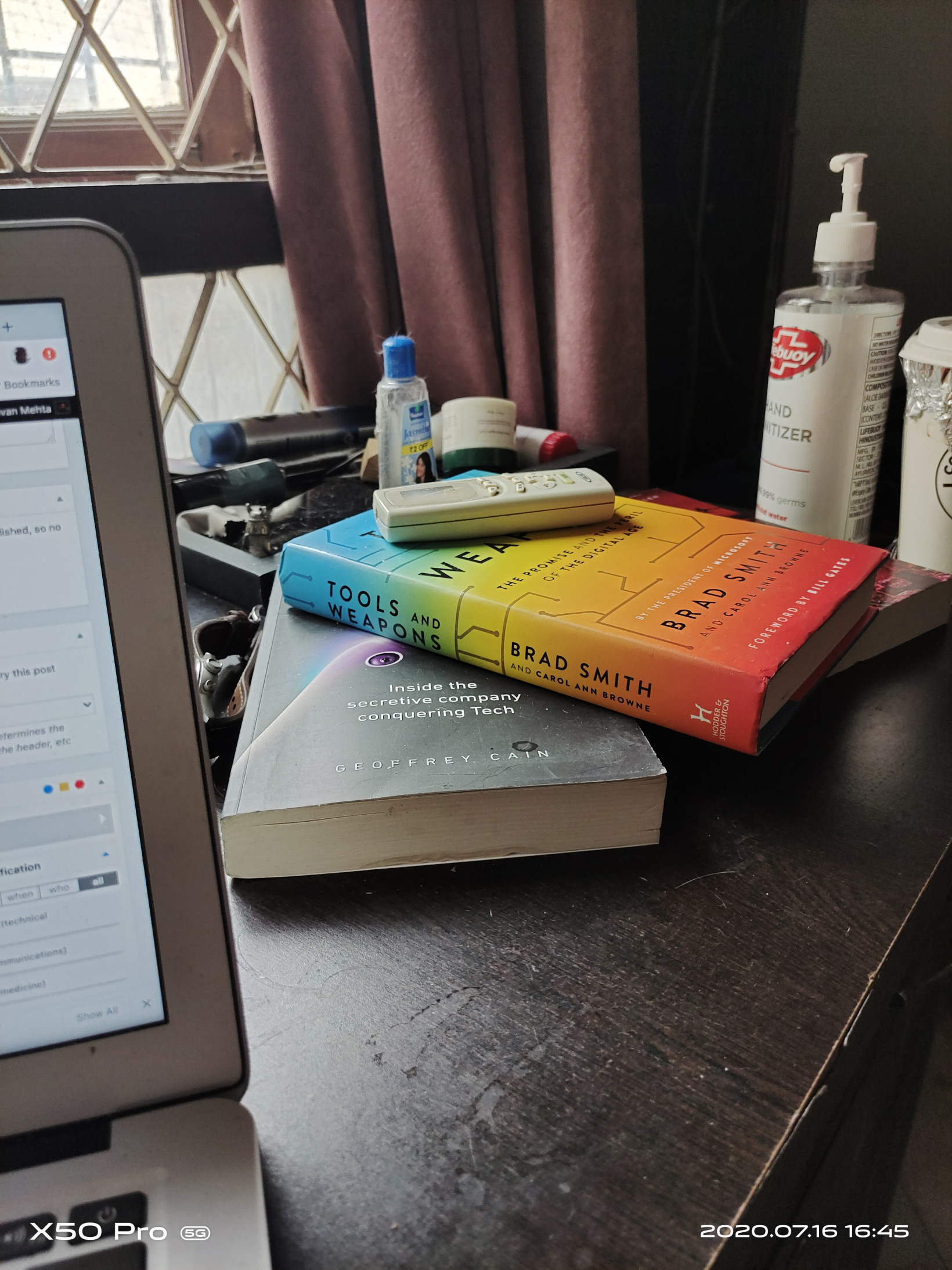 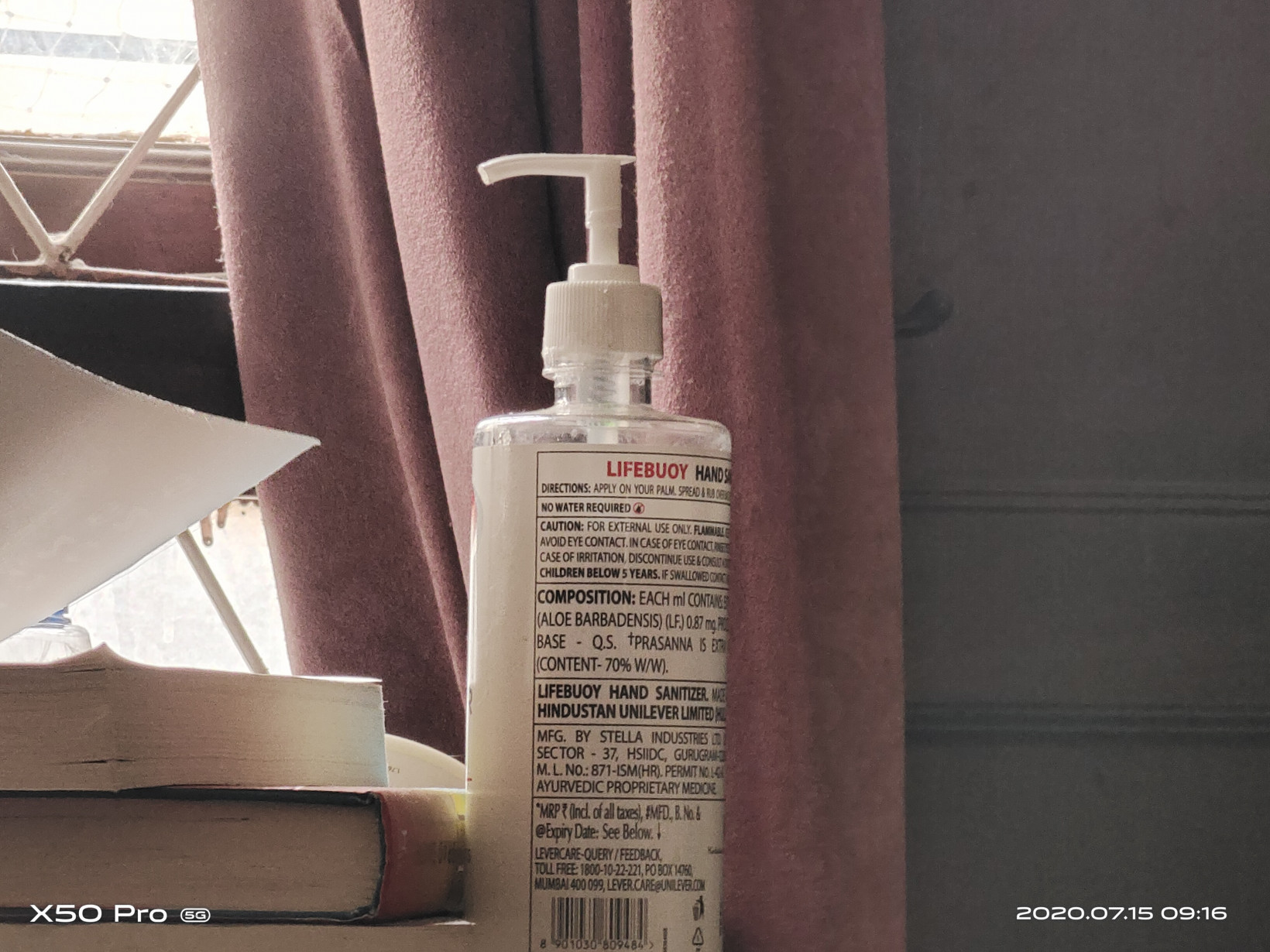 The phone’s wide-angle camera can take pictures with a 120-degree field of view. Interestingly, the same sensor is used for macro photography. The company says that I can focus on an object that’s 2.5 cm away from the lens. From a few macro shots that I’ve taken, I am yet to be convinced by that claim.

Vivo has included a moving gimbal-like assembly supporting the main camera to counter shakes from your hand while you’re holding the device. The company claims that the maximum anti-shake angle is 3-degrees. This is handy for when you’re moving and want to take photos of a still object or vice versa.

The phone has a night mode that takes bright pictures and retains a lot of details. It’s not close to what you see in the dark, and not all colors are accurate, but its intention is to make things ‘visible’. The night mode takes multiple frames for around 3 seconds, so the gimbal is useful to negate all the shaking from the hand during that time.

The main sensor also takes snaps with longer exposure if it detects that your surroundings are too dark. All that’s hunky-dory, but when you’re taking photo of your indoors, during evenings, photos feel a tad over-exposed. It feels like a day or noon-time photo rather than an evening photo with mellow light. 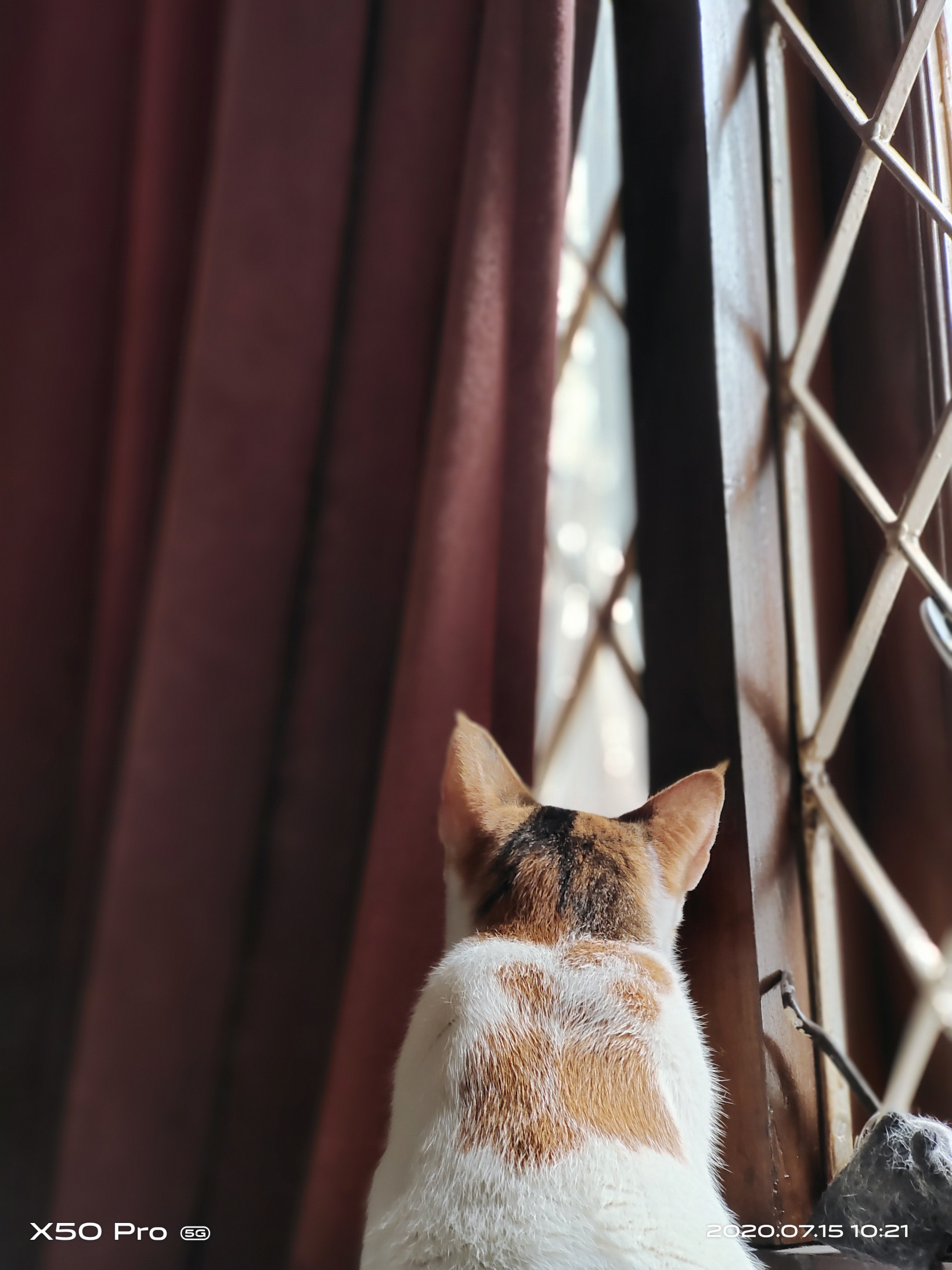 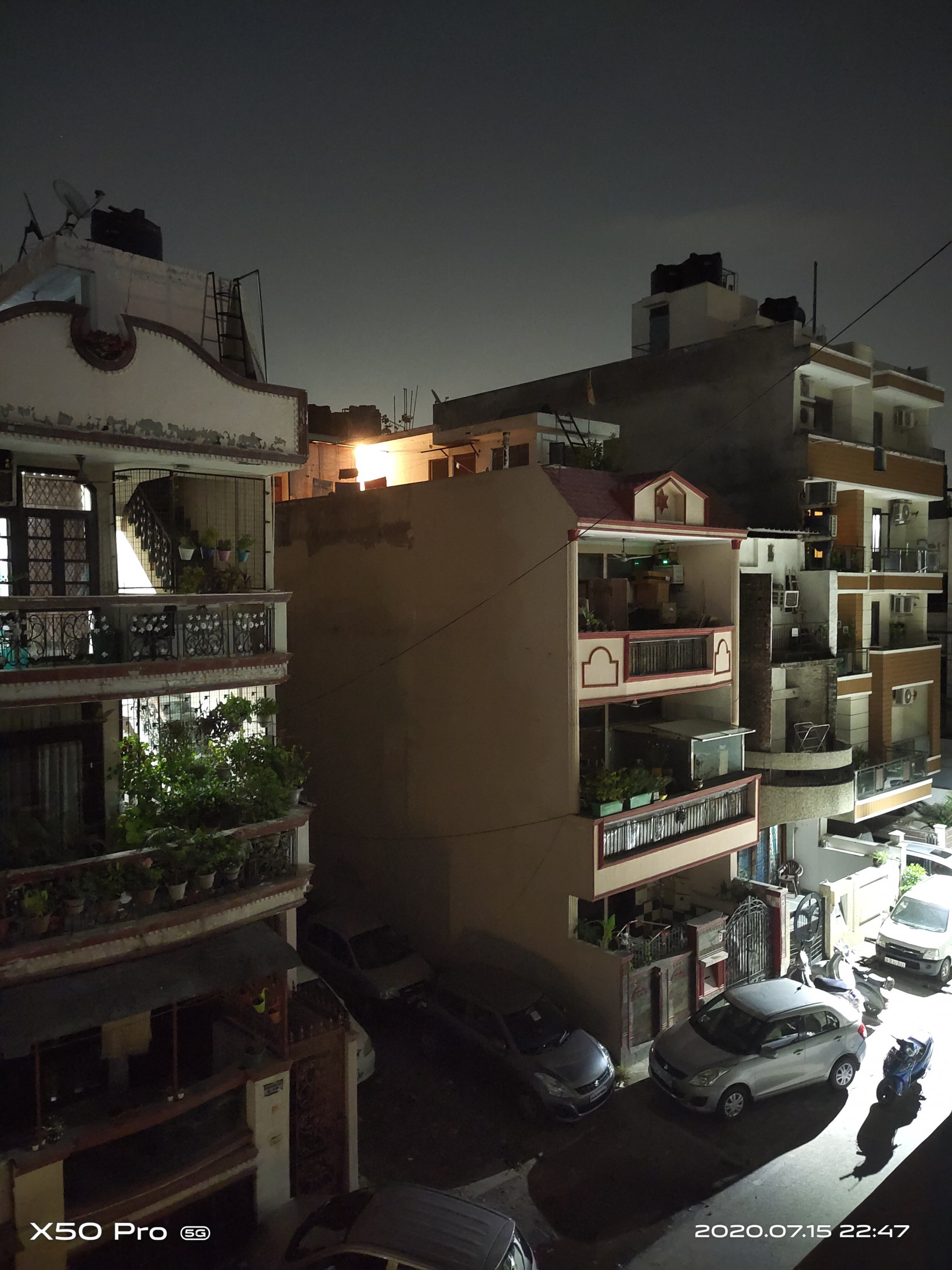 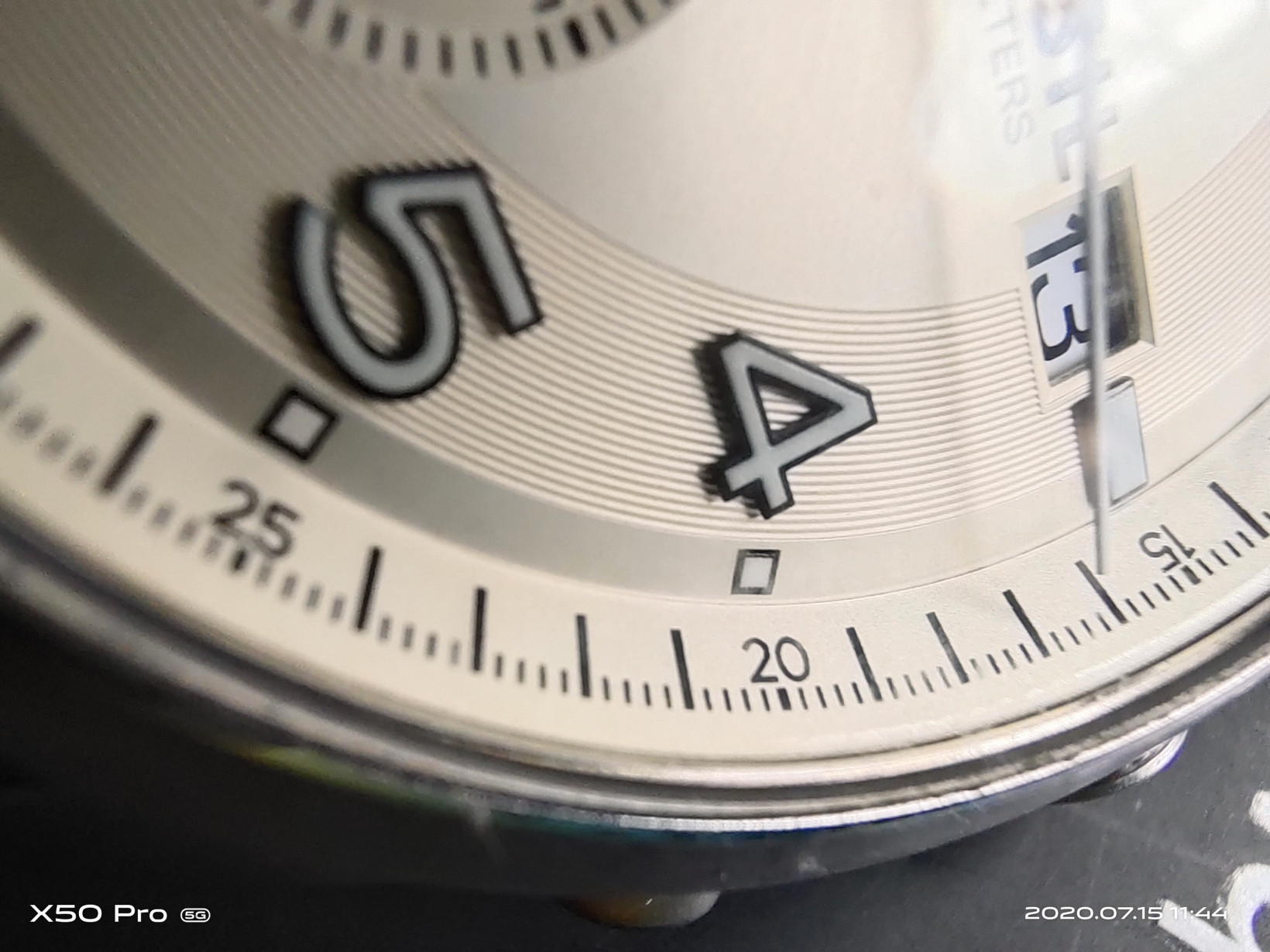 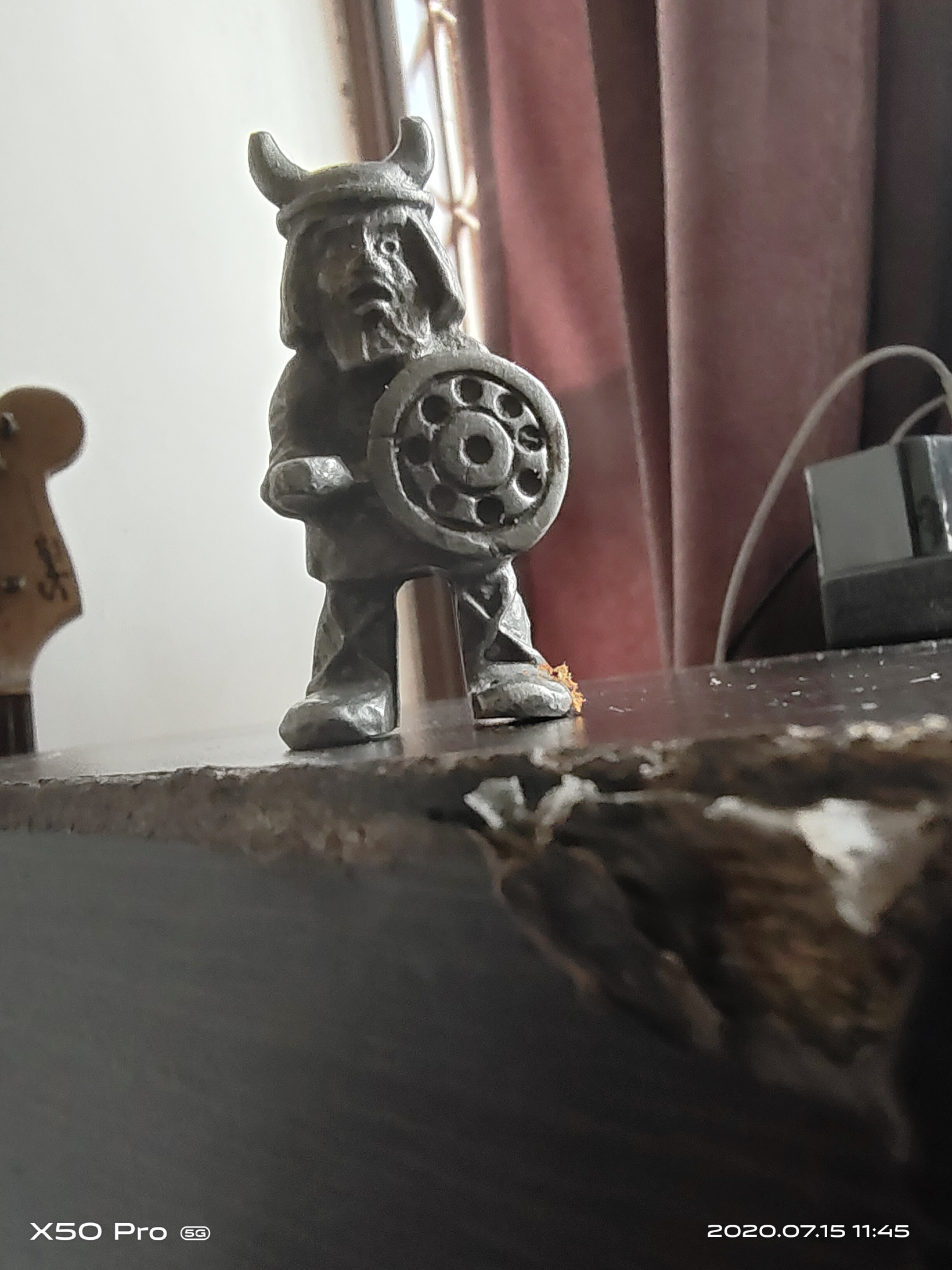 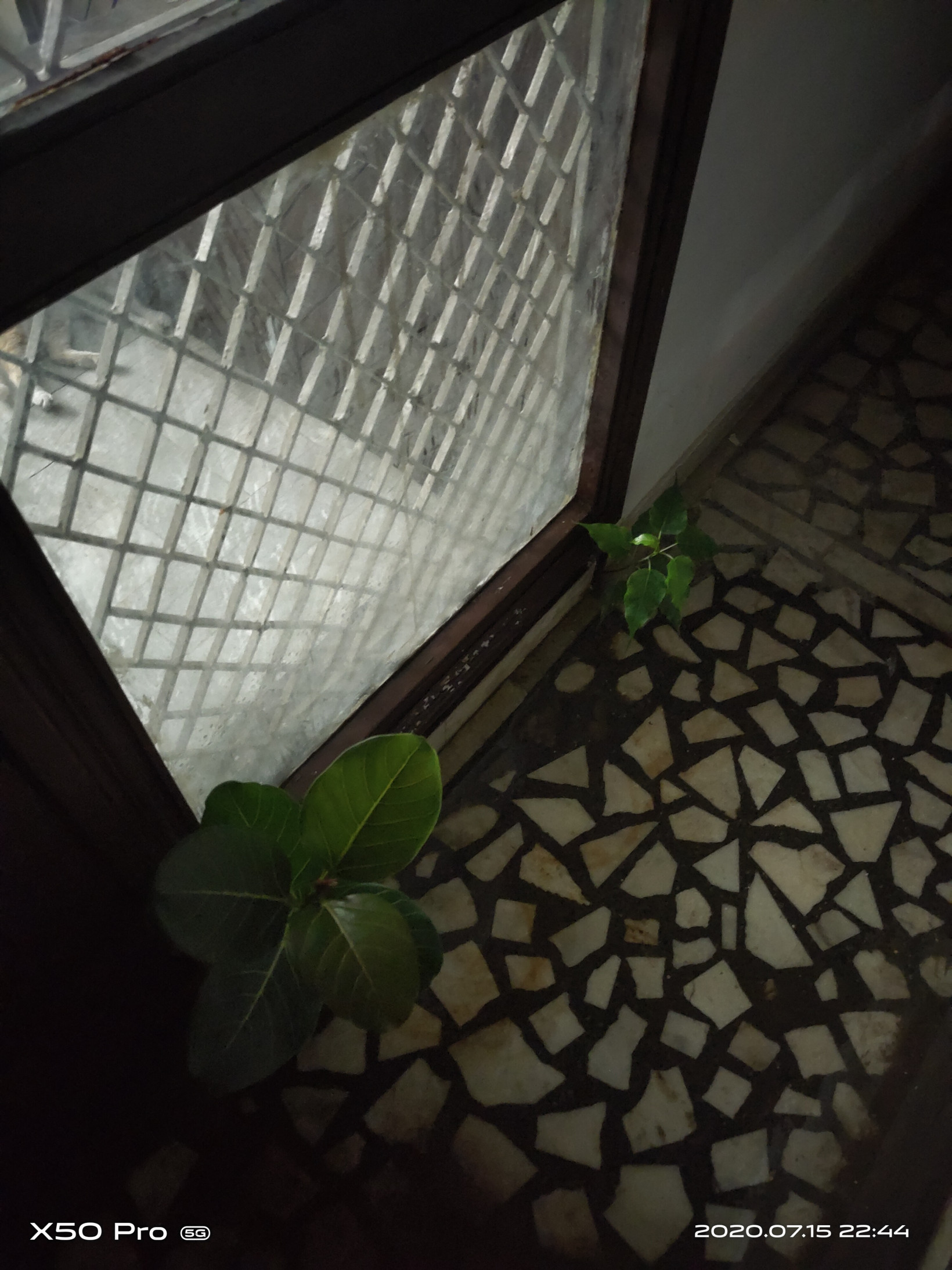 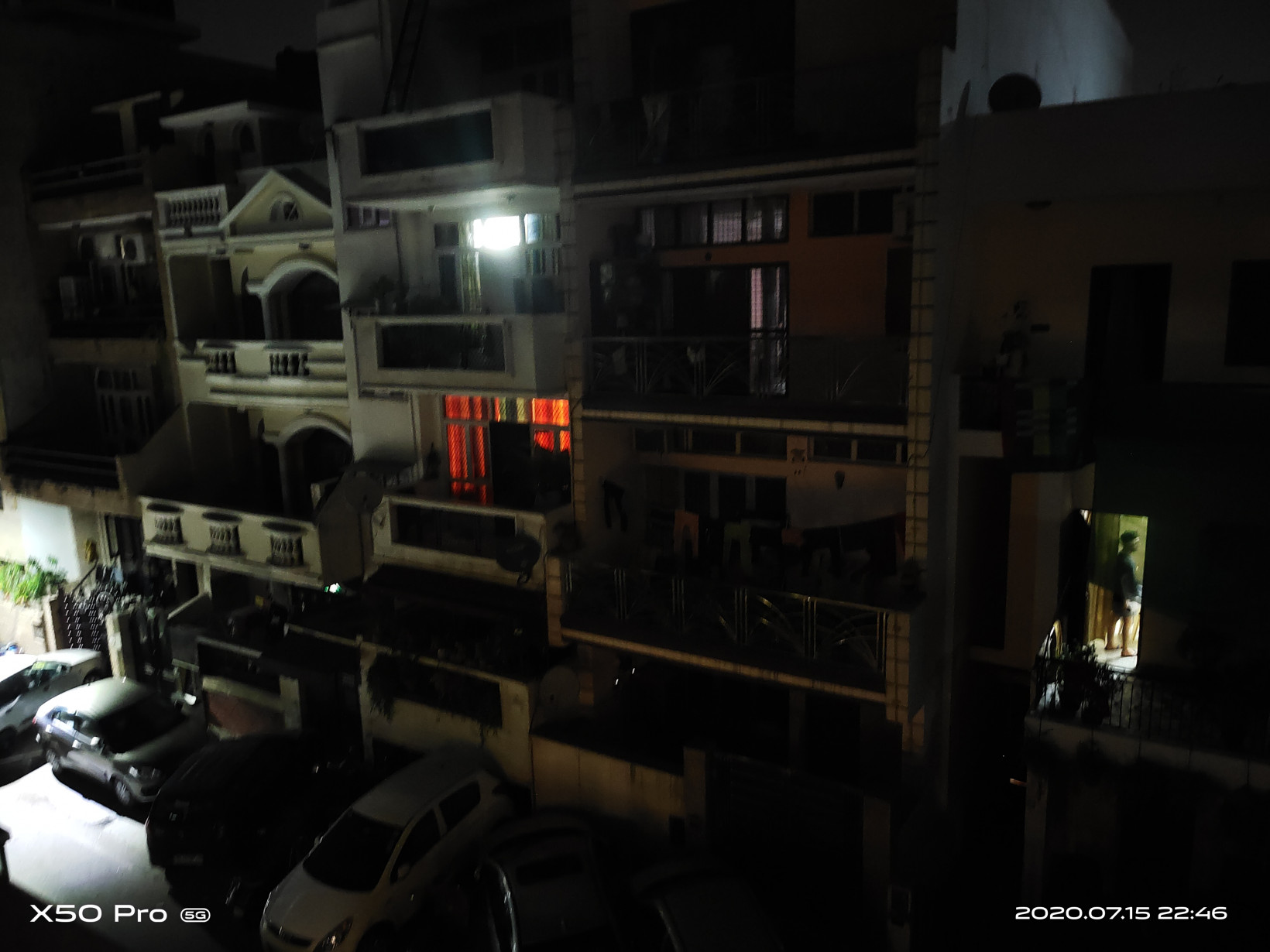 The Vivo X50 Pro is an impressive bet in terms of design and camera prowess. The company’s releasing the phone in India at ₹49,990 ($665). And that might raise a few eyebrows given the OnePlus 8 is available at a lower price and better specifications.