Twitter is releasing to the general public a new way for advertisers to better monitor their budgets and efforts. The microblogging platform company announced today that a conversion tracking tool is now available to better monitor impressions and engagements from Promoted Tweets. It is the latest offering the firm has added to its analytics package.

The conversion tracking tool has actually been around for several months, but only in private beta. Today is the first time when anyone can sign up to take advantage of it. 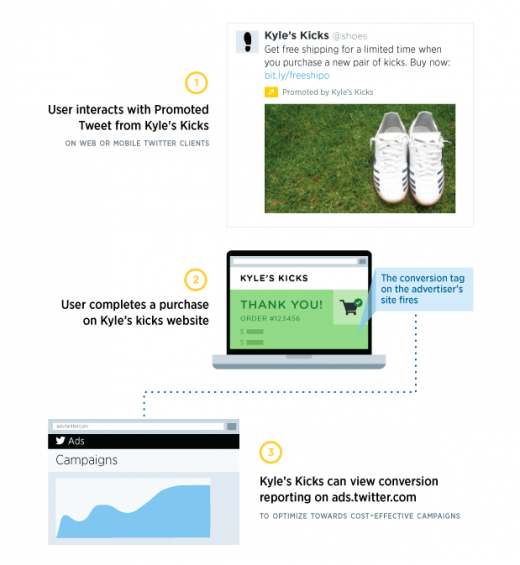 How it works is that advertisers would launch a Promoted Tweet campaign and then insert a “purchase” conversion tag onto their confirmation page. When a user clicks on the link in the Tweet, they will make their purchase and it will register on Twitter’s analytics program.

The company says that it will then match that event against the “set of users who have viewed or engaged with any valid Promoted Tweet campaign.”

So what’s the benefit of having conversion tracking? Twitter thinks that advertisers will find this handy since it will now be able to tell what specific element or action attributed to the click-to-buy, how many times the Tweet has been viewed, and any other platform-specific engagement metrics.

As Twitter continues its growth as a public company, it’s not surprising that the conversion tracking tool is now available. After all, advertisements is perhaps one of its biggest sources of revenue and customers are always looking to measure their campaign’s success based on what their Return on Investment (ROI) will be.