With all of the opinion being tossed around about the future of third-party apps under Twitter’s new restrictive API rules, there hasn’t been a lot of reasoned response from the developers that are most affected.

Today, Tweetbot developer Tapbots posted a nicely composed set of thoughts about its future under the rules that anyone interested in this mess should read. It explains how things like the new rate limits will affect apps like Tweetbot and how they plan on tackling compliance.

But the most important aspect for users is that Tweetbot for iOS and Mac aren’t going anywhere. Developers Paul Haddad and Mark Jardine say that they will continue work on the app, and that the most controversial aspect of the restrictions, the user cap, should still allow them room to grow for now.

“I can’t say that I’m thrilled with the idea of caps on the number of users, I feel that part of what makes the Twitter ecosystem interesting is the wide ranging apps available to it,” says Haddad. “I think we and others fill an important niche in that system not served by the current Twitter apps and would’ve much preferred to see some some other approach. Regardless the decision has been made, so let’s look at what this actually means to Tweetbot. 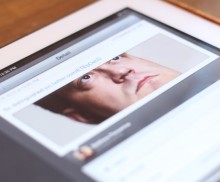 The post stresses the fact that all current users will be fine, and that one user token is good for all of the permutations of Tweetbot that each user runs. This means that the cap doesn’t count against each of the clients that a person runs.

Tweetbot currently serves over 100,000 users, so its cap will be 200% of whatever that number is, not 100k like a smaller app’s would be under the new rules. Haddad says that this number is “pretty huge” and that the app won’t hit that cap for a few years. Since there is a shared code-base between their apps, work can continue on all of them relatively easily for years to come, and a Mac beta is on its way.

So, at least for Tweetbot, the future is ok for now. As I mentioned yesterday, Twitter setting a maximum cap on the number of users effectively limits the lifespan of many third-party apps. But that lifespan appears to extend a few years out for Tweetbot at this point.