I spend a rather ridiculous amount of time watching foodie shows. Diners, Drive-Ins and Dives, The Best Thing I Ever Ate and shows like them are my guilty pleasure, and just about the only reason I’d ever consider paying for cable again. Given that I also travel quite a bit for my job with TNW, I like to try to track down the restaurants that I see on these shows, but it’s a difficult task.

The problem is that almost all of these shows have their own websites, all set up differently from one another. So if I’m going to Boston next week, I’d have to go through 10 different sites and all of the episodes to figure out what restaurants were featured. TV FoodMaps is a website and mobile app (for iPhone and Android) that makes my foodie quest so much easier.

TV FoodMaps is the brainchild of two brothers who work in IT. They’re food show junkies like me and they travel a lot too. So to scratch their own itch, they started building TV FoodMaps in their spare time. In doing so, it’s attracted a huge amount of users who are rabidly dedicated to the service.

The project is completely bootstrapped, pulling in its only money from advertising on the site and within the apps. As such, and because it’s free, expect to see ads placed around the site wherever they’ll fit. The site itself isn’t the most attractive thing you’ve ever seen, but it’s functional and easy to use.

The iPhone app, which I’ve been playing around with for the past day, is a bit easier on the eyes. While it’s still no looker, it’s highly effective for finding featured restaurants near your location, reading more about them (the app has links to CitySearch for most of its external content) and sharing what you’ve found. For much of the content, there are even links to the show clips hosted on YouTube. 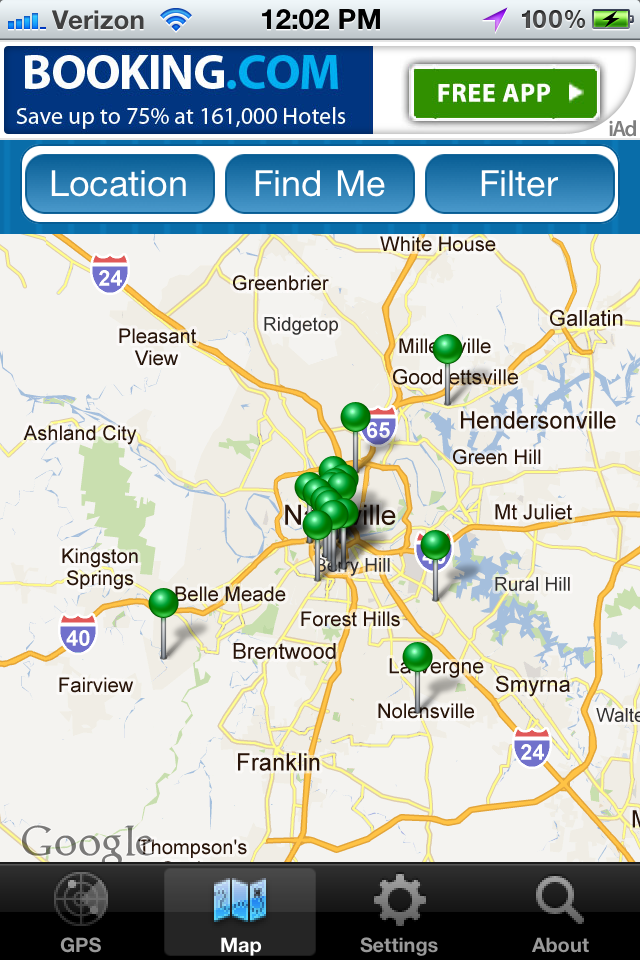 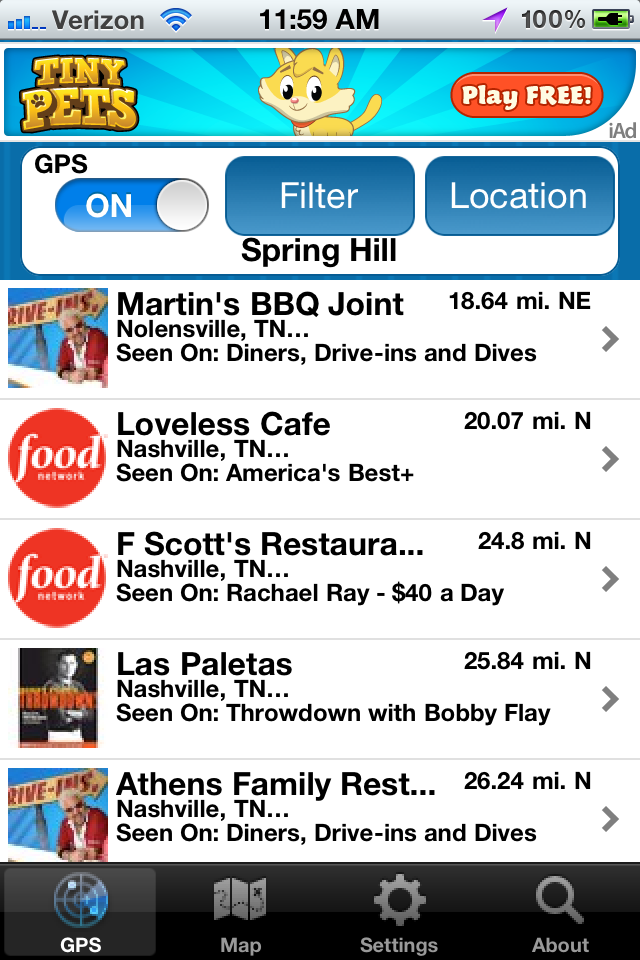 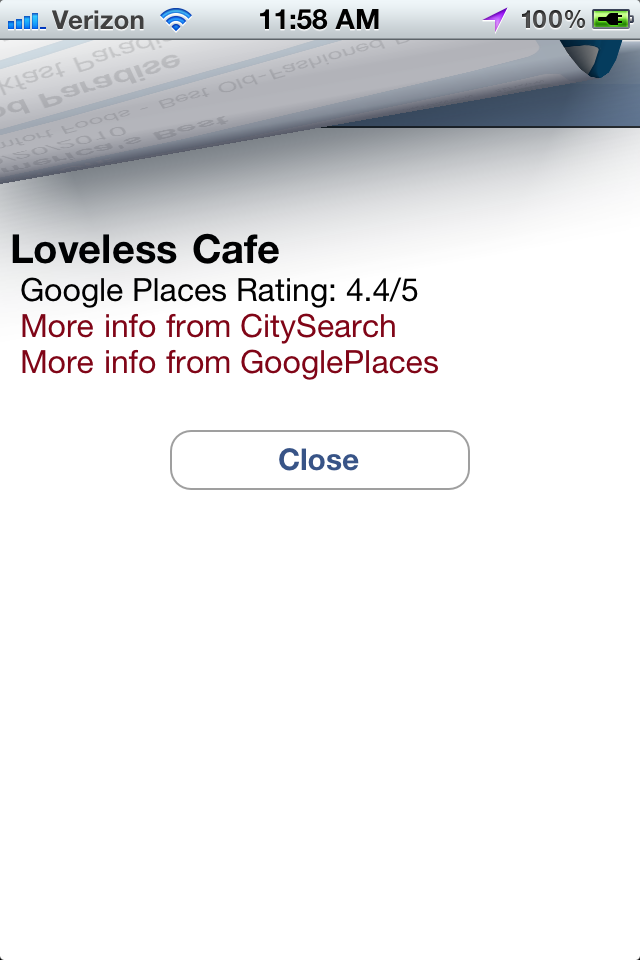 TV FoodMaps doesn’t require you to have an account to use it, but if you do choose to sign up for one you’ll get some nice benefits:

In short, it’s not only a fun way to find out if you have “famous” restaurants around you, it’s actually a pretty entertaining way to plan your weekend outing. When you head out, make sure to hit up the foodie app of your choice, be that Yelp, Foodspotting or if I may be so bold as to recommend my favorite, Forkly.