Trunx, a photo sharing and storage app that launched with the promise of free storage for life, has been updated today for iOS to bring new features and a lightly tweaked UI to the platform. 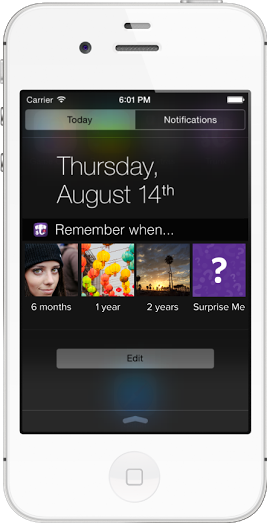 Among the additions is a ‘Memori Lane’ feature (which shows a “surprising” photo, similar to Timehop from the same day in years gone past) a redesigned interface that should make for faster uploads and downloads, and increased capacity for ‘SharedPix’ albums – you can now have up to 1,000 images from 100 users.

Other tweaks to the platform include an improved tagging system and extended video capture capacity – you can now take up to 30 seconds of footage and upload it straight to the cloud. Which, of course, is the whole point of an app like Trunx.

The company said that since its launch just over eight months ago, it has been installed over 400,000 times and has stored over 117 million photos in its cloud, saving 120 terabytes of on-device storage. Users who register before the end of the year get free photo storage for life for the images that they upload. After the end of 2014, pricing plans will be introduced for users to buy additional storage.

We’d expect to see the same features rolling out to Android users in the near future, too.