There’s probably not a single person on the planet who thinks foreign-currency transfers are cheap, or even priced reasonably, unless he or she works for a bank.

Yet surprisingly, there hasn’t been that much innovation in the space so far. A new European startup co-founded by one of the people who joined Skype when it was still a cute little baby company aims to change all that, and they’ve received backing from some heavy-hitters who would like to see them succeed as well.

TransferWise, as the Estonian company is called, is today announced seed funding to the tune of $1.3 million for its crowdsourced money transfer service. The capital injection is one thing, but in this case it’s also worth noting who invested.

Backed early by Seedcamp, TransferWise has received new funding from IA Ventures, Index Ventures, PayPal and Slide co-founder Max Levchin in addition to a group of unnamed ‘strategic’ angel investors (including the people behind household names in the financial tech industry, such as Wonga, Betfair and PayPal).

Seedcamp participated in the funding as well, along with early-stage investment firms Kima Ventures and The Accelerator Group.

TransferWise’s mission is, or sounds, deceptively simple: to make moving money from one place to another securely and quickly at a minimal cost.

It employs a peer-to-peer model to get the best foreign currency exchange and transfer rate for end consumers, bypassing banks, and has already saved its early users over half a million pounds since its launch in January 2011.

All TransferWise money transfers are handled according to the real mid-market exchange rates that traditional, big banks receive on the interbank market, only they will charge a heap more for (often hidden) ‘services’ rendered.

Instead, TransferWise uses the mid-market rate, and charges only a low, nominal flat fee on small transfers (just £1 on transfers up to £300).

Currently, the startup only supports payments through its digital platform between the UK and eurozone countries, but they are obviously looking to expand to other currencies in the near future.

Importantly, TransferWise is licensed by the UK Financial Services Authority as an Authorised Payment Institution. 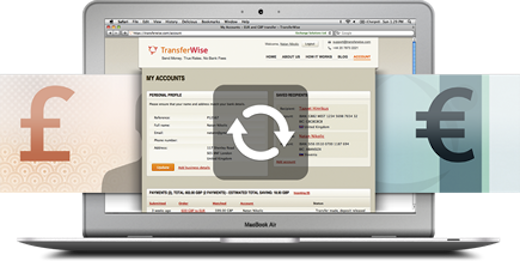 A video embedded below shows you how it works.

TransferWise was co-founded by Taavet Hinrikus, who played an instrumental role in getting Skype off the ground back in the day after working as a product manager for Joltid, the company that basically invented the P2P content delivery network that is still the foundation of Skype today.

The other co-founder is Kristo Kaarmann, a financial services expert who previously spearheaded strategic efforts with Deloitte and PricewaterhouseCoopers.

The startup has set up shop in East London at TechCity UK.

Roger Ehrenberg, founder and managing partner at IA Ventures, will join TransferWise’s board of directors. Which makes sense:

Ehrenberg used to be president and CEO of DB Advisors, Deutsche Bank’s internal hedge fund trading platform, before becoming an angel investor, and later a venture capitalist. He’s invested in companies like bitly, Buddy Media, Clickable and TweetDeck and serves on the boards of Datasift, Metamarkets and Simple.com.

With this kind of backing, it’ll be interesting to see how far TransferWise goes in its quest to bring transparency to the world of foreign money exchanges and transfers. 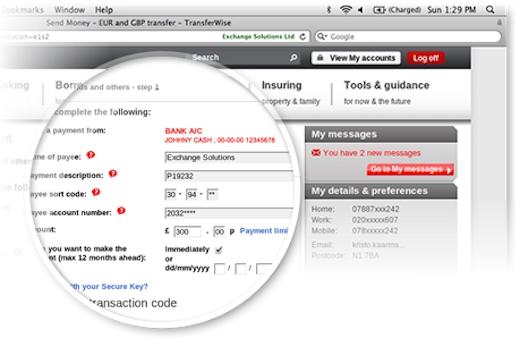