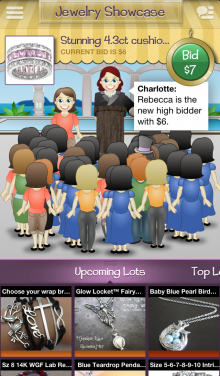 Three months after Tophatter took its fast-paced live auction marketplace to iPads, the California-based startup has now arrived for Android users too.

Tophatter first launched on the Web way back in 2012 before arriving for iPhones earlier this year. It sells itself as “the world’s most entertaining live marketplace”, letting buyers and sellers chat and network as they bid on items. We previously described it as eBay on speed.

In addition to its Android launch, Tophatter is also arriving outside the US for the first time, and is now available in Canada, with the UK and Ireland being added in the coming weeks. South Africa, Australia, and New Zealand will join “in the near future”.