Last Friday (19th May), another unforgettable chapter of TNW Conference 2017 came to a close in Amsterdam.

With the likes of Imran Khan (Chief Strategist, @Snapchat), David Karp (CEO, @Tumblr) and Ray Chan (cofounder and CEO, @9GAG) joining the stage as speakers, the event turned out to be nothing less than the perfect nerd date.

What REALLY went on after #TNW2017 closed… ? pic.twitter.com/BEoO0afbMe

This year, our conference attracted over 25,000 attendees to Amsterdam. This physical presence pales in comparison to the 120 million people who followed via social media or watched the TNW x LiveU livestream.

In terms of TNW Conference coverage on social media, the international tech-loving community was able to follow every step of the event on Instagram Stories, Twitter, Snapchat, and Facebook thanks to the incredible social media team of 10 people who spent several months planning for the event.

It’s all about the hashtags, mentions and retweets

When we dive deep into Twitter’s data about the official hashtag #TNW2017, it shows us it generated an incredible 875+ million potential impressions during the week of the event, beating TNW Conference 2016’s haul of 453 million impressions.

Oh… and it was also trending in the Netherlands, Belgium, Denmark, Switzerland and even the US!

Elsewhere on Twitter – over the two event days, there were 6,691 mentions of @TNWconference and over 9,000 tweets talking about it. These generated a total potential reach of over 119 million accounts.

The battle of the speakers on Twitter was won by DJ Hardwell who took out two number one spots as Most Popular Twitter Account and Most Popular Speaker, with his tweets generating over 7,000 retweets and 24,000 likes during the week of the conference.

CEO and Co-founder of The Next Web, Boris Veldhuijzen van Zanten (@Boris), accrued the most amount of Twitter mentions, coming in first with 14 attendees probably tweeting him for more toilet paper.

For a fuller overview of what went down on social, this infographic gives you a neat summary:

Whether it was people at the event, viewers of the livestream, or speakers on stage, they all got social and shared their own TNW moment.

"Are all our employees at work or at #TNW2017?"
"Nah, I looked into the office and they are all behind their desks working" pic.twitter.com/99aAfm6R3k

Thank you for having me, @TheNextWeb!! Great to share my career story! ? #TNW2017 pic.twitter.com/wboDcRBFNs

Thanks for your empathy and humility @chasejarvis. Our paths will cross again for sure. ?? pic.twitter.com/2JlaEi7Aw1

Oh… And Donald Trump made an unexpected call in to the Conference:

*This may be FAKE NEWS
(Turn your volume UP for this one) pic.twitter.com/Am1ZZrtGXo

Once upon a (social) time…

It wasn’t all just about Twitter and Instagram though. TNW Conference 2017 had a weird but (of course) wonderful Instagram Story created by the talented Imran Azam (@moiazam).

There was also an exclusive custom Snapchat Geofilter which proved popular across the two days of the event:

Here are a few clips incase you missed the Instagram story, or weren’t in Amsterdam to activate the exclusive Snapchat filter:

Be a good Millennial… Use the #TNW2017 Snapchat filter if you are here today ? https://t.co/AAp4lDF3Na pic.twitter.com/WEjZ5wcxS0

The TNW Conference VIP boat afterparty got out of control…

The TNW social team filmed, edited and published a bunch of awesome videos which encapsulated the festival vibe and almost party-like atmosphere of TNW Conference.

Here’s a few of the videos from the many great ones they produced:

Two days of inspiration, creativity, networking, geeking out… and of course, partying!
Make sure you’re part of the action next year when TNW Conference 2018 hits Amsterdam.

But hey, if you can’t make it, the social team at TNW has got your back ;) 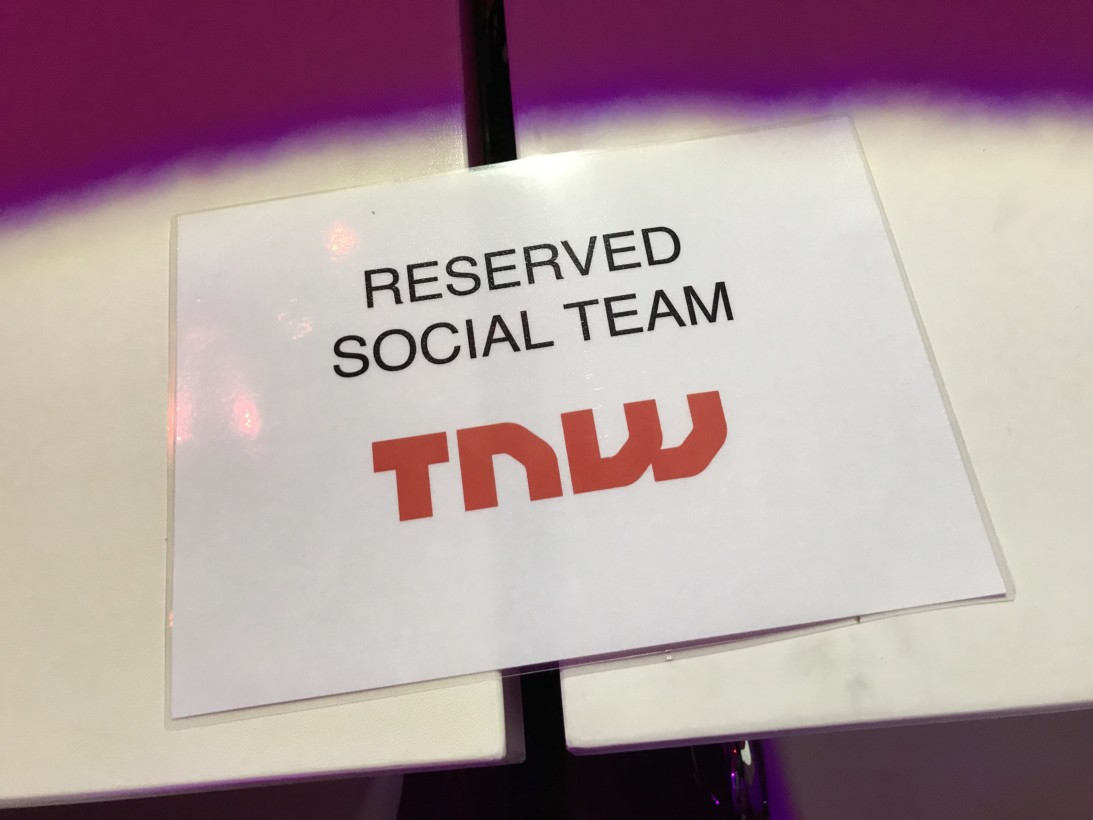 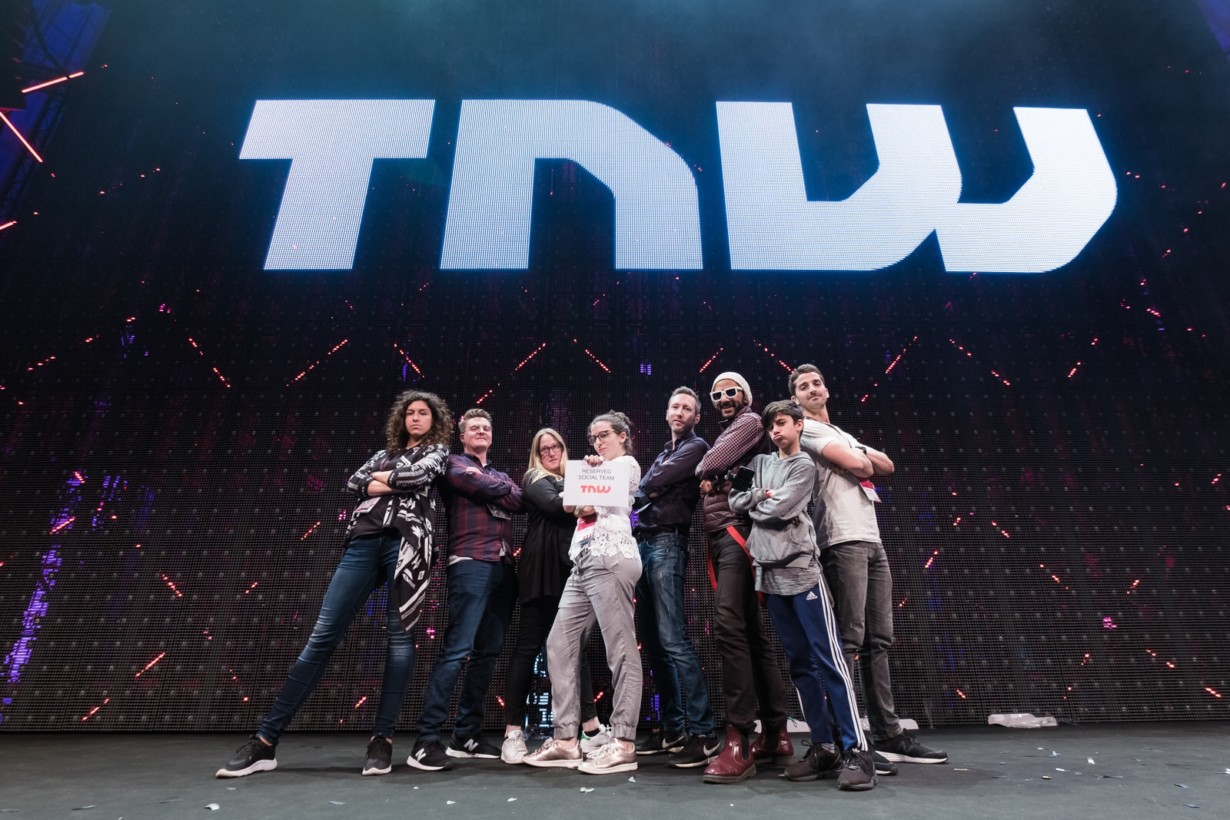 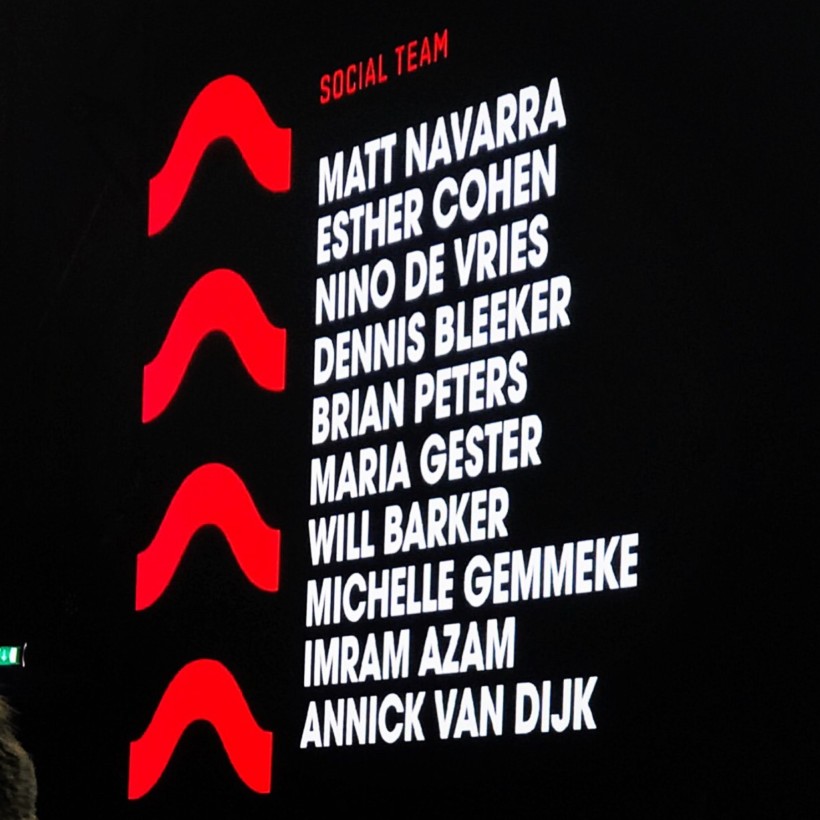 It's been real fellow geeks…
Thanks for the good times.
'Till next time ? ? 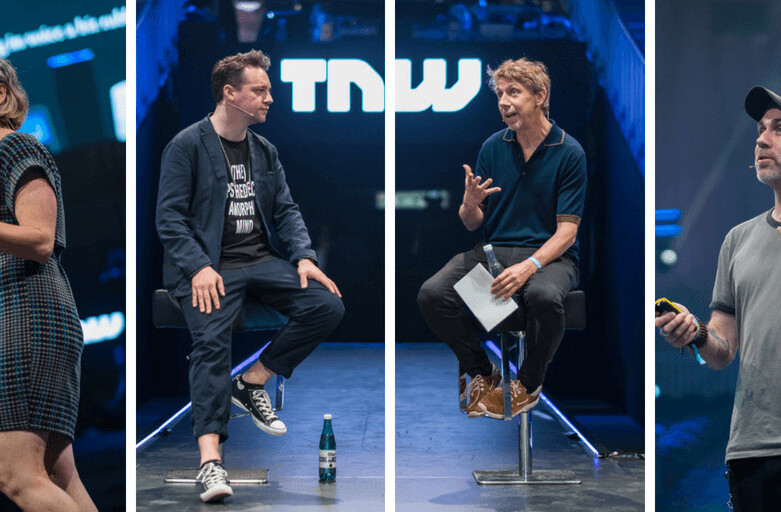