It’s a pretty common occurrence around TNW’s email and backchannel that we’ll discuss an idea for a new product or a tweak to how we do things. Sometime in early 2012, TNW’s CEO Zee brought up the idea that we could gather really smart people and have them teach classes in subjects about which they were passionate. It was from this discussion, and a lot of initiative from our CMO Jorg Ruis, that TNW Academy was eventually born in October of 2012.

Our first few classes have been a toe in the water, so to speak, to validate the processes and platforms upon which we’ve built the product. Overall we’ve been very encouraged by the results that we’ve seen in this six-month test, so today we’re graduating Academy into a full-fledged member of TNW’s family of products. 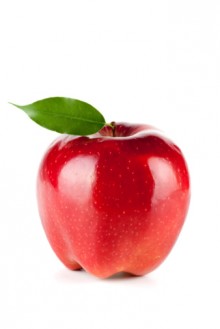 In my time with TNW, I’ve prided myself in finding areas in which the company could use some dedicated attention and then nurturing those areas until it was time to move on to the next while turning over the reins to a fitting successor. A few months ago (roughly around the time that we started publicizing Academy, as chance would have it), I took over as Director of Business Development for TNW, Inc. Our US-based company had some housekeeping that needed to be done, and we had spent a few years focusing on traffic growth rather than revenue. My intention was to fix these problems.

Six months into the role as Director of Business Development, I feel like the groundwork is done, and now there are people who can better accomplish the tasks at hand. So, in essence, I’m firing myself from my own job in order to move on to another one. We see TNW Academy (as well as some other products that you’ll hear about soon) as being instrumental in the continued growth of our company. As publishers continue to struggle in the battle of advertisers versus content, we feel that it’s a unique offering and an opportunity to do something different than what you’re seeing on every other technology blog.

But we also know that, like The Next Web itself, TNW Academy will be nothing without you. So it is with that in mind that we want to hear from you. What sorts of classes would you like to see? Who do you want to see teaching them? Now that we have someone running Academy as a full-time job (can I call myself Dean? Maybe Headmaster? No?) there will be much more focus on what we’re providing with it as a product.

I’m passionate about education; about teaching people to be amazing entrepreneurs instead of just good employees. With the TNW Academy platform, I’m hoping that we can do that and much more. So please, join us on this trip as we help make the world a smarter place. Drop your suggestions below and let’s all make a difference. Need an idea of where to start? Here are a few of our past classes that have been rousing successes: