Wise words from American author Gail Sheehy, which I’ve included here because it’s the only quote I can remember with the word “change.”

That said, it also brings me neatly onto a few recent changes at The Next Web that I’d like to share with you. 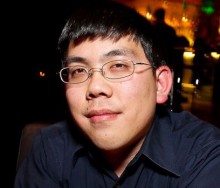 Firstly, a very warm welcome to Ken Yeung. Ken joins us as our new Bay Area Reporter and whilst previously not a full time blogger, Ken (and his camera) have developed quite the following in San Francisco and the Bay Area. In the words of someone we spoke to during his application process “he.knows.EVERYONE.” He’s also a die hard breaking news tech geek. And having previously been Editor-in-Chief of Bub.blicio.us, he ticked all the right boxes. We’ve no doubt he’s going to become an integral part of The Next Web and the tech blogosphere in no time. 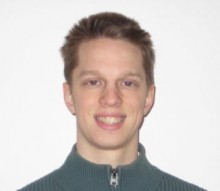 And another new recruit we’re proud to introduce: Emil Protalinski. Emil joins us as after stints at a number of top rate publications including ZDnet, Neowin and Ars Technica. Emil is a rare breed: he has an unwavering passion for breaking news – he eats, drinks and sleeps technology. Emil will now be leading our coverage of Canada, so you can expect a lot more attention being given to the Canadian tech scene, its influencers and start-ups. A little known fact: Canada is our second most popular source of traffic! 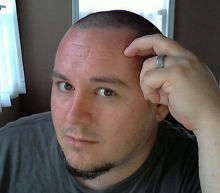 Brad McCarty is taking a step back from his content focused role as our US Managing Editor and dives head first into a new role as our Director of Business Development. *Applause*

There are few people who understand how TNW works better than Brad. Over the last few years he’s played a crucial role in not just doing what a managing editor does but also assisting in the mass of behind-the-scenes work that has helped us grow into a full fledged company and one of the leading technology publications on the planet.

With 16 years of marketing, advertising and content-based experience, Brad will be responsible for identifying, pursuing, closing, developing and managing unique partnerships & products that generate revenue, grow online traffic, expand our audience and strengthen the brand. He’s got his work cut out! 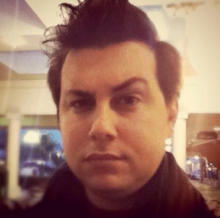 Matthew Panzarino has risen fast up The Next Web ranks, speedily becoming one of our most prolific authors. Want proof? Check out who Techmeme’s most sourced author is over the last month. Today, it’s a pleasure to announce his promotion to The Next Web’s US Managing Editor. Succeeding Brad, Matthew will work alongside our EU Managing Editor, Martin Bryant, and be responsible for the editorial direction, team management and content published on the site. He’ll be making sure we maintain the high standards we’ve set for ourselves at The Next Web and ensuring every single member of our full time team live up to their potential.