With the Internet Week taking New York by storm for the last few days, it has been yet another busy week in the media world. Here’s our selection of news and trends that can’t be missed.

As YouTube celebrates its seven birthday today, video has never been more ubiquitous. The platform’s fast-growing numbers speak for themselves:

“Today 72 hours of video are uploaded to the site every minute. Like many 7 year olds around the world, we’re growing up so fast! In other words, every single minute you now upload three whole days worth of video instead of two. That’s 61 Royal Wedding Ceremonies, 841 Bad Romances, and 1,194 Nyan Cats.”

As Jumpwire Media’s founder Gavin McGarry said during one of the Internet Week’s panels, “the young generation doesn’t Google stuff, they YouTube stuff, and we tend to forget this is also search.” 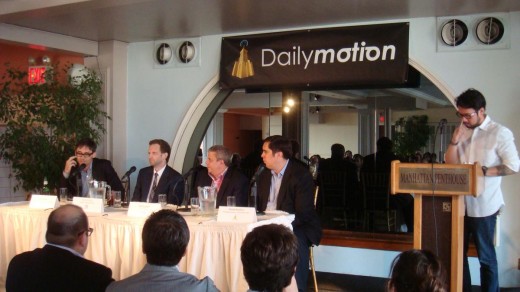 This obviously has an impact on brands, which should include YouTube in their advertising campaigns. But it’s not just about Google’s video platform, and this panel was actually hosted by its French competitor DailyMotion.

According to its managing director for the US, Roland Hamilton, DailyMotion is seeing an uptake in long form video. While some thought that short form content would rule the Internet, it seems that viewers have decided otherwise, thanks also to the tablet revolution.

Besides online video, there’s no doubt that tablets have boosted online news – and not only thanks to Steve Jobs. As a matter of fact, the Financial Times is the perfect case study for those who thought that there wasn’t any alternative to Apple’s Newsstand.

As FT.com’s managing director Rob Grimshaw revealed earlier this week, the newspaper’s paid online edition is so successful that it could soon outnumber its print circulation. According to Grimshaw, this means that newspapers shouldn’t underestimate the power of their brand; as he putted it, “The New York Times doesn’t need Apple either for people to know it exists.”

On the other hand, traditional newspapers are still suffering from the woes of their legacy business: print. According to BuzzFeed’s co-founder Jonah Peretti, who participated in I Want Media’s panel on the future of media,

All isn’t rosy in the digital realm easier. While banners remain the standard advertising format, insiders agree that their efficiency is less than optimal. In other words, they are nothing but a stopgap. 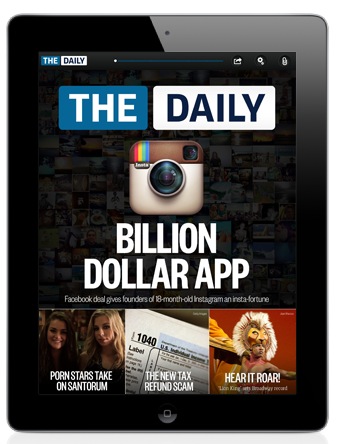 Yet, some signs indicate that this format is finally on the way out, thanks to recent experiments around in-content ads. For instance, NewsCorp’s digital-only newspaper The Daily is experimenting content-rich ads which often include videos and are closely linked to editorial, its publisher Greg Clayman explained.

This need for new ad formats also exists when it comes to television. To give you one example, Dish has recently introduced a new ad-skipping technology called Auto Hop, which will let users skip TV commercials. Unsurprisingly, the media giant CBS isn’t exactly happy about it, as we reported a few days ago:

Despite these threats, CBS itself has already acknowledged the ongoing changes in TV viewing, with the boom of dual-screen viewing. Earlier this month, the media group launched CBS Connect, a social TV hub for TV fans.

However, broadcasters will have to face tough competition in the second-screen space. The British maverick Zeebox is one of the top names to watch, as it keeps on adding platforms and features, such as the newly launched ‘Group Chat’ option. While it isn’t available yet outside of the UK, it will be very interesting to follow what happens when it decides to enter the US market.