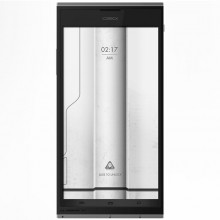 Unlike a standard smartphone, QSAlpha says the Quasar IV promises to “protect the user’s entire digital world”, including calls, emails, SMS and cloud storage thanks to its proprietary security software Quatrix.

The Android-based device achieves part of its enhanced security status by using the Quatrix software to generate a pair of public and private keys for each user. On top of this, the handset will also come with QuaStore and QuaCloud, the company’s secure app store and cloud storage services.

If the thought of an extra layer of security on your phone is appealing, $495 can nab you an early bird device for delivery estimated to be in April next year, so long as it reaches its $3.2 million target, of course.