This article was published on November 10, 2019

TLDR: The Blurams Dome Pro packs the AI and advanced features of a much more expensive home security camera, but it’s only $49.99.

Top flight home security systems usually come with top flight prices in the hundreds, sometimes thousands of dollars. So when you see a home security camera priced under $50, it’s easy to assume it’s probably a stripped down model with only a few of the advanced features available today.

However, the Blurams Dome Pro is a rare exception to that rule. In fact, you usually can’t find it under $50, but with this limited time offer, TNW Deals is knocking $10 off the regular price, bringing your cost down to only $49.99.

This indoor cam, which can be set on a tabletop or wall-mounted, connects to WiFi via its app and is ready for use in minutes. Once in place, the unit captures crystal-clear 1080p HD quality video footage, which you can also view live through the app. But where the Dome Pro truly shines is with its added features. In addition to full 360-degree coverage of your home space, the cam is also equipped with full smart AI enhancements that can distinguish the difference between people, pets and other moving objects. There’s even motion tracking and facial recognition built-in, so that the cam knows the difference between approved family members and friends or unwelcome intruders.

The Dome Pro also lets you create specific activity zones to augment motion detection; as well as safe zones that won’t be canvassed by the unblinking eye.

With extras like night vision, talkback features and special notifications and alerts, the Dome Pro functions like a security camera that costs a lot more. But right now, it’s just $49.99 while this deal lasts. 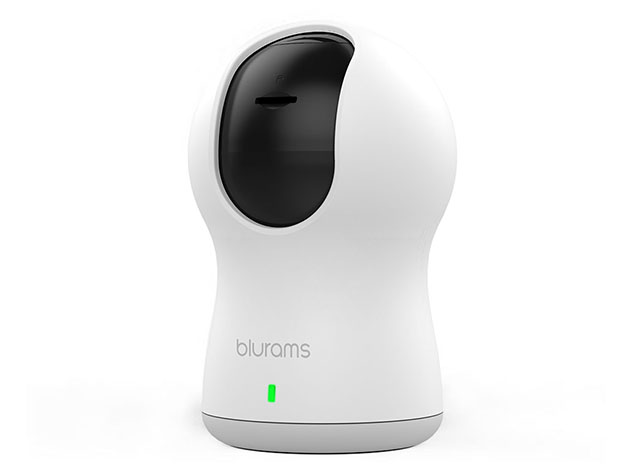