Getting an app update is always nice; it means the software has improved in some way, hopefully making the experience better. Even if it’s just bug fixes, at least the developers responsible for the apps are hard at work.

Changelogs help to let us know what’s been altered. Even if it is just those pesky, persistent bugs being squashed — we’d like to know. That’s what makes Tumblr’s latest update so annoying: the changelog is just a short story.

It’s not even a compelling story. As you can see in the screenshots below, the changelog is about some suits in a boardroom talking about what version number this update should be. 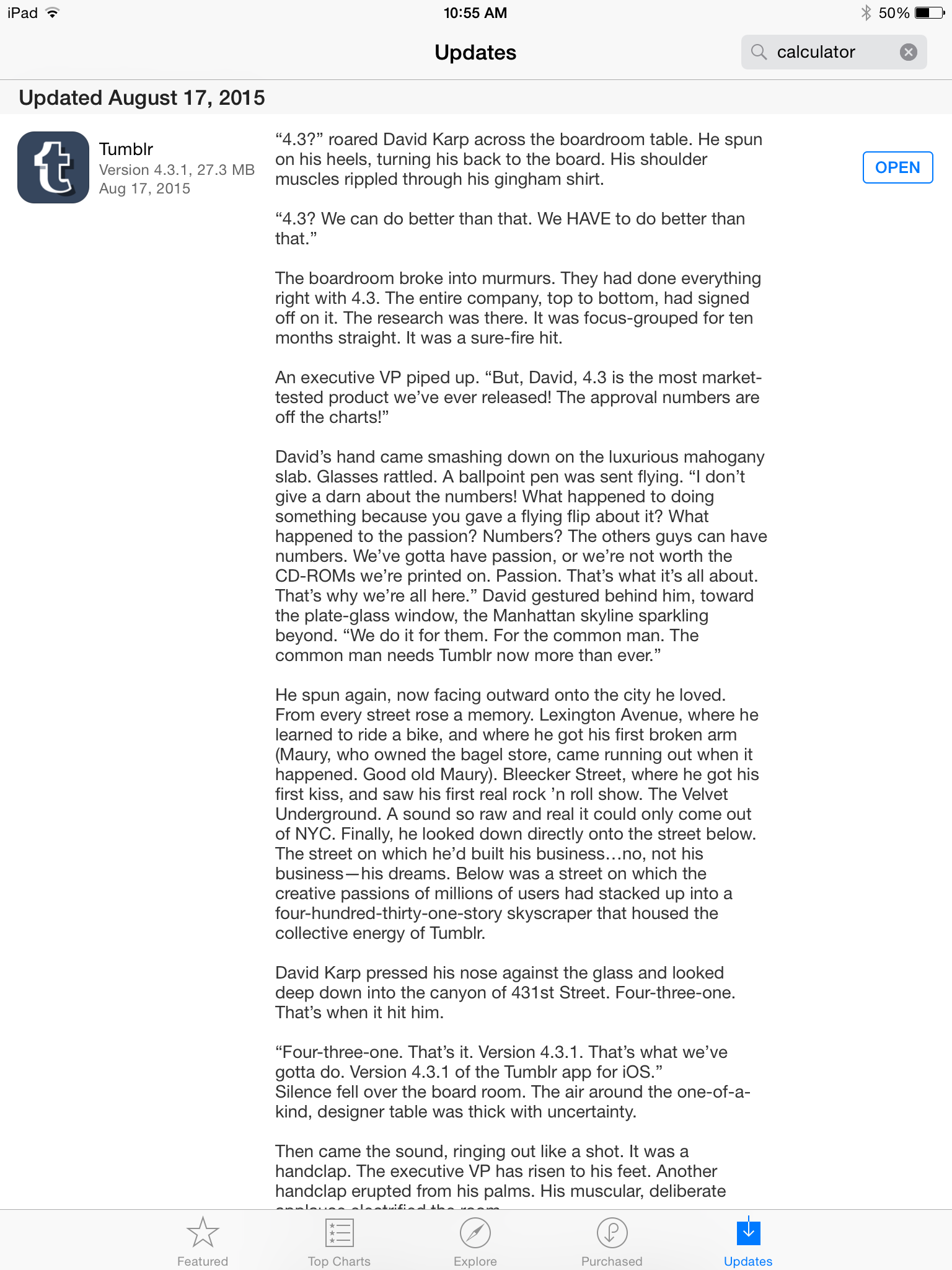 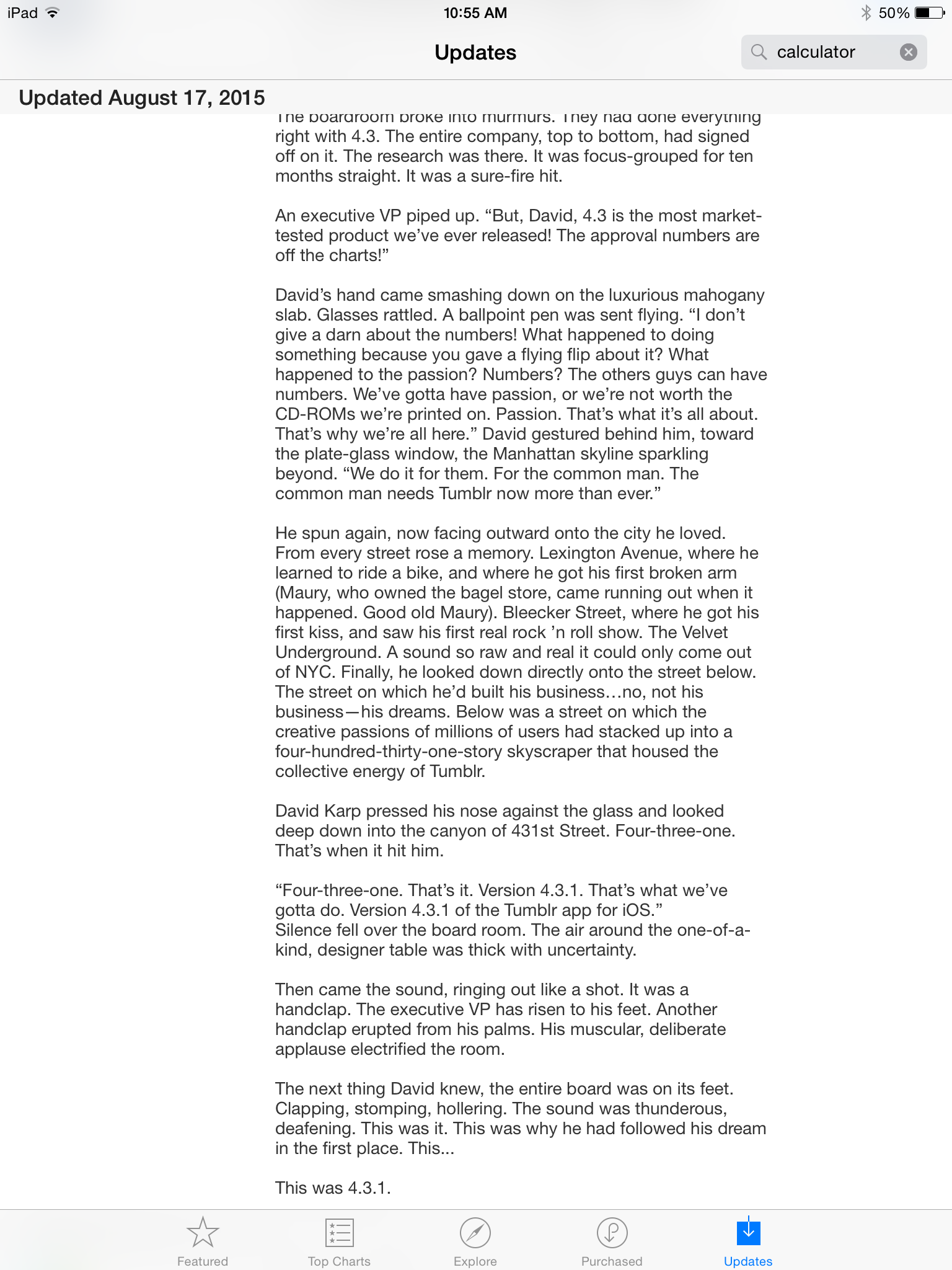 If you’re savvy about tech, you know adding a “.1” to the end of an update makes it fairly minor. To that, we can assume the update was just bug fixes, but we’ll never really know.

But at least meet me halfway, Tumblr. Write your story, then add a few lines at the end to tell me what’s been accomplished with this update. From the size of the changelog, it’s clear you’re not concerned with how long the text is, so what’s three to four extra lines going to hurt?

I’m picking on Tumblr a bit, but it’s far from the only ones doing this. I like that these changelogs are more than just a ‘we fixed some bugs’ comment, but I’d prefer they keep in mind short stories are just as polarizing. Tumblr is a blogging service, but changelogs are not.