Nest has updated its thermostat with a small, but welcome change: the screen is much larger and the overall device has shrunk.

The thermostat’s screen is now 40 percent larger and higher resolution at 229 PPI. Overall, the device has a slightly thinner profile so it doesn’t stick out from the wall. 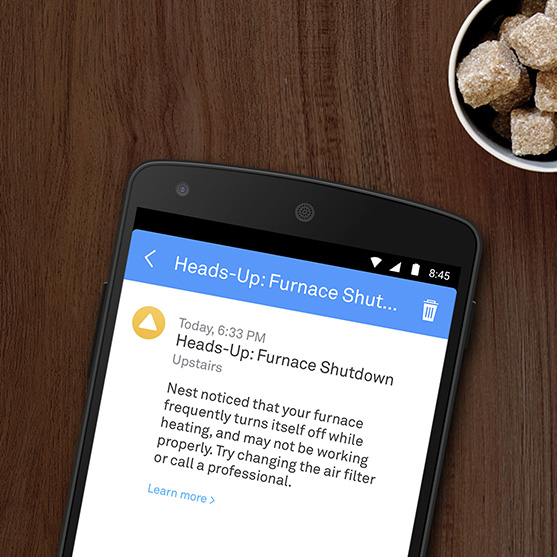 That’s along with an updated interface to make it easier to read the temperature. It also comes with a new feature called Farsight, which shows either the time or the temperature it’s trying to heat to on the screen as you walk into the room, from much farther away than in the past.

Another new feature called ‘Furnace Heads-Up’ warns about possible problems with the heating system before they happen.

The improvements probably aren’t going to make you run out and update your existing Nest, but they’re certainly enticing ones for new customers. The updated device is available from today.