It’s Budget day in the UK. The Chancellor George Osborne has dusted down his fancy red briefcase (known as the Budget Box or Gladstone) and delivered his statement to the nation on plans for the coming fiscal year.

So, what does that mean for tech?

The headline this year is that The Chancellor has pledged £50 million for investment in “super fast” broadband infrastructure in smaller cities around the UK.

This comes as part of the £100 million to create “super connected” cities announced last year in the Autumn statement.

To be Europe’s technology centre we also need the best technology infrastructure.

Two years ago Britain had some of the slowest broadband speeds in Europe; today our plans will deliver some of the fastest – with 90 per cent of the population having access to superfast broadband, and improved mobile phone coverage for rural areas and along key roads across the UK.

But we should not be complacent by saying it is enough to be the best in Europe when countries like Korea and Singapore do even better.
So today we’re funding ultra fast broadband and wifi in ten of the UK’s largest cities.

My HF for Brighton Kempton asked me to help small cities too – no doubt with his own city in mind. I agree. £50m will be available for smaller cities too.

The fastest digital speeds in the world available in our cities, with the most connected countryside in Europe – and the most creative digital content anywhere.
That’s what a modern industrial policy looks like. 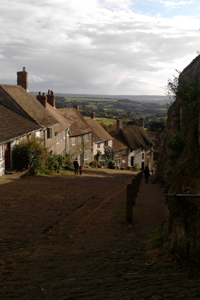 If everything goes to plan for the Chancellor this should mean that by 2015 1.7 million households and 200,000 businesses will have ultrafast broadband coverage
in high growth areas as well as high speed wireless broadband for three million residents.

There’s some good news also for digital content. According to the statement, the film tax credit that was protected in the government spending review, helped to generate more than £1bn of film production investment last year.

Standing on that figure, the Chancellor announced the intention to introduce similar schemes for video games, animation and high-end TV production industries.

Not only will this help stop premium British TV programmes like Birdsong being made abroad, it will also attract top international investors like Disney and HBO to make more of their premium shows in the UK.

It will support our brilliant video games and animation industries too.

So the forecast for the Zeebox that will now be embedded in 9m new televisions around the UK, is that at least there should be something to watch.

For the UK games industry this must be a relief after it has been lobbying for tax relief and better support. TIGA, the trade association representing the UK Games Industry, said that the Government’s announcement was a “brilliant” decision and “terrific” news for the games development sector. 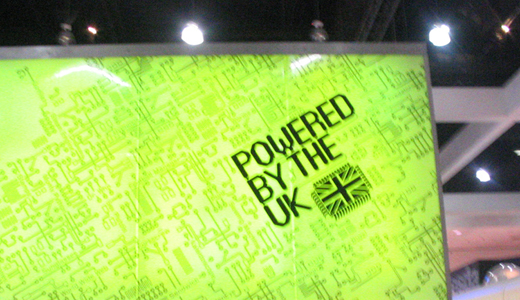 Those looking for online services will be pleased to hear that the government also plans to ‘transform the quality of digital public services by committing that from 2014 new online services will only go live if the responsible minister can demonstrate that they themselves can use the service successfully.’ That should make for a few interesting UX tests.

And if you are looking for information from the government itself, “The Government will also ensure that all information is published on a single ’gov.uk’ domain name by the end of 2012 and will move to a ‘digital by default’ approach to its transactional services by 2015.” Let’s hope they’re thinking mobile.

For young folk thinking of starting up and creating a new business, the Chancellor is also hoping you can get a slice of the pie.

We’re offering a record number of apprenticeships and our Youth Contract comes into force next month.

I can tell the House, we are also exploring the idea of enterprise loans.

Young people get a loan to go to university or college.

We now want to help them get a loan to start their own business.

The idea of business ownership continued in the statement with a pledge to support the UK in an effort to get companies to stay here.

Our new Controlled Foreign Company rules will be legislated for in the coming Finance Bill and will stop global firms leaving Britain as they were, and encourage them to start coming here.

This Government also supports research and development here in Britain instead of abroad. We’ve already increased the generosity of the R&D tax credit for smaller firms.

I confirm that from next year we will also introduce an “Above the Line” R&D tax credit that business organisations like the EEF, IOD and CBI have campaigned hard for.

And we will help new start up businesses recruit and retain talent – by more than doubling the Enterprise Management Incentive Scheme grant limit to £250,000 and easing the rules so that academics in our universities can turn great ideas into great companies.

More generally the UK top line is that some of us may in fact be better off. Cuts are to be made to the 50p top rate of income tax, bringing it down to 45p.

The threshold at which people start paying tax will be raised to £9000. Which seems like a generous move but as the Guardian reports, with changes in benefits and many households not being affected by this move, it’s not quite the act of benevolence it may initially seem to be.

Gambling duties were also raised in the statement. The Chancellor has proposed a new ‘Machine Games Duty’ with a standard rate of 20% and a lower rate for low stakes and prize machines of 5% of net takings.

When it comes to online gambling, the focus will shift from the company providing the service to the place of consumption. To clarify:

The current duty regime for remote gambling introduced by the last Government was levied on a ‘place of supply’ basis.
This allowed overseas operators to largely avoid it – and much of the industry has, as result, moved offshore.

90% of online gambling consumed by our citizens is now supplied from outside the UK.

And the remaining UK operations are under pressure to leave.

This is clearly not fair – and not a sensible way to support jobs in Britain.

So we intend to introduce a tax regime based on the place of consumption: where the customer is based, not the company.

From April the government will introduce double taxation relief for remote gambling in an effort to protect UK jobs.

The Budget statement this year may appear to be more positive for the tech sector. To get a handle on the details, you can read the full report here.