The Next Web is heading to France next week for MIPCube, the digital strand of the broader MIPTV event, to see what the future really holds for the TV industry.

MIPTV – (Marché International des Programmes de Télévision) – is a TV industry event held in Cannes each year, tapping the inherent infrastructure the city’s developed around the world-famous Cannes Film Festival, amongst other events. As MIPTV enters its 50th year, we’re looking forward to seeing what’s going down in what is a monumental year for the event.

Besides digital Dalai Lamas from the mighty Twitter, Google and more, there’s also a slew of star names you probably will recognize. Remember Felix Baumgartner – that chap who jumped from space and broke the speed of sound without any man-made propulsion? Well, he’ll be on-hand to give some insights on this and explain how it all came to fruition.

Other luminaries you’ll no doubt know include director/writer/producer Eli Roth (Inglorious Basterds, Hostel, Grindhouse), who’ll be discussing Hemlock Grove, which is premiering on Netflix on April 19, another original series in the wake of House of Cards.

Speaking of eOne, Gene Simmons (yup that Kiss dude with the loooong tongue) will be joining eOne’s President and CEO Darren Throop to discuss its burgeoning multi-platform business.

MIPTV and its digital-focused counterpart MIPCube is taking place in Cannes, France, from April 8-11. We’ll be there to bring you all the key interesting tidbits, including MIPCube Lab, and you’ll be able to follow all our coverage here.

But there’s still time to get involved yourself, so if you’d like to be at MIPCube, you can place a request here (online registrations are now officially closed), with special rates available for startups and students. It’s possibly worth it alone for MIPCube Square, a dedicated space for networking and meeting innovators and maybe even getting an early peek at new technologies.

We hope to see you there. 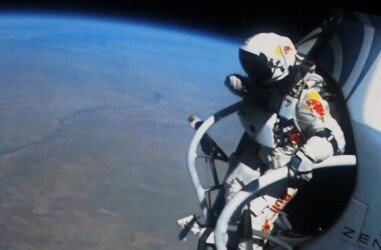