The woman millions of people would get to know as Lady Gaga was still mostly unheard-of when Tynicka Battle and Amina Elshahawi received a request for a proposal from the future pop star’s record label.

The two are cofounders of a company called ThinkTank Digital, and by the time they were approached in 2008 on behalf of Gaga they were already running the social media and online marketing strategies for several major music and entertainment labels.

Gaga wasn’t the first new artist they had worked with, but almost from the beginning they could see that she was unique. In an attempt to generate some early buzz they contacted an entire list of music bloggers, most of whom are bombarded with hundreds of pitches from other artists and record labels every week. Of course today most music bloggers couldn’t hope to get access to Gaga, but in those early days the constant availability was critical. In addition to making her available for interviews, the musician’s record label released all kinds of assets that made great blogger fodder, from video clips to photos of her.

Anyone who has monitored Lady Gaga’s social media presence would agree that this early momentum has paid off: Gaga is one of the elite few to have reached a billion views on her YouTube channel. She has amassed over 30 million likes on Facebook and last year she became the “Queen of Twitter” when she surpassed Britney Spears as the most-followed user on that network.

Despite her success on Twitter, Facebook, and YouTube, much of the early focus for her social media brand was on Myspace. Remember, in 2008 the site was still neck and neck with Facebook for social dominance, and Twitter was still planted firmly within the early adopter community. By October 2009, Gaga had amassed over 700,000 friends on Myspace.

“Myspace at the time was pretty much the hub for her fan base,” Battle explained. “We worked closely with the editorial team over there to do exclusives and do interviews and special features. Imeem was a really big platform at the time, so we worked really closely with them. We had presences on Facebook and Twitter but we really stepped up the effort over time at those places.”

The two said they began shifting more of their efforts toward Facebook and Twitter at some point in 2009, though they never completely turned away from Myspace, given its early support for Gaga. Though her Facebook page is now managed by a number of people — including the star herself — the ThinkTank Digital team attributed much of the Twitter success to its authenticity. “Twitter she did handle herself, because actually at that time she made it clear that she wanted to be the one to tweet,” said Elshahawi. “She didn’t want anything promotional on her Twitter account.”

As Lady Gaga’s fame grew, ThinkTank Digital was forced to alter its social media strategy accordingly. In 2008, it wasn’t a big deal for the artist to personally show up at their offices, but over time more and more people began competing for her time. Elshahawi said this had its downsides and its benefits. “Obviously we had a lot less access, but we had a lot more leverage …We joked internally that it was just about feeding the monster at that point. It was already created and now we really needed to engage [the fans]. We did games and promotions and were constantly trying to find ways to support the tour or a single or a video across the platforms.” From the beginning, Elshawai and Battle tracked the meteoric growth across the platforms. In March 2010 she had 3 million followers on Twitter, and by August of that same year she had shot up to over 5.7 million, dethroning Britney Spears on August 20th; today she still leads with 8.8 million followers. The ThinkTank Digital team actually tried to project this dethroning well ahead of time so they could generate publicity when it happened (Gaga fans may remember she released a YouTube video celebrating the occasion). One thing they noticed was how consistent her growth was compared to other artists; she’d typically acquire about 15,000 to 19,000 new followers a day, whereas Spears’s growth was much more erratic – one day she’d jump up a few thousand and then another day stay mostly flat or even lose followers.

Eventually, Lady Gaga’s social media presence became a well-oiled machine, and the main focus was creating a balance between promotion and authenticity. “She took great pride in engaging directly with her fans across every medium available to her,” Battle said. “I would definitely say that that plays a very large role. It’s also not just touchy feely stuff. If you look at it, she does very obviously draw attention to everything that she needs to promote, so you won’t find too much fluff. It’s still orchestrated even though it’s personal.”

As much as they were down in the weeds of Lady Gaga’s social media strategy, both Battle and Elshawai were quick to acknowledge that it was her talent as an artist that really drew the online success. Her YouTube videos get millions of views not because of a simple marketing gimmick, but because they’re, well, awesome. In a world where marketing agencies, social media consultants, and search engine optimizers try to construct tools and methods to drive traffic, Lady Gaga represents the axiom that content is king. Or perhaps, given her self-imposed Twitter title, she would prefer the saying be rewritten as “Content is Queen.” 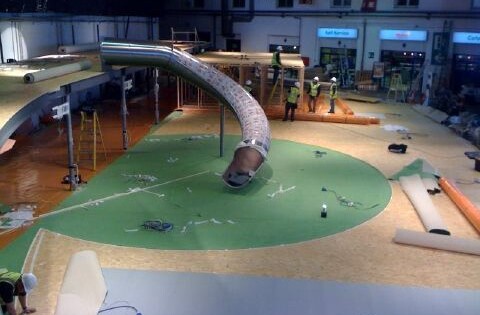 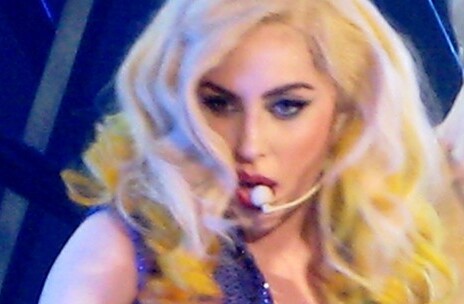