The world’s music market will gather in Cannes this weekend. The Palais des Festivals is the decor for Midem, a five-day conference (if you include the forum). The program has some interesting web aspects. One of those is organized by London-based MusicAlly, ‘the world’s leading digital music research and strategy company’. They will present six finalists in the first ever Music Ally/MidemNet New Business Showcase. That basically comes down to six great music technology ideas that will change the way we listen to music.

The Next Web Blog actually shares an office with Twones, one of the nominees. Next to playing soccer in the hallway with us, they’re also developing a ‘fresh way to find & discover music via trusted connections’. Diederik Martens en Tim Heineke are looking forward to the ‘fun, exposure and all the new contacts’. “We never had so many appointments as we have this weekend”, says Heineke. Martens: “Plus, we’ll be chilling in a beach bar, of which I actually forgot the name”.

Four of the six nominees are from Europe. Together they’re shaping a new European revolution in music technology. This is how the future in music looks:

The Music Drop from Germany.
An earpiece with only one song on it that can be played only once to ’emphasize the value of the product and the meaning of giving’. Well it’s an original gift, hope it won’t leave some people frustrated to hear the song again. The inventor of the award-winning idea, student Noa Lerner, is looking for investors now.

Musiclink from Sweden
Musiclink draws a good picture of the popularity of an artist or cd by collecting on-line data from social networks, blogs, file sharing services and web radio. Billboard Chart 2.0 that uses API’s and web scraping services. Does it also counts the number of sold Music Drops?

Twones from Holland
Tim and Diederik are working on a service that’s monitoring the music you play, anywhere. From your iPod to music web services as Last.fm. The data is collected in a music timeline. Friends, foes or fans can subscribe to your time line – follow you Twitter-style – and will receive updates of new music you’re listening. Talking about good recommendations! Another cool thing is that your music timeline is a music library at the same time. So you can play your music wherever you want, as long as you hook up to the Internet.

ReacTable from Spain
Imagine making music by moving weird shapes on top of a science fiction-like table. With ReacTable you can and it creates an original electric sound. Rolling Stone magazine voted it as Hot Instrument of the Year 2007! Bjork loves it! Need more arguments? Have a look at the video:

By the way, the American nominees are pretty cool as well. Read more about Recombinant and Voxonic on Wired. 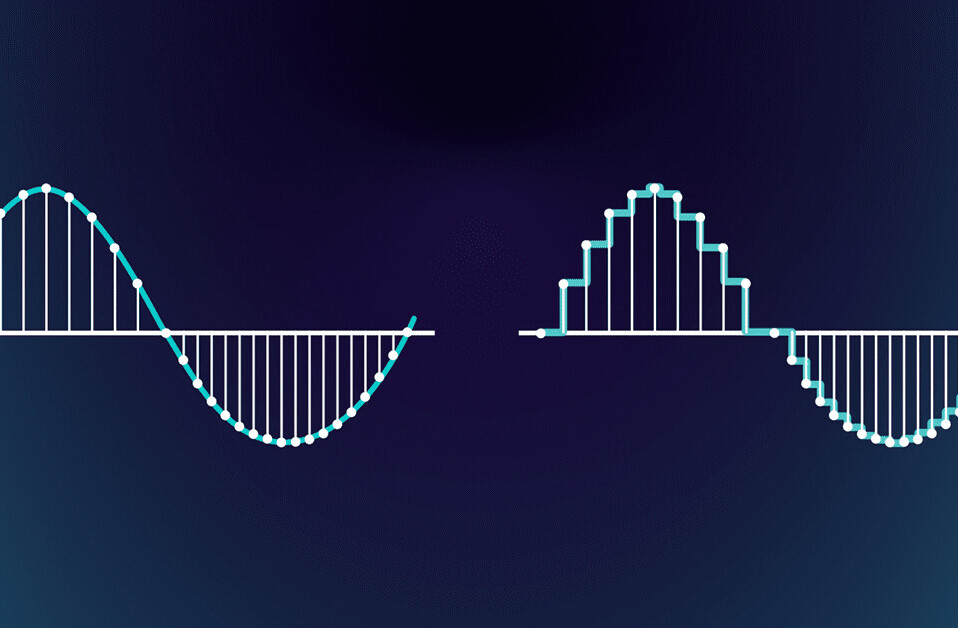