The Komplete Kontrol A-series from Native Instruments is here to do work. The lineup features three keyboard MIDI-controllers that aren’t very pretty, but manage to give producers everything they need in a hardware package – and plenty to love in the included software.

First things first, if you’re not familiar with what a MIDI-controller does, it’s important to point out that this isn’t an electronic piano or digital organ. It can perform some synth functions, and with the right software sounds it can imitate the sound of a piano, but that’s not what the A25 is designed for. 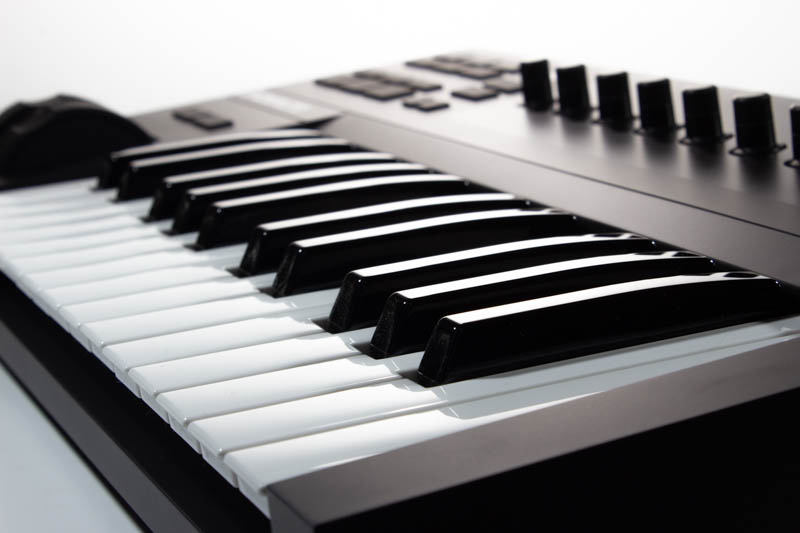 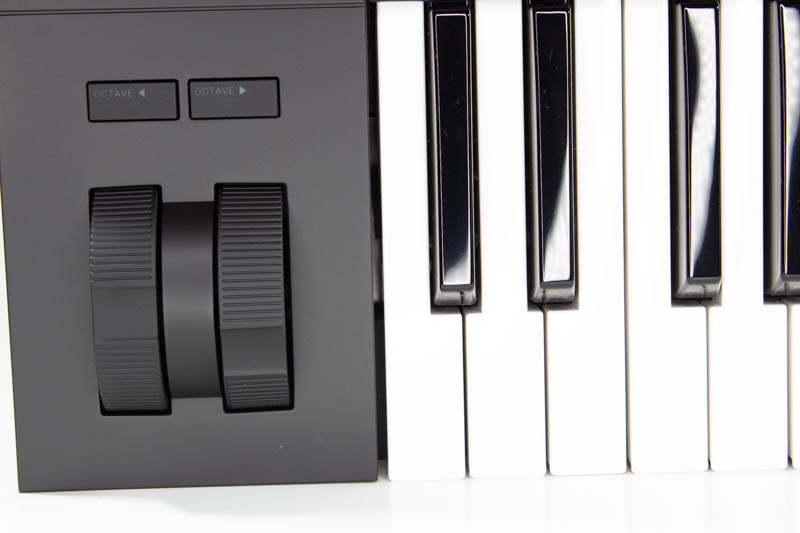 Technically speaking, most MIDI-controllers don’t actually do anything you can’t do with your computer mouse. The A25 is no different. Nearly anything you can do by playing its keys, mashing its buttons, or twisting its knobs can be accomplished by clicking around in the software you’ll be using.

So why use a MIDI-controller? For the exact same reason DJs still cut records and cello players still rock the bows: because there’s no digital substitute for the human touch.

With the A-series you get the tactile feel of a semi-weighted set of keys combined with more than a dozen sound-shaping tools (in the form of programmable knobs and dedicated buttons) you can manipulate by hand.

The A series comes in three models. I got my mitts on the littlest one, the A25. The 25 indicates the number of keys the device has, where the other models are the 49 and 61.

If you do play piano, or you’re planning to learn in the long run, the A61 or A49 may suit your needs better than the limited immediately-available range of the A25.

It’s worth keeping in mind that the biggest difference between the models, the number of keys, doesn’t affect the number of sounds you can use or how many functions the MIDI-controller can control. It’s a matter of preference.

I prefer the smaller footprint for making beats, but the A-series keyboards come with a light-up chord indicator that’s made me rethink how I approach finding melodies. I’m accidentally learning some chords just by going through my normal production workflow.

Basically, if you’re sure you won’t want to try out some ragtime chops at some point in the future, get the smaller one. Otherwise, it’s worth considering if you’re going to want to buy a larger board to learn on later.

But there are pros and cons either way. The A25 takes up about as much room as a briefcase, meaning it’s not quite small enough to toss in your backpack, but you can get by without a keyboard stand. Larger models might not squeeze into your studio so easily.

Alright, now let’s talk about the A25’s looks. It’s not ugly, so to speak, but it is all elbows. The hard angles and rectangular aesthetic worked very well on the Maschine Mikro, but here it just seems like Native Instruments wants to poke me in the hand with a sharp corner.

I love every single little knob on this thing and I could write an entire book about how awesome the keys are (more on that later) but if you take away all those added pieces you’re left with a frame that lacks any distinguishing features whatsoever.

That’s not a bad thing. Don’t get me wrong, I’m not asking Native Instruments to start pimping out its gear like a gaming laptop. The A25 is wonderfully engineered – everything is put in the perfect proximity to everything else and it just feels good to use it. It’s just boring to look at.

Where the Maschine Mikro beckons me to play every time my computer starts up (it goes through a colorful light up sequence), the A25 waits for me to make the first move.

There’s no power cord, so you can use it anywhere you can take a laptop. As mentioned earlier, it’s portable, but a little too big to just toss in a backpack. Still, like the Maschine Mikro, it’s about as versatile a piece of music gear as you’ll get without going acoustic.

You don’t need to know anything about music, though there is a slight learning curve to figuring out the basics of music software – and of course, you’ll eventually want to learn how to read and write music if you’re passionate about making it.

It’s best to think of the A25 in the same way you would a beat-machine. Because, basically, the A25 and the Maschine Mikro do the same thing. With the Mikro you can tap out your rhythms on the drum pads or mash them to sustain notes. With the A25 you do the exact same thing, but with keys instead of pads.

The difference is in how you’ll use them. Separately they have their individual strengths. The Mikro, for example, makes switching sounds and assigning them to different triggers easy-breezy. But the A25 makes modifying the individual sounds much easier. And, as you might have guessed, playing drums is easier on the pads but playing melodies and basslines is more intuitive on the keys.

And those keys, by the way, are fantastic. I’m no piano player, but I absolutely prefer the Native Instruments A-series’ keys to the old Korg Triton I used to use. The Triton’s keys have a bit of fuzzy softness around the edges that makes me feel like I’m dreaming about playing, the A25 responds with precision.

The only complaint I have is that the knobs are too loose. I get frustrated trying to dial in a specific number out of 100. I’m also not extra-keen on the buttons. They have a loud tactile “click” sound that works great in concert with the Maschine Mikro’s soft-touch buttons.

But the Komplete Kontrol A-series doesn’t have as much soft-touch on the buttons, or perhaps it’s just the deeper hollow-body, but for whatever reason the click seems to resonate in the A25. This makes it feel cheaper than it is. Summation: excellent keys, okay knobs, acceptable buttons.

What’s important is how well it fits into an audio workflow and whether it’s necessary in a studio or not. Long story short: I wouldn’t go back to the gear I was using before. I’m considering leaving the country so Native Instruments can’t track me down to get its gear back.

One of the best things about the A25, and perhaps a leg-up over the Maschine Mikro, is the software sounds that Native Instruments gives you with it. You can check out the full list here, but suffice to say that if you can’t decide between a similar product and this one, we think the sounds you get with the A-series will tip the scales in Native Instruments’ favor.

You’ll get more than enough sounds to build music with included. And a subscription to Sounds.com, which TNW reviewed here, will cover the gap once you outgrow the presets.

My favorite thing about the Native Instruments music gear ecosphere is that everything works together seamlessly. When you combine the A25 and the Maschine Mikro in a production workflow together, you get a level of flexibility that feels downright sinful.

My audio production skill-level is probably best described as “could one day strive to become mediocre,” but with a hedonistic setup including both controllers I look like Joe Hahn from Linkin Park’s early days.

It takes mere minutes to start building the basic motor skills you’ll need to use one hand to play drum sounds on the Mikro’s pads, and the other to mash out keys/bass/synth on the A25. Every time I got into the groove I ran the risk of contracting a serious case of ‘feeling myself.’ Buyer beware.

The bottom line is that the A25 brings the joy of keys, the fun of sound-shaping, and the added benefit of Native Instrument’s excellent software library in a package that’s perfectly accessible no matter your experience level.

Combined with the excellent Maschine Mikro, there’s no other production workflow I’ve found easier to build music with.

I recommend the Komplete Kontrol A25 to anyone who is ready to get serious about production. It’s also the perfect tool (with its included software) for the aspiring filmmaker or anyone else looking for gear that has the versatility to score anything from a Youtube video to a full-length film.