If you had any doubt about how huge the iPad is, this should put it to rest. 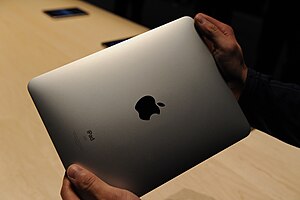 According to Bernstein Research, the iPad is now the top selling gadget of all time. According to TUAW, that amounts to an estimated 8.5 million units.

While we’ve heard stories and then denials about how the iPad is causing havoc in the mobile computer market, 8.5 million is certainly enough to do just that. Those numbers, of course, are only going to increase as well with the upcoming holiday season and the recent Wal-Mart and Target stocking of the device in the US.

So whether you’ve made every excuse to buy one or not to buy one, you’re not alone in your quandary. Apparently, almost 9 million other people have made the same choice.

Editorial note: Our original title, based on information from TUAW and InformationWeek, stated “best-selling”. That’s not quite the fact, as it is rather the fastest-selling. There have been more iPad units moved in a shorter period of time than any other gadget. We’ve updated our title accordingly.