The i’m Watch is a device that looks like a cross between an iPod Nano and a high-end digital watch. The i’m falls into the rapidly expanding crevice of devices called smartwatches.

The i’m Watch, which tethers to your smartphone or tablet, can use its various installed apps to pull down email, stock quotes, play music and more. The device is compatible with Android and iOS (and presumably Windows Phone) devices as it uses a web interface for registration and app management, rather than an app.

The design of the watches we saw on display at the booth was pretty darn solid. They feel good in the hand, the bands and clasps are sleek and they come in a variety of flavors from sporty to bejewelled. 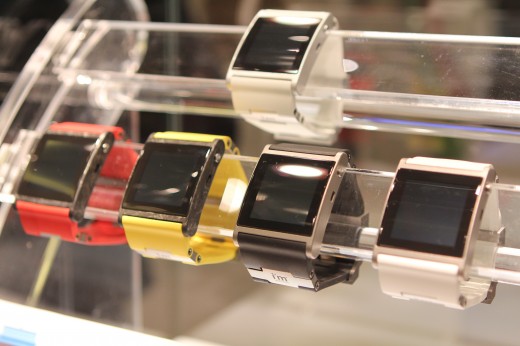 The response time of the Android 1.6 OS on the small 1.5″ 240×240 TFT screen frankly wasn’t the best, and while not many items took two stabs or swipes, it wasn’t anything like what you’re getting from your preferred smartphone. 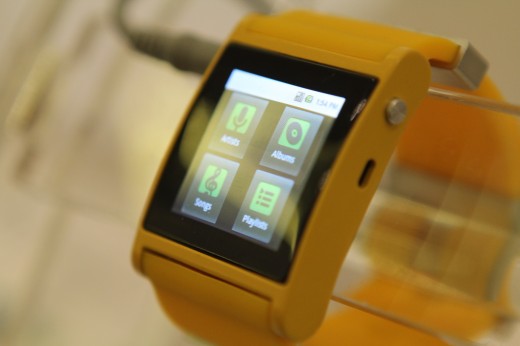 Hopefully those issues can be improved, because we liked what we saw in the i’m Watch. the representative we talked to was very open about the hopes it had for what developers would do with the open API and web app framework.

The i’m Watch hasn’t been announced formally for the US as of yet, but there was a CES reference price of $299 in effect so you can expect it to be around there when it is launched.