The Internet has changed the media industries irrevocably — perhaps more than any other group of industries. Music is, of course, one of those that has undergone the most change.

Media in general has undergone a certain level of commoditization thanks to the ease of automation and publishing online. Music is no exception. Hop on to iTunes and you can get just about any track you want for 99 cents, whether its some polished pop princess whose tracks were made for the very purpose of commoditization or an independent artist who is making use of every distribution outlet available to them (and that’s many more than were available to them last decade).

I don’t want to focus on the commoditization of music thanks to the Internet in this piece. What’s more interesting to me is the way that independent music, and the attitudes of those producing it, has changed.

Despite a never-before-seen level of product commoditization, independent musicians no longer look towards selling millions of records and sitting on their laurels as the peak of a career. The focus has returned to live music, hustling a career together through building a fanbase by brute force and non-stop gigging, and recorded music for this group of artists is more akin to what it was decades ago when records were first sold: a marketing tool for live shows.

It’s easier than ever to get recorded tunes out there. Musicians who aim to become studio musicians, never having to gig for a dollar, are more excited than ever. But there’s also more piracy and more competition than ever before. While music companies may be pulling in record profits (and trying to cover it up so they can socially justify their profitable legal excursions against single mothers and students), piracy is a serious issue for the small-timers. Their sales volume was already low enough. And getting discovered, despite so many more tools to aid in that goal, is even harder — every competitor in the marketplace is using those same tools.

Georgia Potter is a rising star in the Australian music scene. While success should always come down to the quality of the music, and she has quality in spades, Ms Potter employs a modern strategy combining relentless gigging around the country, and now outside of it, with a social media campaign that makes her music and brand accessible to anyone with access to the Internet. Potter is active on Facebook, and you can hear much of her catalogue on YouTube. And if you want to listen to it in your car or support her financially, it’s available for purchase on iTunes.

But it’s always evident that the most important aspect of musicianship for Georgia, and the end goal of all the work that she and her band puts in, is to get you to a show.

The effect of her recorded music, as good as it is, isn’t the feeling of satisfaction that you’ve enjoyed the whole product (as you would with other many other bands). It’s the feeling that you’ve not experienced the music until you’ve seen it played live.

Smarter minds predicted it years ago, but we’re watching the change now. The live show, which had become more of a marketing activity than the main product, and the album, which started life as an enticement to get listeners to a concert, are once again trading places and returning to those original roles.

When I first developed in an interest in recording music, there was an aura of obscurity around the knowledge required to do so — and where to find it. I’m fortunate to come from a family of musicians which helped overcome many of the barriers to entry, but its only been in the last few years that audio engineering information has become readily available.

There are books and online courses now, and plenty of them, many even good — but what’s even more stunning is that you can find much of this highly-guarded information online for free.

Take Audiotuts+, for example, a member of Envato’s Tuts+ network that publishes free tutorials on many aspects of audio each week. The free tutorials aren’t watered down in any way to make the premium offering more appealing, and you have your choice of written or filmed tutorials, tutorials on music theory and instrument technique (two areas of music that have long been quite accessible to anyone interested, even before the Internet), as well as the site’s main focus of audio software and recording techniques.

The secrets of the audio industry are slowly spilling out for all to enjoy, and you no longer have to shell out crazy sums of money (as I’m afraid to say I did) to learn the tricks of the trade. That said, there are still benefits to a more official education — you can’t put “I read Audiotuts+” on a resume, and with in-person training you gain some invaluable insight from the experience of those who have recorded with some of the world’s most renowned artists.

Never before have the barriers to entry in this industry been so low, even if you don’t know anything. But once you do know something, you need tools.

The Tools of Production

Like many industries, it’s gotten progressively cheaper to record music over time. It wasn’t really that long ago that recording a mere demo cost crazy sums of money — you needed studio time, an audio engineer, plenty of tape (and that’s expensive stuff, believe it or not), and that’s just the start of the list.

Now you can spend less than a thousand dollars on a solid starter kit that involves a good all-purpose condenser mic, an audio interface, and professional-quality software.

As far as music goes, some things just won’t change for the cheaper, because much of the recording process is dictated by physics. It’s always going to be costly to get a room in your house treated for acoustics, and most of the time doing it properly will involve changing the very shape of the room. Knocking down walls and building new ones isn’t cheap.

But now any musician can make as many demos as they want, because acoustic treatment isn’t essential at that stage of the process.

There was a time when having any knowledge of the operation of a punchcard computer was hard to obtain and much revered. Now, anyone with a brain can afford and put together their own PC from components. The quality and level of skills one requires to make a living from computing — for example, as a developer — is constantly getting higher. It’s the same with audio. Accessibility of education and equipment means that professional audio engineers have to be better than they ever did before.

Where is it all going?

We’ve already reached the point where the tools of music-making are so readily accessible that those miserably unqualified to take part in the process are doing so. That’s fine on its own, but they also have the tools to release that music online, and all that does is increase the noise-to-signal ratio; we have to hunt for the good music amidst floods of horrible stuff.

Maybe nothing has really changed. Have you heard the radio in the last few decades?

I still honestly believe that people are tiring of the zero-substance, all-image musical ‘art’ that dominates the airwaves today as record companies become more and more obsessed with eking every last dollar out of their evil pirate customers.

If I’m right and the most popular source of music becomes independent musicians using social tools on the Internet for distribution, be prepared to see a boom of social music filtering tools launching to help us sort through all the noise and find the music that appeals to us. Musicians have the digital distribution and marketing tools, and this is the next step.

There are some popular services for social filtering available now, like Last.fm, but they are far from cutting the mustard. It’s a matter of time before somebody gets it right. As barriers to entry get lower, consumers will be more and more in need of such a tool.

Disclaimer: I’m a former Envato employee and was the editor of Audiotuts+ for some time. 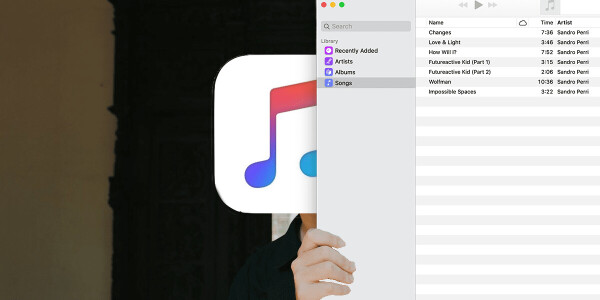 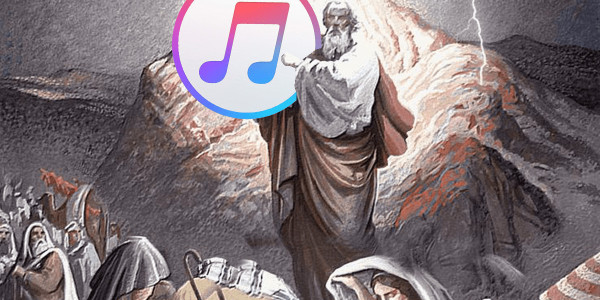