This article was published on September 19, 2017

Apple today released the newest version of its mobile operating system, iOS. All things considered, iOS 11 was a massive update with a handful of features you’re sure to love. Others, while not as exciting, will provide the groundwork for awesome things to come.

Here’s what we love. 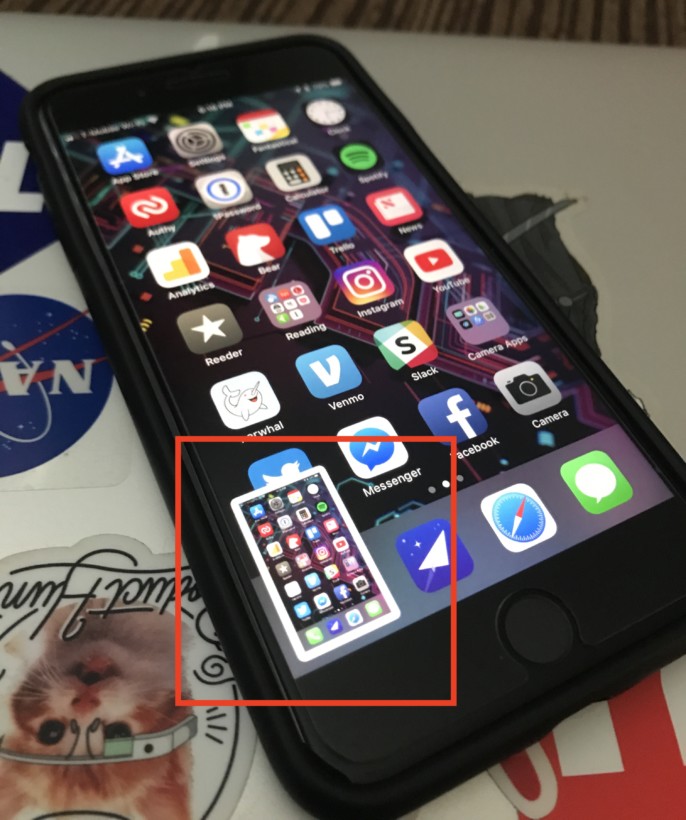 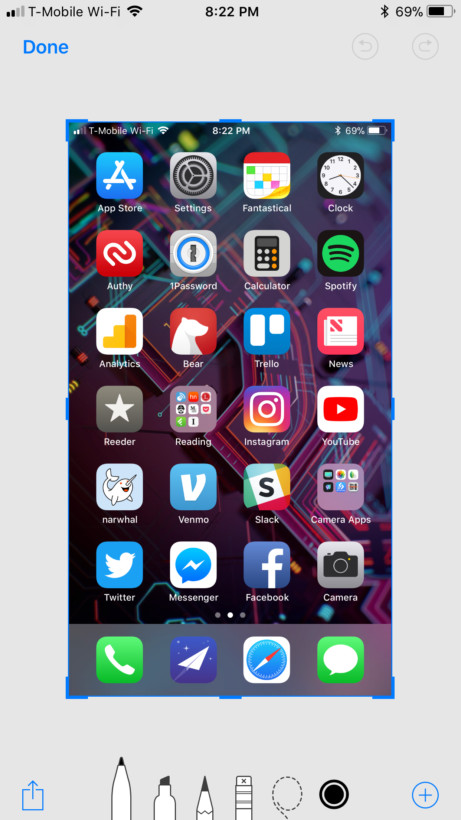 Screenshots saw quite an overhaul in iOS 11. First, each screenshot appears as a small picture-in-picture window at the bottom left of your screen. Do nothing, and it eventually disappears, tucked away in Photos, as you’d expect.

But if you click the photo, you can instantly delete it (without going to Photos first), send it as a text message, or mark it up with several tools — a pencil, highlighter, pen, eraser, lasso tool, and multiple colors. Or, if you have other annotation apps, like Annotable, you can further edit the screenshot without ever accessing the dedicated Photos app.

Additionally, you can now record your screen iPhone or iPad screen within iOS 11 — no additional apps needed. Because let’s be real, screenshots are so 2016. 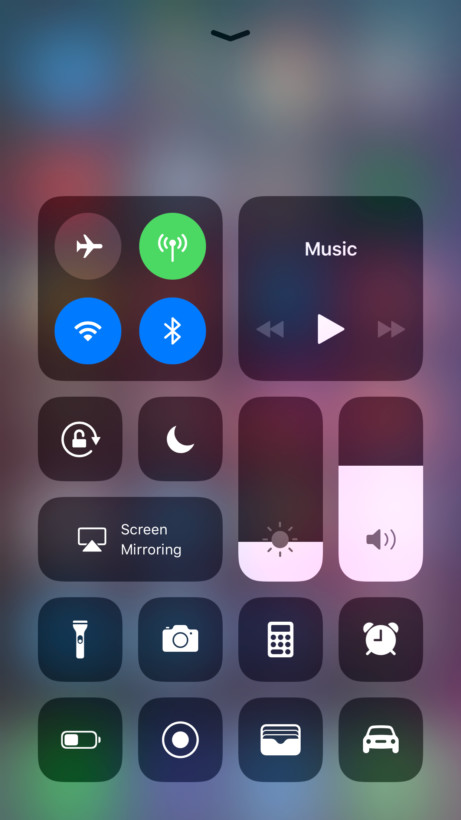 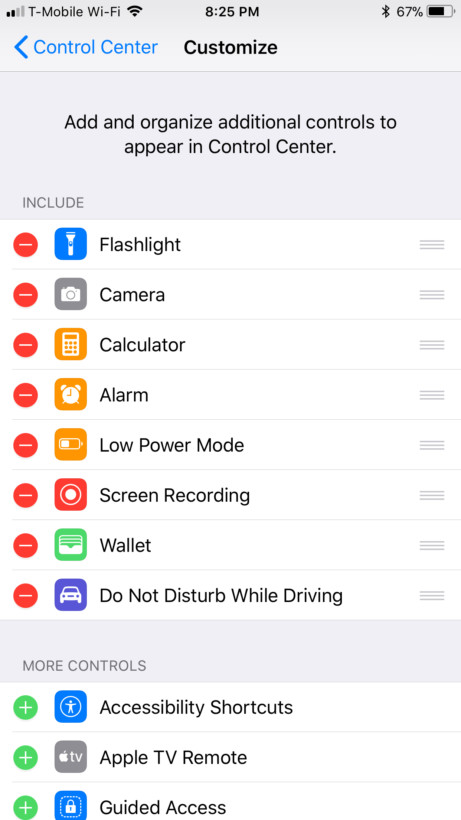 Aside from a new look, the minimalistic Control Center in iOS 11 strips the extraneous design elements in favor of a highly usable and, for the first time, customizable upgrade. It also addresses one of the things I hated most about iOS 10: requiring an additional swipe to access volume controls.

The ability to quickly add new controls to access (Settings > Control Center > Customize Controls) Apple Wallet, Low Power Mode, Screen Recording and a handful of others has turned Control Center into one of my most-used features in iOS 11. 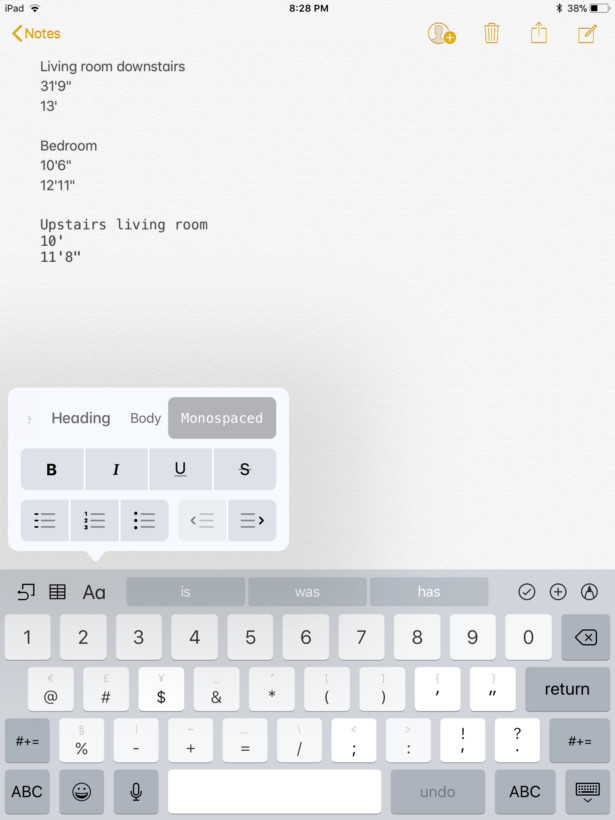 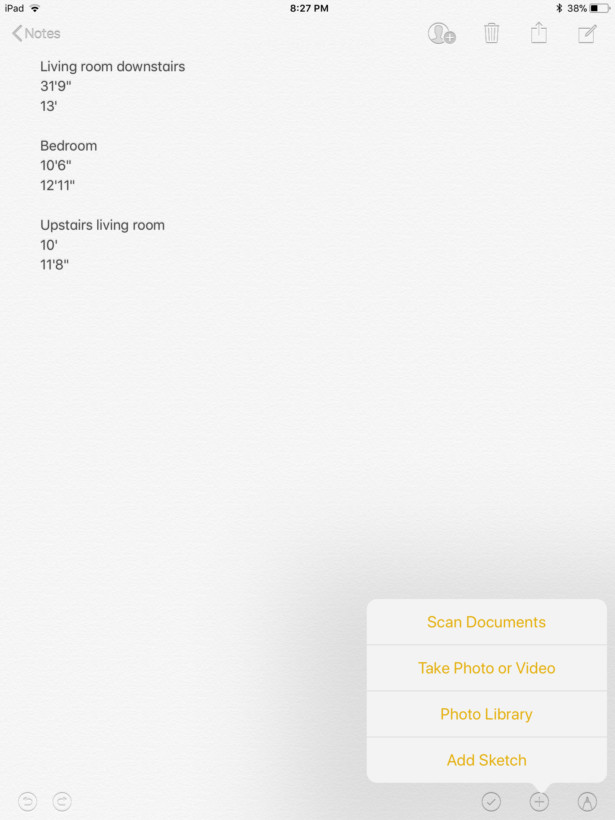 Notes is much-improved in iOS 11 and is well on its way to becoming a full-blown Evernote replacement.

The first of these new features allows you to search for handwritten notes. It’s pretty self-explanatory, but a simple text-based search in the appropriate field now returns results from hand-written notes, both scanned and written with Apple Pencil. Speaking of scanning, iOS 11 now has a built-in document scanner. Using the existing camera, a photo is all you need to scan a document that’s fully searchable later.

Additional text editing options, like monospaced text, and the ability to finally alter the tired paper look round out the experience.

The App Store is beautiful, what else can we say?

Do Not Disturb While Driving 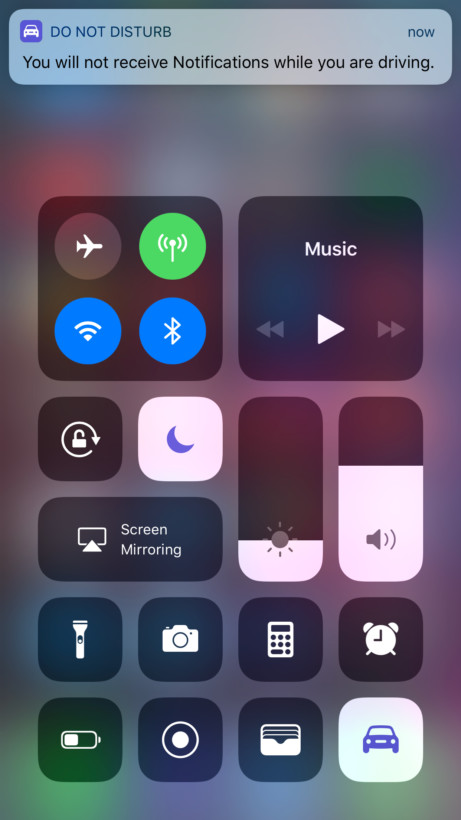 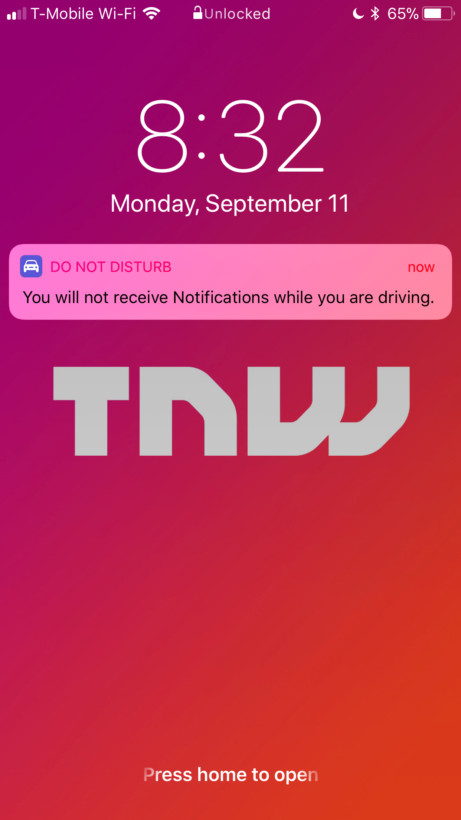 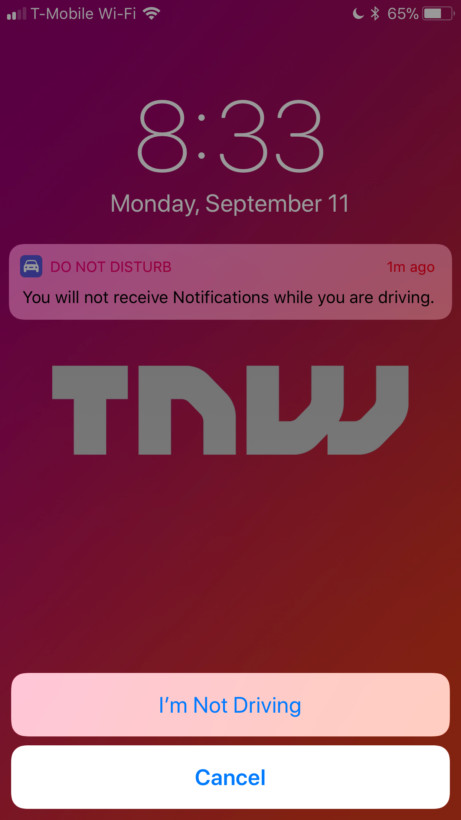 It’s not often you get to talk about a feature that could save lives, but “Do Not Disturb While Driving” is exactly that. Once enabled, the screen goes completely dark. If you get a text, your iOS device will send an automated response to the sender letting them know it’s not safe for you to text right now and that you’ll respond once you arrive at your destination.

You can enable the feature in Control Center. 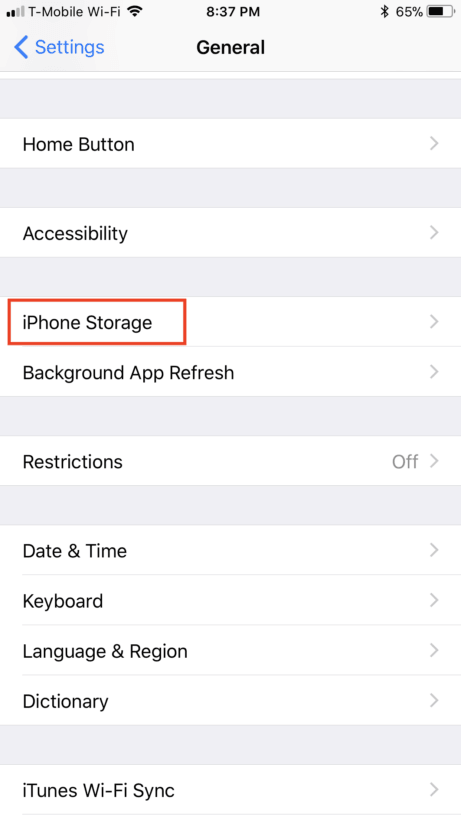 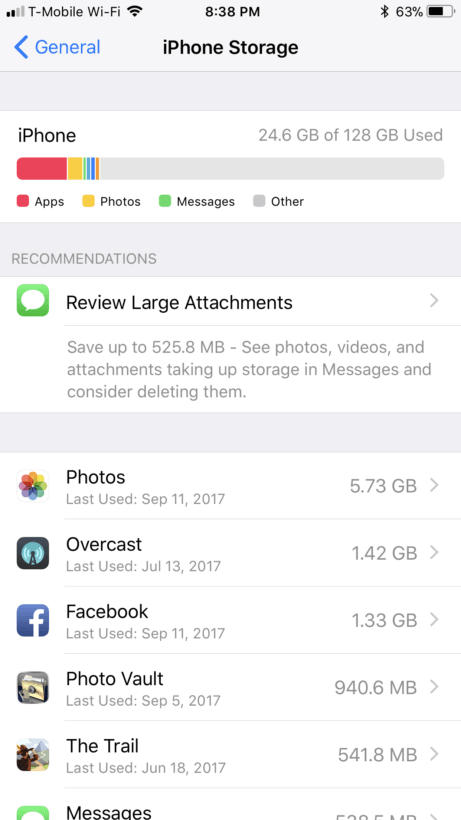 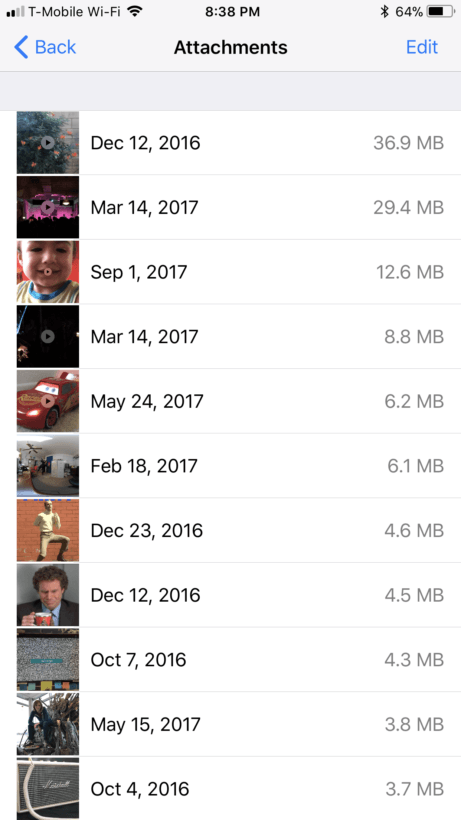 Files is iOS 11’s all new storage system, and a replacement for the basic file-picker from iOS 10 — iCloud Drive. Files is a centralized storage platform that collects documents from various iOS devices (as well as iCloud) and allows users to organize, open, and delete items from a single device — and apply the changes to all other devices.

On the iPad, Files is even more impressive. It supports drag and drop, which makes opening, editing, and viewing another doc in split screen — at the same time — possible.

For iPhone users, the feature is still a handy one. I particularly like how it handles PDF files, and the share functionality that better facilitates not only sharing, but collaboration.

Aside from Files, iOS 11 is also quite adept at managing storage. A visual aid helps determine what’s eating that valuable storage space — apps, media, photos, or other — and makes recommendations for what’s worth removing. Another new option, ‘Offload Unused Apps,’ points you to applications you’re not using that often and then prompts you to offload them.

It’s like deleting, only all the data from within the app — such as audio files from the 1.6GB monster called Garage Band — are still saved on the device.

App Dock/Drag and drop (iPad only)

Once one of the most popular reasons to jailbreak an iPad, the App Dock is now available in iOS 11. Much like the Dock on a Mac, the App Dock displays several pre-chosen (or most popular, by default) apps accessible with a simple touch. To access the dock, you’ll simply swipe up from the bottom of the screen.

Another iPad-only feature is the ability to drag and drop between apps. With both apps open side-by-side, you can now press (lightly) and hold before dragging items (text, photos, video, etc.) from one app to the next.

First up is Loop, a feature that plays a never-ending loop of your Live Photo, much like Vine used to.

Bounce is a feature you’ve seen before in Boomerang, one of Instagram’s most popular features. Bounce plays a Live Photo forward, and then reverse in a sort of ping pong effect that goes back and forth until you decide to stop it.

And Long Exposure, as the name implies, takes long exposure photos that capture streaking car lights across a highway, running water, or whatever else you’d like to capture some level of motion in. Unlike a traditional camera, Apple says it doesn’t require a tripod; but I found the results to be much better when mounted on one.

I haven’t had any success with this feature yet, but Apple assures us it’s coming this month. It’ll be US-only at first, but once it rolls out you can pay someone via iMessage or Siri from your iPhone, iPad, or Apple Watch.

While there’s no “true” Dark Mode on iOS devices, the Smart Invert option is about the best we can hope for, at least for now. With Smart Invert enabled, the background immediately turns black, with white or grey text. Photos remain unchanged, as do app icons.

It’s not everything we wanted, but it’s a start.