If you’ve read any of my ebike reviews, you know I tend to gravitate toward ebikes that enhance the cycling experience, rather than approximate a moped (there’s nothing wrong with the latter, mind you; it’s just my preference). Ebike maker Aventon today announced a new bike in the former category called the Soltera, starting at $1,199. It looks like an enticing new option for those who want a bike that mostly looks and feels like a regular bike, while still maintaining some of the niceties you’d expect from more stereotypical ebikes.

The Soltera weighs in at 18.5kg (41 lbs), which is very light by the usual ebike standards (in the US, at least, most ebikes this price range will weigh over 25 kg/55 lbs). Granted, it’s not quite as lightweight as some of recent ‘stealth’ ebikes — the Ride1Up Roadster and the Tenways C-GO 600 both weigh in at about 15kg (33 lbs) — but it’s still as light as even some ‘analog bikes’. NYC’s ubiquitous Citibikes weigh 20.5 kg (45 lbs), and the electrified models weigh even more.

More importantly, I appreciate that Aventon offers a bit more bang for your buck than some of the lightweight competition. Unlike the aforementioned models, the Soltera has a removable battery, which at 365 Wh is also larger than what you’d find on most ebikes with integrated batteries (usually around 250 Wh or so). Aventon says the battery is good for an average of 67km (41 miles) on assist level 2 of 5 with a 165 lbs (75kg) rider. In fact, the company provides a full breakdown for the range at different assist levels, ranging from 101 km (63 mi) at the lowest assist level to 32km (20 mi) with the throttle only (throttle’s are pretty rare for this type of ebike).

The motor comes in at 350W, which should be more than enough for most city riding and will let you go up to 20mph on either throttle or pedal assist mode. The Soltera is also one of the rare affordable lightweight bikes with an optional 7-speed configuration ($1,299) if you do need to regularly tackle some serious hills or want to go faster than the 20mph motor cutoff. Usually, these lighter bikes only come in a single-speed configuration, which is nice for simplicity, but not the best if you have to want to maximize efficiency.

It would’ve been nice if Aventon offered a belt-drive option for even lower maintenance on the single speed, but chains are plenty reliable too. As for braking; you get Tektro caliper brakes with the single-speed model and Tektro mechanical disc brakes on the 7-speed configuration. In my experience, rim brakes are totally fine for most ebike riding, but you might want to opt for the 7-speed option if you want the most stopping power.

You also get integrated headlights and taillights, both of which are very bright, and the latter which are neatly integrated into the seat stays; that’s a neat detail I’ve only seen on way more expensive bikes. Even the LCD display is surprisingly nice, with a high-resolution color panel that provides plenty of information and can sync to a phone app for further customization.

I actually received my review unit a few hours prior to publishing this piece; and at first glance, it looks like a sweet bike. The headlight and tail lights are surprisingly bright, the paint job is clean, and the geometry feels comfortable. My one caveat is that the bike uses a cadence sensor rather than a fancier torque sensor, but those are exceedingly rare under $1,500.

I like the balance Aventon is striking here; it’s not aiming to be the absolute lightest ebike on the market, but rather balancing weight and functionality in a convenient manner. I’ll be putting it through its paces in the coming days, so stay tuned to TNW for more. 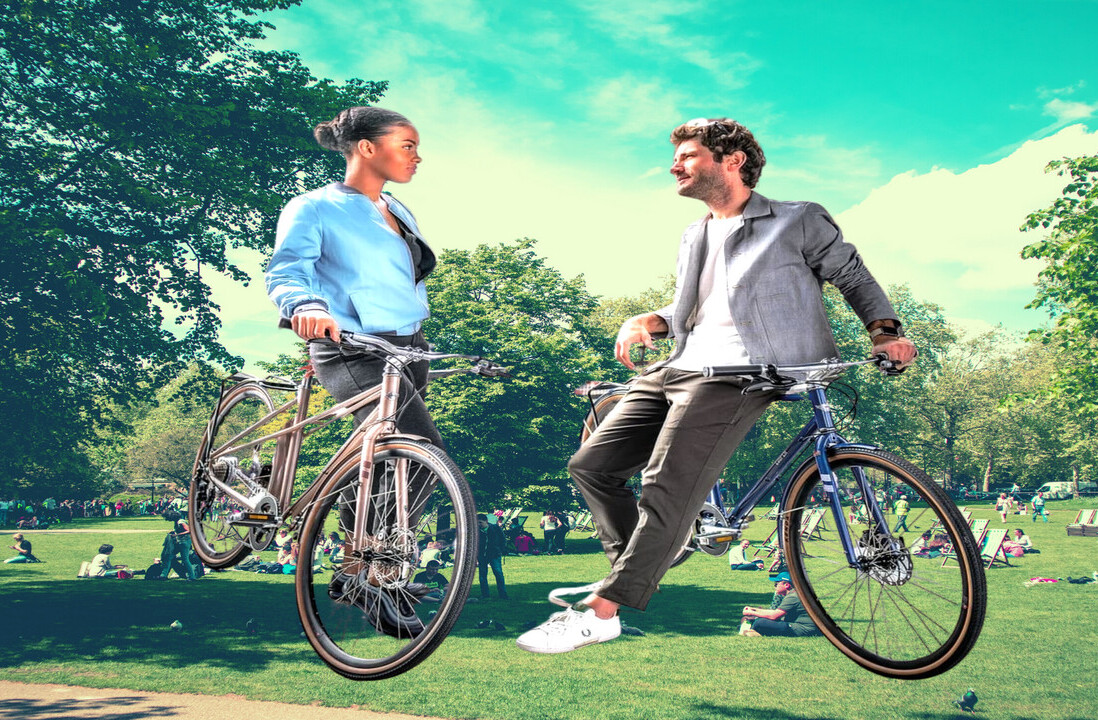