A little over two weeks ago, word got out about Opera filing a rather nasty lawsuit against a former longtime employee and contractor, designer and musician Trond Werner Hansen.

We’ve now learned that the lawsuit has been dropped and that the dispute between both parties has been settled.

Both Hansen and Opera remain tight-lipped about the terms of the settlement, but it certainly seems everyone’s happy that there will no need for a court hearing this summer.

“We’ve reached an agreement and both parties are satisfied with that”, said Nils Broström, VP of communications of Opera Software.

Hansen, in turn, tells us: “This thing has been going on since late last summer, so I’m very happy I can now get back to looking forward”. 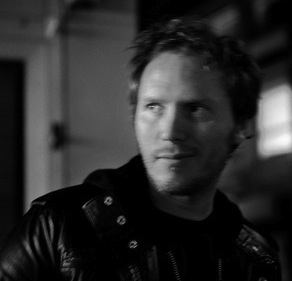 He is credited as the driving force behind early browser innovations that first saw the light of day over at Opera Software, including tabbed browsing, speed dial, mouse gestures and integrated search.

Opera initially sued Hansen for $3.4 million, alleging that he took some of their trade secrets to rival Mozilla, which develops the popular Firefox browser. As evidence, Opera pointed to a video that features Hansen speaking right after Firefox product design lead Alex Limi.

In a blog post published two weeks ago, he wrote:

“I strongly disagree with their position and I believe I have been wrongly accused, and that I can prove my case.”

Well, that settles that, then.

Our assumption is that Opera figured it wasn’t worth the bad PR and hassle of building a case against Hansen and dropped it without requiring their former employees to cough up any money, although both parties declined to comment on the specifics of the settlement agreement.

Hansen was forced to return to Norway from the United States, where he was hoping to release and promote his first music album, and possibly open up an art gallery. Asked if he was returning stateside to pursue those plans now that all litigation against him has been dropped, he said:

“Yeah, but not sure when yet … Summer is so beautiful here in Norway that it’s tempting to stay for a while :-)”