Thailand looks set to proceed with the widest educational tablet deployment to date, after the country’s government finally signed an initial $32.8 million (1.02 billion THB) contract for a project that aims to deploy close to a million devices across the nation’s schools.

The initiative, which was first announced as an election promise from the Pheu Thai party last summer, will see supplier Shenzhen Scope ship an initial 400,000 devices within the next 90 days, following first delivery of 2,000 test units, FutureGov reports.

An as-yet-unsigned contract is on the table for a further 530,000 devices — taking the rollout to 930,000 units and total spend to $75.7 million — as the government advances its objective of providing every first grade student at a public school with their own tablet. 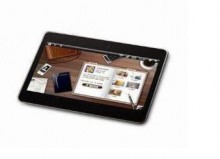 The Scopad SP0712, which Thailand is buying, has some promising details on paper. It is powered by Google’s latest Android 4.0 (Ice Cream Sandwich) platform, and features a 7-inch touchscreen, 8GB of storage, 1GB Ram and GPS.

The eductional tablet market is growing and March saw the One Laptop Per Child (OLPC) organisation announce plans to introduce a device, in partnership with Marvell. The organisations have begun distributing the $185 XO 3.0 — which is specifically designed for developing markets — in undisclosed numbers but Thailand’s deployment is the largest scale rollout thus far.

Thailand is paying $81 per unit from Shenzhen Scope, and the company says that the deal with Thai authorities could be followed by others worldwide.

“Thailand is the first country in which we have provided large numbers of tablets for students. Now we are talking with other governments to provide this kind of tablet device for [other] students, including Pakistan, Brazil and South Africa,” chairman Liu Jun said.

As a result of the deal, Scope is building ten new production lines that it says will double its output and see it produce 10 million units per year, in line with increased demand and interest.

For the Thai contract, the company will introduce 30 help centers across Thailand to provide support for users of the device, which Thailand’s ministry says was built specifically for the project.

As we recently wrote, Thailand’s project has had a number of issues and came under fire for pivoting its plans on a number of occasions.

Originally, as per the pre-election pledge, the initiative had been aimed at covering all secondary school students, but the scope was decreased significantly to cater to 6-7 year olds only. 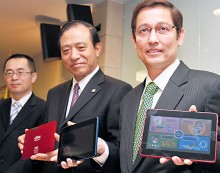 Wranglings over reliability and warrants set the project back considerably. The new Thai school year begins this year but the devices are due to be delivered to schools by July, missing the original deadline by some time.

The deal to find a supplier was also somewhat protracted too. The Thai government signed a deal with the Chinese government, which then provided a list of four recommended suppliers for the project.

Those overlooked in the process reportedly included better known manufacturers like Lenovo and Huawei — which struggled to meet Thailand’s low price expectation — while a Thai-based, educational device specialist that lodged a lower bid than Scope was also rejected.

Given the background and development of the project, it remains to be seen if there will be further hitches. However, the scale of the initiative is likely to see it keenly watched by other governments and educational organisations.

Thailand has previously looked into similar strategies, most notably a proposed pilot initiative with the OLPC that had been planned by then prime minister Thaksin Shinawatra, the brother of current incumbent Yingluck. However, a 2006 coup brought a change of leadership and the plans were subsequently scrapped.

Aside from OLPC, Intel launched its Studybook educational tablet in April and, in India, the $140 Classpad has been made available to thousands of students in 25 schools in the country.

The largest iPad rollout from an educational organisation in the US saw San Diego Unified School District distribute 25,000 Apple’s tablets for students in the area.