You probably haven’t heard of SwapBots before. But perhaps by this Christmas, or maybe the next, that’ll change. At least, it will if you’re a parent.

Swapbots are a delightful set of augmented reality toys, built by a Liverpool startup off the same name. It mingles cutting edge tech, with the addictiveness of collecting someting, and a pocket-money friendly pricetag.

But before I get into the product, I want to introduce you to some of my friends.

Most successful children’s toys have a narrative, or at least a memorable character. Think Barbie and Ken, Action Man, GI Joe, and Stretch Armstrong. You could even add Furbies and Trolls to that list.

SwapBots is no exception. The company has created a universe of enchanting toy characters, all resembling anthropomorphized animals. There’s nine, so far. Griff, for example, is an eagle, while Macho is a kind-of Lucha Libre fox.  But unlike the aforementioned toys, SwapBots allows you to create your own characters by combining components.

The toys themselves look a bit like totem poles. Each character consists of three interchangable parts – a head, a torso, and legs. You could take the head from one character, and attach it to the body and legs of another, and create your own unique charcters.

And once you’ve done that, you can bring it to life with the SwapBot mobile application, available for Android and iOS. I saw this first-hand at the company’s Liverpool offices, situated just off the city’s ultra-trendy Hope Street.

Once you’ve created your character, the app asks you to line it up with an overlay, in order to identify it and its component parts. Then, it brings it to life. I saw how one character turned from a static piece of 3D printed plastic, to a grotesque mass of swarming, cartoonish tentacles on an iPad. 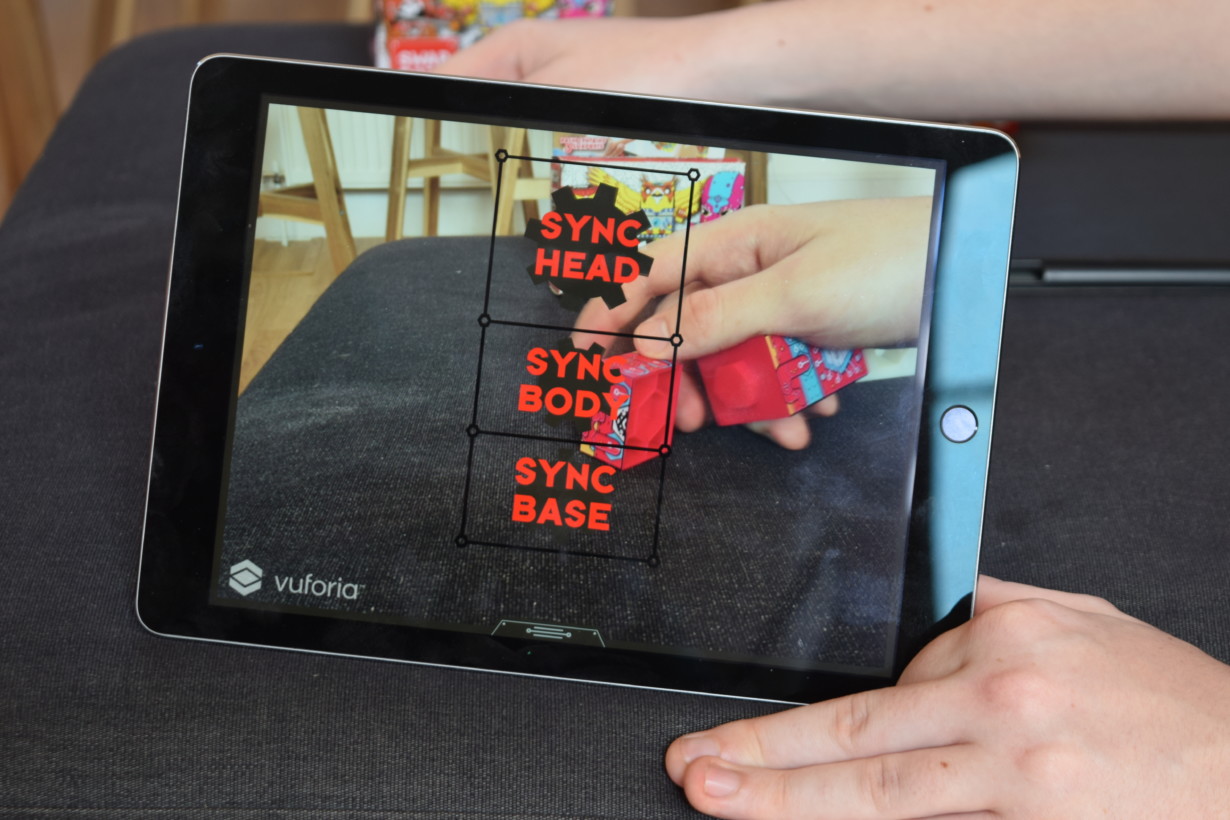 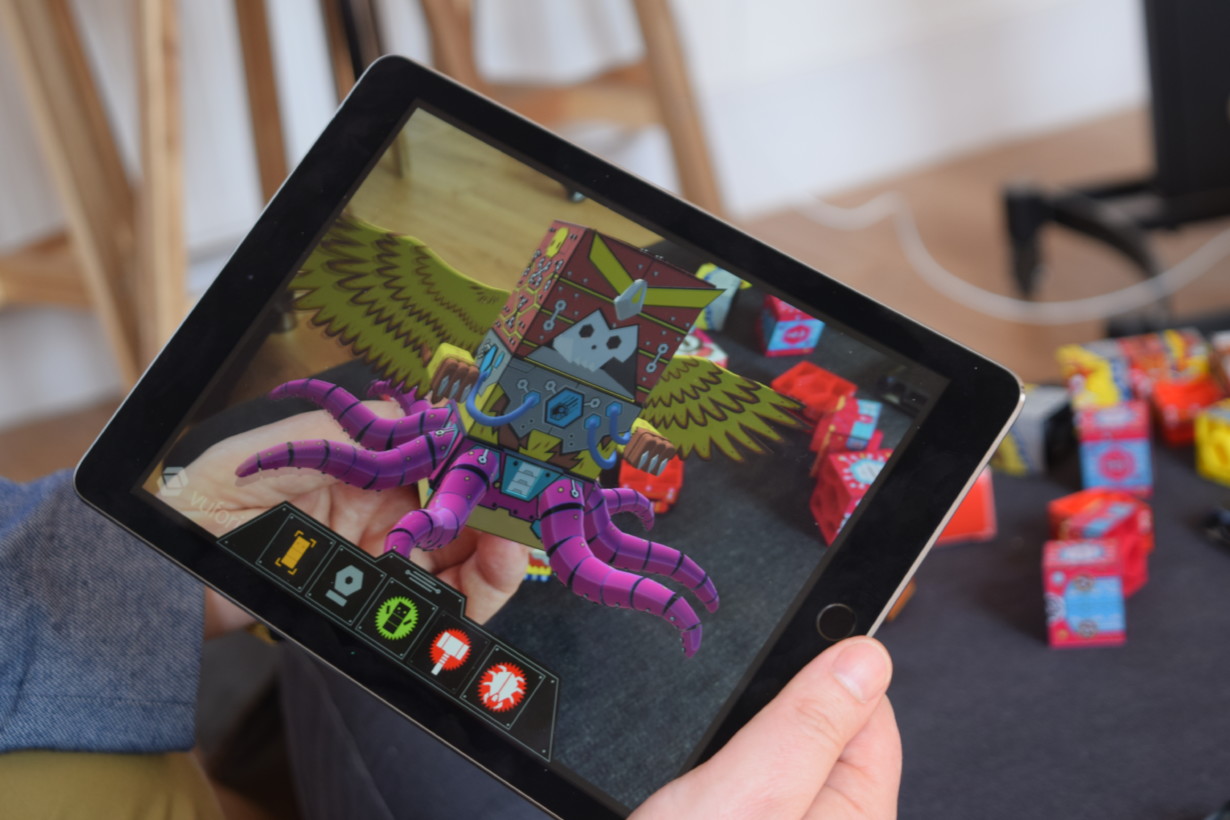 I had to admit, it was pretty exciting seeing something static and lifeless transform into a living, moving character. I imagine that feeling of wonder would be amplified when viewed from the eyes of a child.

The company eventually intends to let you battle these creations in intense one-on-one combat, although this functionality wasn’t yet complete when I visited the company.

I really liked this. Gaming — even multiplayer gaming — is a solitary experience. It’s you and the computer screen. But Swapbots is designed to be social. You can sit around a tablet with your friends, passing hours by creating, destroying, and then recreating your own characters.

How Swapbots will conquer the world

Speaking at the company’s offices, SwapBots CMO Phil Charnock explained that its mobile application is designed to work well on older devices. That’s because teenagers don’t tend to use the latest-and-greatest hardware, but whatever is passed down to them by their parents, or an older sibling.

Crucially, the toys themselves are designed to be affordable. The company is taking pre-orders for the toys, with a pricetag of £16. This puts them within the reach of most youngsters with an allowance.

Earlier this year, Swapbots completed a successful KickStarter campaign, where it raised over £25,000 from over 350 backers. The team has also attended key conferences, including SXSW in Austin, GDC in San Francisco, and The Next Web in Amsterdam.

There are also promising signs the company will be more than just an online phenomenon, and is quietly making retail inroads, particularly in the United States with several big-box retailers. Most exciting of all, it is examining the potential of licensing the technology to other brands– so, hypothetically, you could one day see SwapBots from established names in TV and film.

So, if you’re a parent, don’t be surprised if one-day, SwapBots lands on your child’s wishlist to Santa.