The Lovie Awards, billed as “the only pan European Award to honour the entire breadth of content created for the internet,” has today announced its list of winners for 2012.

Instigated as a European alternative to the Webby Awards, the Lovies (named after British computing pioneer Ada Lovelace) are now in their second year, and the winners lists takes in everything from startups, to brands, to creative agencies and beyond. While the names announced today were selected by a panel of judges from across the continent (disclosure: I’m one of them), there’s still a chance for anyone to vote for a ‘People’s Lovie’ at peopleslovie.eu until November 1.

This year sees actor, writer, TV presenter and Twitter celebrity, Stephen Fry take the ‘Lovie Person of the Year’ award. “Recognised,” say the organisers, “for his longstanding and effervescent presence in Europe’s vibrant digital community.” Fry is certainly an influential figure. He seemingly helped tip App.net over its funding goal lately, and he has pointed his huge audience (almost 5 million Twitter users) to good causes such as saving historic UK World War II codebreaking HQ, Bletchley Park. That said, he doesn’t always have a golden touch. Remember PushNote, the startup he backed which went nowhere?

This year’s Lifetime Achievement Award goes to Professor Heinz Gerhäuser, who led the team at the Fraunhofer Institute that created the MP3 file format, which, as the award organisers say, “revolutionised industries and lives world-wide.”

The long list of winners contains names that should be familiar to regular The Next Web readers, including flight comparison service SkyScanner, which wins gold in the ‘Utilities & Services: Tablet’ category, film discovery startup MoviePilot, which wins in ‘Movie & Film’ and travel company Kayak, which wins for its ‘Best Practices’.

You can browse the full list of 2012 winners over on the Lovies site, and vote for the People’s Lovie too. Happy Ada Lovelace Day! 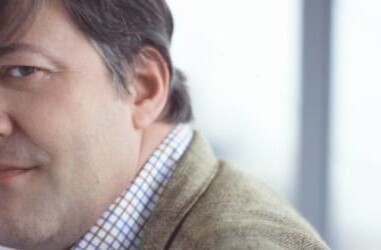