The Mayor of London Debates 2012 have begun at ‘London House’ (more usually known as City Hall but renamed during the Olympics as a place for business visitors to hang out).

Already Jim O’Neill of Goldman Sachs has spoken about preparation for the Asian Century and Matt Ridley spoke of sustainability. On Saturday Jimmy Wales was in the hot seat and as a new resident of the capital, it seemed that he was much sought after for advice on how to make the tech industry work.

Big names online have recently moved to London including Google, Amazon, Facebook and Mozilla and much is made of Tech City, the east end hub that is home to many startups. But even as discussions about London attempting to rival Silicon Valley have raged in for years now, is London really prepared for evolution as a tech innovation centre?

Many of the questions put to Wales and the comments he made in his talk seem to point to big issues that can halt development, but at least highlighting them might bring about the changes that can really help London become the tech darling politicians love to talk about.

Before Wales began his speech at London House, the Deputy Mayor for business and enterprise in London, Kit Malthouse, made some very salient points about the relationship between politics and the tech industry.

The first was the rising costs of property in the east end. Ask any London cabbie and if he or she is old enough, they will tell you about the East End gentrification as more businesses move in.

The history of this area can still be identified through the industrial shapes of the buildings from large warehouses to weavers cottages. Before the Tech City branding came about, tech startups were able to find a place to work here because the rent was cheap and there was more space available.

Malthouse pointed out that the property industry may have a bigger say in how this part of the capital develops. He noted, “Once Tech City was announced, property prices jumped 20-25%.” That’s a considerable overhead for small companies looking for their own place of work.

Naturally co-working spaces are a great start for a small company, but if you’re ambitious, you’ll want your own place to bring business partners and investors to and the jump in real estate prices is not particularly helpful if startups are to be encouraged.

The second point that Malthouse made was a concern about creating a “very white, very make club” within the tech industry. That’s an enormous query ranging from more female and culturally diverse role models, to ways of encouraging STEM education for girls. No doubt a boost to either would be welcome, but for either sex, the problems for UK startups remain the same.

Nico Macdonald, works on communication, research and consultancy around networked societies and was hosting the talk. He spoke of a transition for London. “A city that has moved from being a 16-17th century trading city, to an 18-19th century manufacturing city, to a 19-20th century financial city. Can London transform itself?” he asked.

It’s a fair question. It’s one thing for a city to see some natural evolution, but is there more that is required other than a stamp of approval from the Prime Minister and the hope that the rest will fall into place?

The industries of the past in the capital saw a great deal of disruption and evolution through social and cultural changes over time. Can a city really change and an entire industry spread at the rate of digital growth on the Internet?

Wales opened his talk with a potted history of his career and an overview of his big successes and a number of failures. He compared the culture in Silicon Valley with that of London and said that the city is not too bad when it comes to accepting failure and that entrepreneurs should not feel a pressure if their startups don’t become a wild success or indeed they have to close altogether.

He also said that UK culture has a problem with the rich. That there is a habit of considering all wealthy people as the same and that there should be a separation between someone who worked hard and became successful and bankers who pay themselves nice fat bonuses out of tax-payer funded bailouts.

He has a point, there is a culture of vilifying the rich when they are seen making extravagant purchases, but then if you’ve ever seen The Apprentice, you’ll hear Lord Sugar repeat his history as a self-made man until the cows come home.

The UK is not without its business icons, but Wales does have a point about pride in success. The British do tend to sound a little demure in comparison with their American cousins.

Wales also feels that as we are living through a period of upheaval in technology that there is plenty of room for future experimentation. He pointed out that his own work with Wikipedia could have happened in 1995 as the underlying technology was already in place, but the social experimentation had not happened until much later.

He feels that there is plenty to be working with right now, that there is a great deal more to explore just based on the technology currently available and that social innovation will get things moving.

One of the real sticklers that Wales highlighted in his talk is one that might be cause for political discomfort. Though there is government talk in the media about facilitating the growth of the technology sector, the UK laws make it difficult in areas like user-generated content for companies to take risks.

“There is an intimate connection between innovation prosperity and freedom. In order to have innovation you need a culture of freedom. The UK is relatively free but there are troubling intrusions,” said Wales.

He went on to list concerns about the UK libel laws and later pointed out that it is legislation like this that would have prevented a business like Wikipedia starting up in Britain. “We still don’t put servers here for that reason,” he noted.

This is not the only legislation that struck the Wikipedia founder as obstructive. The latest online notifications were also identified for what they are, “The silly nonsense around the EU cookie directive. That may have seemed a good idea to let people know a decade ago,” said Wales. “I’m mind boggled that we have this silly regulation to let people know. They can turn it off in their browser but guess what? Most of the internet won’t work.“

Wales rightly pointed out that legal barriers like the cookie directive may not have much of an impact on huge businesses like Yahoo and Google, but to learn ways to work with complicated legislation can mean extra strain for startups which may be better focusing on growth.

Or was Wales succinctly puts it, “Stay out of the way so that we can build a future.”

Wales is enthusiastic about the social aspects of Silicon Roundabout and the attention brought to Tech City, he feels that facilitating social processes by encouraging a hub to work in creates a fertile atmosphere for business.

But when fundamentals like legislation and rent are working against small tech businesses, is the government willing to push harder to lower these barriers to create the fantastic centre for technological and digital innovation that they love to offer sound bites on for the press?

Though Britain’s history for invention and technology is something to be proud of. The digital revolution looks as though it could do with some aid to infrastructure.

Hopefully debates like this will be followed by political action and support for tech startups, otherwise the proposed digital revolution is at risk of looking like little more than a war of words. 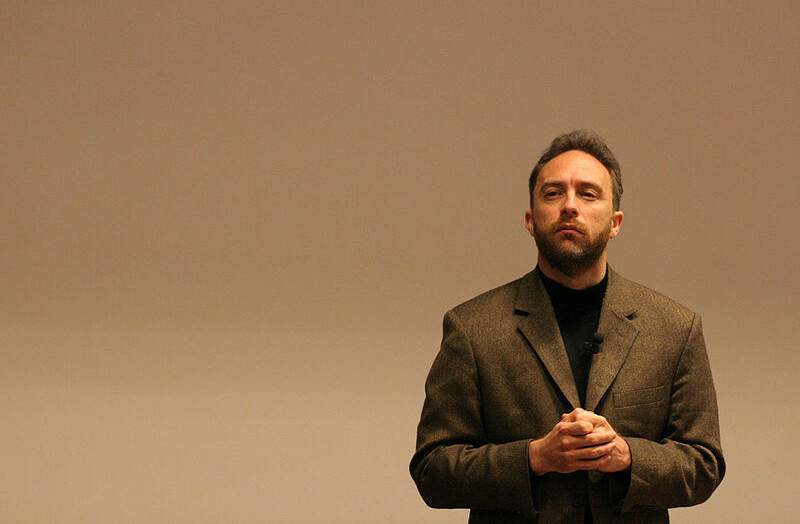 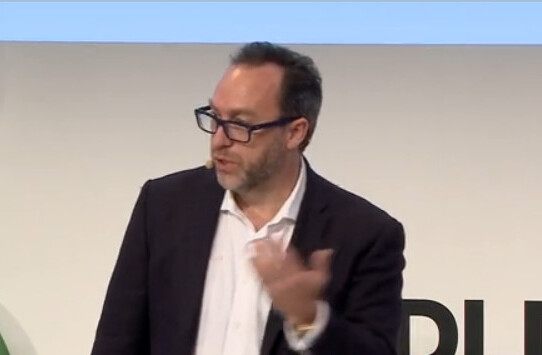