Mexican city guide Urban360 has acquired 70,000 users since its launch in Mexico City last May, the company has announced. In addition, it has also added a new feature that help Mexicans find local businesses.

As you may know, Urban360 is a free service that can be accessed via a mobile app. With the ambition to gather useful info for city dwellers, it includes alerts about traffic and earthquakes, as well as local and national news it aggregates from several sources. 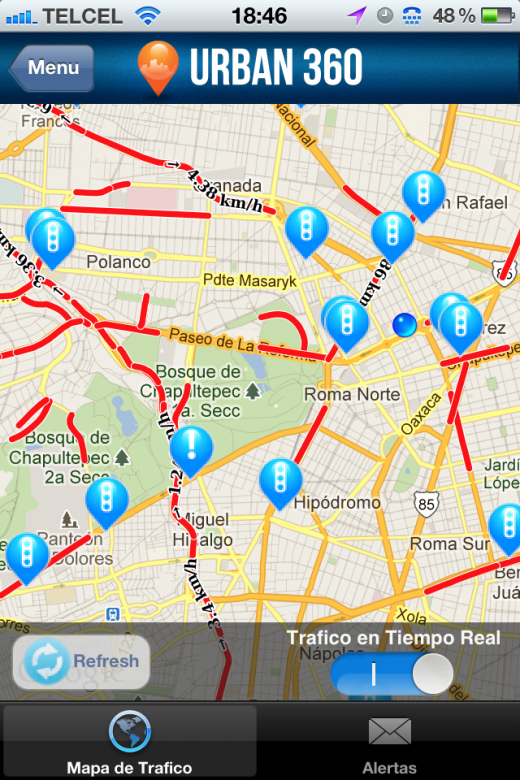 While its current user base already generates between 1.5 and 2 million page views a month, the startup now plans to expand its service to other large cities, not only in Mexico and Latin America but also in the US and other territories.

While Urban360 is still in its early days, it has already received a boost from Startup Factory, which is part of the recent breed of accelerators that have emerged in Mexico over the last couple of years.

Startup Factory is managed on a daily basis by its partners Hugo Stevens and Manuel Landa, a serial entrepreneur who boasts he founded “the only independent Mexican company that has traded on NASDAQ,” Telscape Communications.

According to Stevens, he first met Urban360’s founder Alberto Garcia two years ago, and they naturally decided to collaborate when Startup Factory launched its first acceleration class. As the startup is now starting to gain traction, we decided to ask Garcia a few questions about his plans.

TNW: What was your inspiration to create Urban360?

Alberto Garcia: I came up with the idea after constantly struggling with traffic – there are always unplanned incidents in Mexico City, and you never know if your route will be blocked.

It’s an even bigger problem in Latin America than in other countries – for instance, there were very frequent demonstrations in Mexico before the presidential election, and it made it quite difficult to drive around. 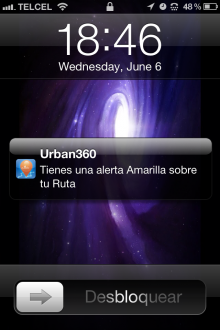 On the other hand, finding reliable information and keeping up with updates is difficult. Waze has useful information, but if you close the app, you won’t find out about disruptions to your daily route.

That’s where we saw an opportunity: if you follow the same route every day, you could receive relevant traffic alerts, without having to open the app. Our philosophy is to do the work for our users on their behalf, which they will get passively. We started with SMS alerts, and we have kept the push approach since then.

TNW: What makes it different from other apps, such as the earthquake alert app developed by the Federal District Government? 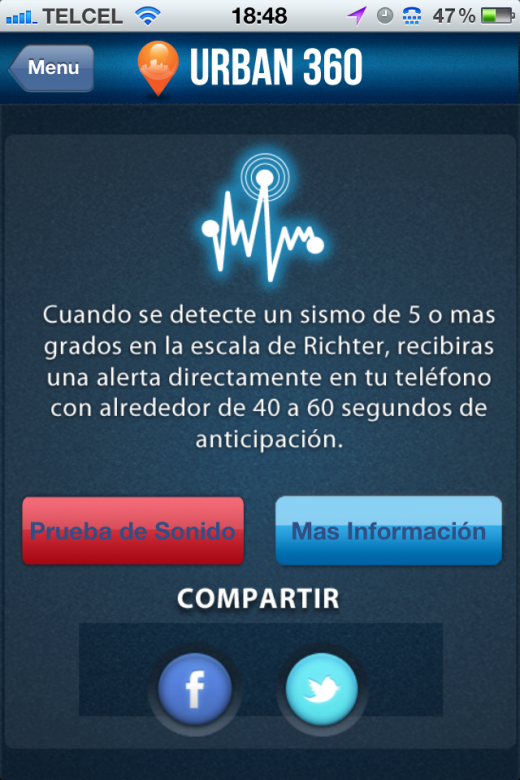 AG: The key is our multi-platform approach; for instance, the government’s earthquake alert app is only compatible with Blackberries! This is an important difference with our app, which is available on multiple platforms – including Blackberries, but not only.

TNW: Where do you see your business model?

AG: We get many daily impressions each day, with valuable information. Of course, we anonymize it to protect privacy, but the volume still makes it interesting; it means that we have a huge amount of data on location and routes.

We can cross it with other factors and anticipate their impact – for instance, we could be able to tell how people react to adverse weather conditions. With this knowledge, we will be able to deliver highly targeted advertising that is adapted to real-time context.