This article was published on January 2, 2013

Square has just lost a Senior Product Designer as Chris Clark has left the payments company after two years to return to development house Black Pixel.

Clark was a co-founder of Black Pixel when it was launched in 2009 and before that a designer for the early iFund participant Tapulous, which was later purchased by Disney. He left for Square in 2011 where he served in his current capacity until this month.

“Chris was instrumental in defining Black Pixel’s design culture and helped lay the path for our design team’s growth over the last few years,” says Black Pixel founder Daniel Pasco. “Chris raises the bar for quality higher than anyone I have ever met. His addition to our talented design team solidifies Black Pixel as a center for beautiful design and skilled engineering.” 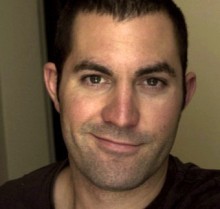 This marks the second high-profile talent add (or re-add in the case of Clark) for Black Pixel over the last couple of months. In July, Black Pixel hired ex-Apple Developer Evangelist Michael Jurewitz as a director and partner.

After purchasing the apps Kaleidoscope and Versions from Dutch house Sofa on their acquisition by Facebook, the products entered a long development cycle.

In an extensive interview with TNW, Pasco and Jurewitz discussed how the company was able to turn the Kaleidoscope project around and ship something they could be proud of.

“Working with both of these aces on the same team defies articulation,” says Pasco, “except to say that they play off of each other’s strengths with unbelievable virtuosity.”