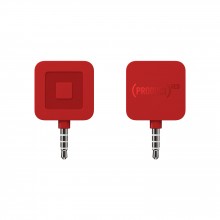 Square has teamed up with (RED) in a partnership to help fight AIDS. As part of this agreement, Square has produced a Special Edition SQUA(RED) card reader that will be available in the US for a limited time. Every purchase will see 97.25 percent of the $10 donation go towards the Global Fund to fight AIDS.

But it’s not just about raising money as the SQUA(RED) reader helps educate consumers about the spread of AIDs. When a user swipes their card through the special edition reader, the digital receipt will include more information about the fight and also includes a link to donate directly to the Global Fund. 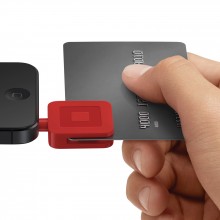 In a statement, Square CEO Jack Dorsey said, “Square already helps millions of local sellers run and grow their business, and now with SQUA(RED) Reader, we’re empowering them to raise awareness for an important cause and help save lives in the process.

If you’re not familiar with (RED), it was founded eight years ago by U2 frontman Bono and Bobby Shriver in an effort to solicit help from businesses and communities to fight the AIDS epidemic. In the past, it has partnered with numerous companies, including Apple, Starbucks, Beats by Dr. Dre, SAP, Live Nation Entertainment, Coca-Cola, and more. The organization’s efforts have so far generated more than $240 million towards the cause.

This isn’t the first time a product has been customized specifically for (RED). Besides Square, Shazam, Bed Bath & Beyond, Kidrobot, Mophie, HEAD, Bottletop, and others have crafted special edition products.

You can get your own SQUA(RED) reader here.