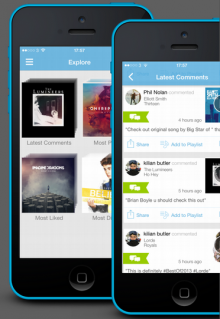 Soundwave, the app for sharing your music taste with friends in real-time, has released an update for Android and iOS devices today which brings an oft-requested commenting feature to the platform for the first time.

In fact, the company said that this feature had been “overwhelmingly requested” by the Soundwave community, and that it had been designed as an easier way for users to engage with each other on the platform. Much like on Facebook or Google+, Soundwave now also allows users to tag people in comments by using a hashtag. Alternatively, comment hashtags can also be used to group together similar songs.

The company envisages the commenting feature appealing to casual and hardcore users alike: serious Soundwave users will want to leave reviews of tracks, while casual users will be able to peruse comments under a track to get suggestions for what to listen to next. The update comes shortly after another, released in December, that enabled users to share tracks on YouTube.