The announcement of the merger between Chinese video giants Youku and Tudou caught many off guard in March, but a recent filing from Youku reveals that representatives from both firms had discussed the possibility informally as early as 2009.

Of the details included in Youku’s recent F4 filing — spotted by TechInAsia — is an explanation of the background behind the deal, which provides a fascinating look early discussions between the then rival firms.

“Representatives of Youku and Tudou, from time to time between 2009 and 2011, engaged in informal discussions regarding the possibility of mutual business opportunities, including a potential business combination transaction involving the two companies. All discussions during this period were preliminary in nature, did not lead to any specific proposal or agreements and the discussions were ultimately discontinued,” it reads.

It’s important to point out that Tudou held similar discussions with other firms during this period. 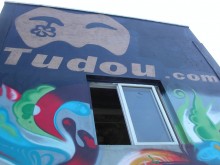 There had been talk of a possible merger last year and, as the deal proved, the phrase ‘no smoke without fire’ is so often true. What’s interesting to note is that the duo were frequently on opposing sides in the court room during this period and, as it happens, immediately before the merger was revealed.

The filing also reveals that the firms opted to keep Youku’s bid and their negotiations quiet, rather go public and spark and bidding war. Had that happened, the deal could well have been worth more it was – which is already estimated at more than $1 billion.

One thing that is for sure is that the merger, which is slated for completion in the final quarter of the year, is putting the heat on Youku-Tudou’s rivals. Three such companies — Sohu, Qiyi, Tencent Video — have already taken action to combat the increased threat, as they banded together to form an alliance to help buy content at more favourable rates.

China’s online video sites are struggling to turn in profit, thanks to high overheads. With the merger expected to save Youku-Tudou some $60 million in operating costs, its rivals must operate more efficiently to compete.