Under the hood, you’ll find a Snapdragon 810 64-bit octa-core processor with 3GB RAM and 32GB onboard storage, along with a microSD slot for up to 128GB more space. 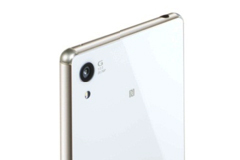 As with other Xperia devices, the Z4 is dust-resistant and can be submerged underwater to a depth of 4.92 feet for up to 30 minutes without kicking up a fuss.

Those numbers and figures aren’t too shabby, but it’s sad to see Sony rehashing an older model with only minor upgrades at a time when other device makers are playing to win with their releases this year.

The Sony Xperia Z4 will be available in White, Black, Copper and Aqua Green in Japan this summer; the company hasn’t yet announced pricing or availability in other markets yet.