An ancient galaxy called SPT0418–47 has been found near the edge of the observable Universe. This family of stars looks much like the Milky Way — and that is what makes this discovery so surprising — galaxies from the early Universe are supposed to look different than they do today.

Formed just 1.4 billion years after the Big Bang, light from this far-flung galaxy took 12 billion years to reach Earth. The body was discovered in 2020 by astronomers at the South Pole Telescope (SPT).

Researchers found SPT0418–47 likely has a disk surrounding a central bulge like our own galaxy, but there is no evidence so far for spiral arms. This is the most ancient galaxy ever seen possessing a central bulge.

“This result represents a breakthrough in the field of galaxy formation, showing that the structures that we observe in nearby spiral galaxies and in our Milky Way were already in place 12 billion years ago,” says Francesca Rizzo, PhD student from the Max Planck Institute for Astrophysics in Germany.

The impetuousness of youth

Theories of the early Universe suggest that the first galaxies should have been chaotic, their structures untamed like those seen in the modern age.

“This is because the strong effects associated with galaxy mergers and supernova explosions would lead to most young star-forming galaxies being dynamically hot, chaotic and strongly unstable,” researchers write in Nature.

Galaxies as distant as SPT0418–47 appear too small and distant for astronomers to directly image. Too make this finding, researchers at the Atacama Large Millimeter/submillimeter Array (ALMA) took advantage of gravitational lensing. This effect, possible in rare cases when a large mass like a galaxy lines up nearly directly between the Earth and a distant target. As light passes the intermediate galaxy, it bends just as if it were traveling through a lens, magnifying the distant image.

One ring to calm them all

Light from the distant galaxy was stretched into a near-perfect ring as it traveled toward Earth, due to the precise alignment of the galaxy and the gravitational lens.

“When I first saw the reconstructed image of SPT0418–47 I could not believe it: a treasure chest was opening,” Rizzo states.

This new finding from the European Southern Observatory (ESO) reveals the early Universe as less chaotic than once believed.

“What we found was quite puzzling; despite forming stars at a high rate, and therefore being the site of highly energetic processes, SPT0418–47 is the most well-ordered galaxy disc ever observed in the early Universe. This result is quite unexpected and has important implications for how we think galaxies evolve,” said Simona Vegetti of the Max Planck Institute for Astrophysics.

Although SPT0418–47 possesses a disk of stars surrounding a central bulge, astronomers believe this ancient galaxy was destined to develop into an elliptical galaxy, not a spiral galaxy like the Milky Way.

In May 2020, ALMA scientists released a finding of a different disk galaxy at a similar distance to SPT0418–47, but these new images show their target in far greater detail than the earlier release, due to the fortuitous effects of gravitational lensing.

Future studies utilizing instruments such as the Extremely Large Telescope (ELT) will help determine how common galaxies like this one were present in the early Universe, providing astronomers new insights into the evolution of the Cosmos. 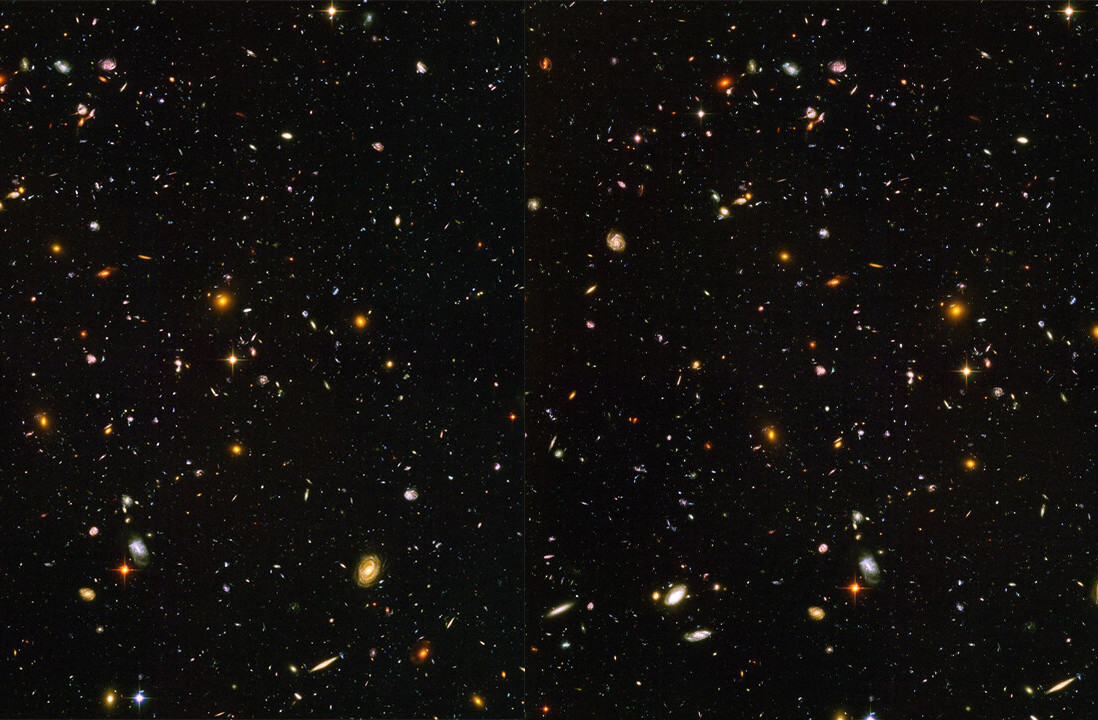