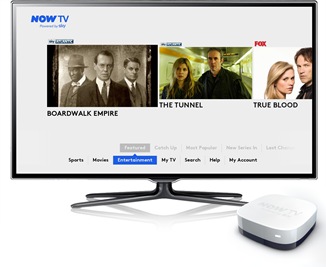 British satellite broadcaster Sky is sweetening its Now TV streaming service by adding ten of its entertainment channels as a contract-free option.

Now TV currently offers monthly packages for its sports and movie channels, though the entertainment pass comes in at a more affordable — albeit ‘introductory’ — price. Full Sky Sports access is a great idea, but it costs a whopping £9.99 for a single day.

The new pass is available immediately on the Now TV Box, PS3, Roku, Mac and PC, but coming to iOS, Android, Xbox and LG smart TV in “the coming months.”