In the past month I’ve traveled to Berlin, Amsterdam, London and Hawaii and I keep hearing the same debate over and over again: ‘How can we become the next Silicon Valley?’

The answer is: You Can’t.

Having observed the special sauce that makes up Silicon Valley, I’ve found it’s a delicate balance of a number of attributes that cannot easily be replicated. That doesn’t mean to say other places in the world should stop investing in startup culture or entrepreneurship; I believe one day other tech cities in the world could be bigger than Silicon Valley in terms of output of high growth technology startups, because other places have attributes and industries that the Valley does not. But, for now, Silicon Valley is number one and it will stay that way for the foreseeable future.

The number of governments around the world who are trying to replicate Silicon Valley is astonishing; Iraq’s minister for digital wants to create a Silicon Baghdad, there’s Startup Chile attracting entrepreneurs from around the world to go through their government initiated startup program, and now adverts exist at San Francisco’s airport for London’s ‘Tech City’ also known as Silicon Roundabout. But that’s not all, as the cost of innovation decreases, people all over the world are getting ideas off the ground with a wifi connection and a laptop, in places you wouldn’t even imagine; Rwanda, Tanzania, The Philippines all have growing tech scenes and why not? If one of these countries creates the next Google or Facebook think of the wealth and job creation (not to mention tax proposition) it emits for those countries. 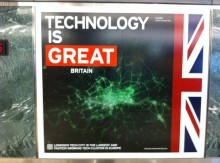 London has publishing and finance, New York has advertising and fashion, Iceland has thermal energy – why are entrepreneurs in these places following the The Samwer brothers’ Berlin based model of replicating startups in Germany that become a success in the US? They should be innovating around industries and attributes they already have. These industries are inevitably going to need drastic innovation if they want to survive and startup innovation around old industry is perhaps how other locations around the planet could one day conquer world title as highest producer of innovative startups in the world over the high tech, tunnel vision focused nature of the Valley.

And focusing tightly on high tech has been part of Silicon Valley’s success, there are no outside distractions; since moving to the Valley from London I check Hacker News more times a day than the BBC News- an indication of where my attention is focused and it’s humbling how Valley based entrepreneurs sacrifice having a life for a few years whilst they build, grow and exit their company. The goal is clear: acquisition or IPO, they will sacrifice anything and everything to get there and it works. Instagram founders Kevin Systrom and Mike Krieger were grinding for just over 500 days before they sold to Facebook to $1billion – a small amount of life to sacrifice for not having to ever worry about money again for the rest of their lives.

But focus is just one of the surface traits making up the Valley’s success, deeper attributes create a delicate ecosystem where one dynamic feeds into another almost living symbiotically to create an irreplaceable machine, churning out the most well engineered and designed startups on the planet.

Ironically for a country as young as the USA, much of the Valley’s success can be traced back to the history of the Bay Area Gold Rush of 1849;  The dramatic population increase and new wealth creation demanded the need for the Transcontinental railroad that connected California with the central and Eastern states of America.

It was built with the investment of

The unique startup funding ecosystem in Silicon Valley is also what makes it so special, both investors as well as entrepreneurs are big risk takers and deals get done fast. Both London and Berlin based startups told me how they recently had to travel to Silicon Valley to get early stage seed funding because it was non-existant in their home cities. Italian startup Glancee came to the Valley and just over a year later it was acquired by Facebook. Startups on accelerators like Y Combinator, 500 Startups and I/O Ventures are almost guaranteed an exit to one of the big four; Facebook, Apple, Google or Microsoft or at least an exit in the form of at least an acqui-hire.

San Francisco is a small place; with a population just under one million on the peninsular, compared with London’s 10 million, there’s not much separation between work and play. Your friends are also the people you do business with and you are nearly always one degree of separation away from anyone you want to know. This makes finding the right people for the right deal, fast and easy. Entrepreneurs are living, eating, sleeping and breathing startups in ‘Startup Mansions’ -shared accommodations that become meccas for startup life. Blackbox, The Glint, Rainbow and Factory O are all mansions stretching from Los Altos to San Francisco home to you people who are executing on their world changing ideas.

It’s brains, not clothes that matter

Silicon Valley is one of the only places in the world where young (mostly) men in their 20s are doing billion dollar business deals in flip-flops and hoodies. The recent controversy of the Wall Street Banker calling out Mark Zuckerberg for being immature for choosing a suit over a hoodie when he rang the NASDAQ IPO Bell is a sign of the banker being a luddite and not understanding that in the Valley brains power is the overriding measure of success, not clothing styles. Venture Capitalists, namely Dave McClure, are also donning flip-flops, Bermuda shorts and hoodies, In London dressing down would be a sign of disrespect.

They would just execute and become Silicon Valley. It astonishes me Europe is having the same argument over and over again. Every time I’m back in Europa the debate seems stagnant, like the kid at school that can’t get over the chip on his shoulder- well guess what Europe? You’ve had your day, the USA is the world super power now and Silicon Valley is no 1. You can either moan about it or focus on innovating around the attributes you already have. I’ve seen some great publishing and food startups in London, ideas that I don’t think the valley could come up with because the problems in those industries only exist in London.

With all this said I’m a great believer in promoting global entrepreneurship and my argument that Silicon Valley doesn’t always think beyond the gold rush of making a billion dollars versus solving world-chaning problems still stands. But I urge you, rest of the world to save your time complaining about how you want to be the next Silicon Valley, because it won’t happen, instead don’t replicate, recreate and put your energy into being the best you, you can be.