When the tech giants like Google and Microsoft have perfected their head-hunting and recruitment skills, what is a startup to do when it comes to finding a skilled team to work with and employing the best people? If you’re in this position or you’re looking to work with a startup, then Silicon Milkroundabout should be on your to-do list.

At startup level the price of working with recruitment firms can be prohibitive and when looking for the right team to work with, being able to meet a company face-to-face makes a real difference before you commit to an interview process.

“It’s great to be proactive when you’re seeking work or looking for a change,” says Songkick COO and Silicon Roundabout co-founder, Pete Smith. “For startups to find talent is hard, some of the best people are happy with their work and currently employed. So this event is also for people who might be a little bit curious about the possibility of a move in the next year or so and they can get a sense of what it might be like to work with a startup.”

Silicon Milkroundabout launched in May 2011 with a follow-up event in October that year. To date, the two events have attracted 1,876 job seekers, filling 168 posts at 113 start-ups and saving more than £2 million (circa $3.2 million) in recruitment fees in the process.

If you’re after a job with some of the hottest UK startups, you’ll be delighted to know that the event is happening again over the weekend of May 26-27 in the Old Truman Brewery on Brick Lane in east London. There’s room for 3,000 bright sparks to meet with businesses and work out how they could be best placed with a startup.

For young businesses, finding the right talent and attracting great minds to what can be seen as a risky sector is not easy. Event like this can provide an opportunity to highlight the great things about startup culture and the flourishing trade in the UK.

Previous Silicon Milkroundabout events have been focused on software engineering, but May’s event will expand on this. Saturday is entirely dedicated to product management and design, while Sunday will solely cater for engineering. There are 1,500 free tickets for each day.

“We had a lot of people approach us about the last event saying they didn’t meet the technical specification for attendees but they still wanted to meet the startups,” explains Smith. “There’s a critical mass of startups looking that need these crucial roles too, so we decided to introduce the second day.”

Silicon Milkroundabout events are usually a hub of activity with a focus on getting things done.

“It’s a really nice atmosphere,” says Smith. “It’s always businesslike. A lot of people come with CVs and they get a booklet with the companies listed in it with a floor plan. People turn up for a couple of hours and really go for it to meet as many companies as possible and either applying on the day or taking details to follow up later.”

Don’t feel left out if you’re not in London. The Silicon Milkroundabout method has been so successful that it has sparked similar events across other parts of the UK.

One of those spin-offs is Silicon Milkroundabout Cambridge which, fully supported by Songkick, will take place at the University Arms Hotel on Saturday 28th April, hosting over 35 companies from Cambridge and London. The event is taking in both the consumer facing Web companies associated with Tech City in East London and big corporate players that have defined the Cambridge scene.

Companies confirmed so far include Bromium, the latest startup by the team behind $500 million Xensource; Swiftkey, winner of most innovative mobile app at the Global Mobile Awards 2012; QuBit Digital, Knowledge Transmission and, of course, Songkick.

Cambridge is home to major tech companies such as Autonomy, sold to HP for £7.9 billion ($12.5 billion), and ARM, whose chips sit in around 95 per cent of the world’s smartphones. While these companies help the cluster grow, they pose stiff competition for startups looking for quality engineers and developers. 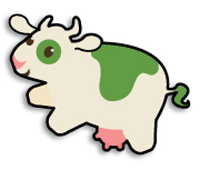 Metail CEO, Tom Adeyoola is helping to shape the Cambridge event, he said, “If it ain’t broke…with the support of Songkick COO, Pete Smith, we’ve riffed on the brand and taken it out here to create Silicon Milkround Cambridge. We felt that Cambridge needed something similar to drive awareness of the technology startup as a real alternative to the banks and the big engineering and development companies.”

Adeyoola feels that Cambridge is ripe for a shake-up with it’s strong tech history and current set of innovators, “Startups are dynamic, fun, challenging environments where employees can achieve huge amounts with greater responsibility than elsewhere. Cambridge needs something like this to get away from what can be a staid image of technology entrepreneurship when it is in fact one of the global centres of technology invention and innovation excellence if not arguably the best.”