This article was published on November 27, 2015

Now that the holiday season has arrived, so has the time you likely decide what gifts to buy for those closest to you. With so many choices available, are the iPhone 6S and 6S Plus really your best options? You can always save a few bucks with an older iPhone, or get an Android handset. Then again, the iPhone 7 is coming out next year, so you could wait. Decisions, decisions.

If you’ve seen an iPhone 6 or 6 Plus, you’ve seen the ’S’ versions, too. Aside from a so-slight-you-won’t-be-able-to-tell thickness change, the new iPhones don’t deviate from last year’s models, aesthetically.

The screen still slips seamlessly into the aluminum case, and the precision with which all ports and speaker cutouts are machined continue to impress us. The camera is still in the same spot, and is the same size as last year. Really, you can’t tell the difference at a glance. That’s good; the design changes Apple went with on the iPhone 6 and 6 Plus are now iconic. It has a new aluminum (the same as the Apple Watch) and cover glass, both included for strength.

Under the hood, Apple has a new A9 SoC and M9 coprocessor. A taptic engine is also new, which provides more real-time haptic feedback when you touch the screen. The camera ensemble has also changed. The rear iSight camera is now 12 megapixels, and capable of 4K video. The front camera is a full 5 megapixels, up from 1.2 megapixels last year.

Apple’s newer iPhones currently run iOS 9. If you’re not familiar with iOS 9, we suggest you read our review. It’s since gone through some iterative updates, but the core remains as we found it back in September. It’ll be the same OS whether you buy an older iPhone or the ‘S’ version, but an iPhone 6S or 6S Plus has some very cool tricks up  its sleeve.

Where the iPhone 6S and 6S Plus start to distance themselves is with interaction. While still not as widespread as I would like, 3D Touch changes just about everything with regard to how you use apps.

Buried under the secure new glass on the ‘S’ versions are sensors that can tell how hard you’re pressing down. It’s part of what adds to the slight thickness bump, but it takes how you use your phone to a different plane.

A firm touch may bring up a “quick actions” menu for an app (seen above), right from the home screen. Depending on the app, you’d be able to do things like navigate to your home or tweet, all without having to open the app itself and find your way to — well, however you do whatever is on the menu.

In some apps, pressing down offers a preview of an email or file. If you press just a bit harder, that preview opens up into a full-screen view. Below, I’m using 3D Touch to preview — then view — a screenshot saved to the Photos app.

It’s what Apple calls “peek and pop” — you can ‘peek’ at files, or ‘pop’ them open and view as proper pages.

Though it may seem gimmicky, 3D Touch is far and away the best thing about the iPhone 6S and 6S Plus. At its best, boilerplate tasks are surfaced for faster interaction and things you may be curious to know more about (like an email with a provocative headline) can be glanced at before you commit to it.

It adds a faux physical depth to your iPhone, which is a new sensation altogether. It’s as if you’re digging past the superficial facade of your screen to get at information faster, which is physically impossible, but psychologically realized.

Most of the major players have adapted to 3D Touch already, and done a (mostly) decent job of integrating useful features. You won’t go wanting for the feature with apps you rely on, but it needs a bit more time before everyone gets on board.

I’ve been critical of 4K video on iPhone before. It seems like overkill for the sake of sensationalism.

The 12MP camera on the iPhone 6S and 6S Plus are both capable of 3840 x 2160 video at 30 frames per second. Apple even supports continuous autofocus, stabilization, face detection and the ability to take still photos (8MP, though) while shooting in 4K.

You won’t want to catch junior’s soccer game in 4K; it’s best when you’ve got a stable base and not much movement in the scene. If you were taking a panorama video or shooting a wide shot of a crowd, 4K is great.

Here’s a quick 4K video I shot of Chase the squirrel grabbing some bread I left out for him. As you can (hopefully) see, quick movements aren’t great in 4K, but steadier imagery is superb. The blurring seems to even out as the squirrel gets further away, too. It’s worth noting I edited the entire thing in iMovie, right on my phone; the app was recently updated to support 4K. The video is untouched, save for the title bar and trimming.

If you’re wondering where 4K really shines for the new iPhones, some have made better use of it than I know how to. You can also throttle down to 1080p video, which brings in 60 frame per second shooting (better for most cases). Unfortunately, optical image stabilization is still only available on the larger iPhone 6S Plus.

A new, unique feature for the new iPhones is Live Photos. What it really does is snap a small amount of video ahead of your still image.

Some find the feature useless. Others — particularly parents — seem to really love it. Capturing a bit of character ahead of a static image is an interesting, personal take on photography. A giggling child makes for a damn cute image, but an endlessly endearing Live Photo. It’s almost as if your camera has a memory of its own. Those images you quickly snap can now remind you why you took them to begin with.

Sharing Live Photos is proprietary; they work in iMessage, iCloud Photo Sharing or AirDrop. They can be viewed on other Apple devices, even an Apple Watch. If you share a Live Photo outside of these parameters, they default to still images. If you don’t care to have Live Photos, you can turn the feature off. There’s no way to granularly control which photos are Live and which aren’t. 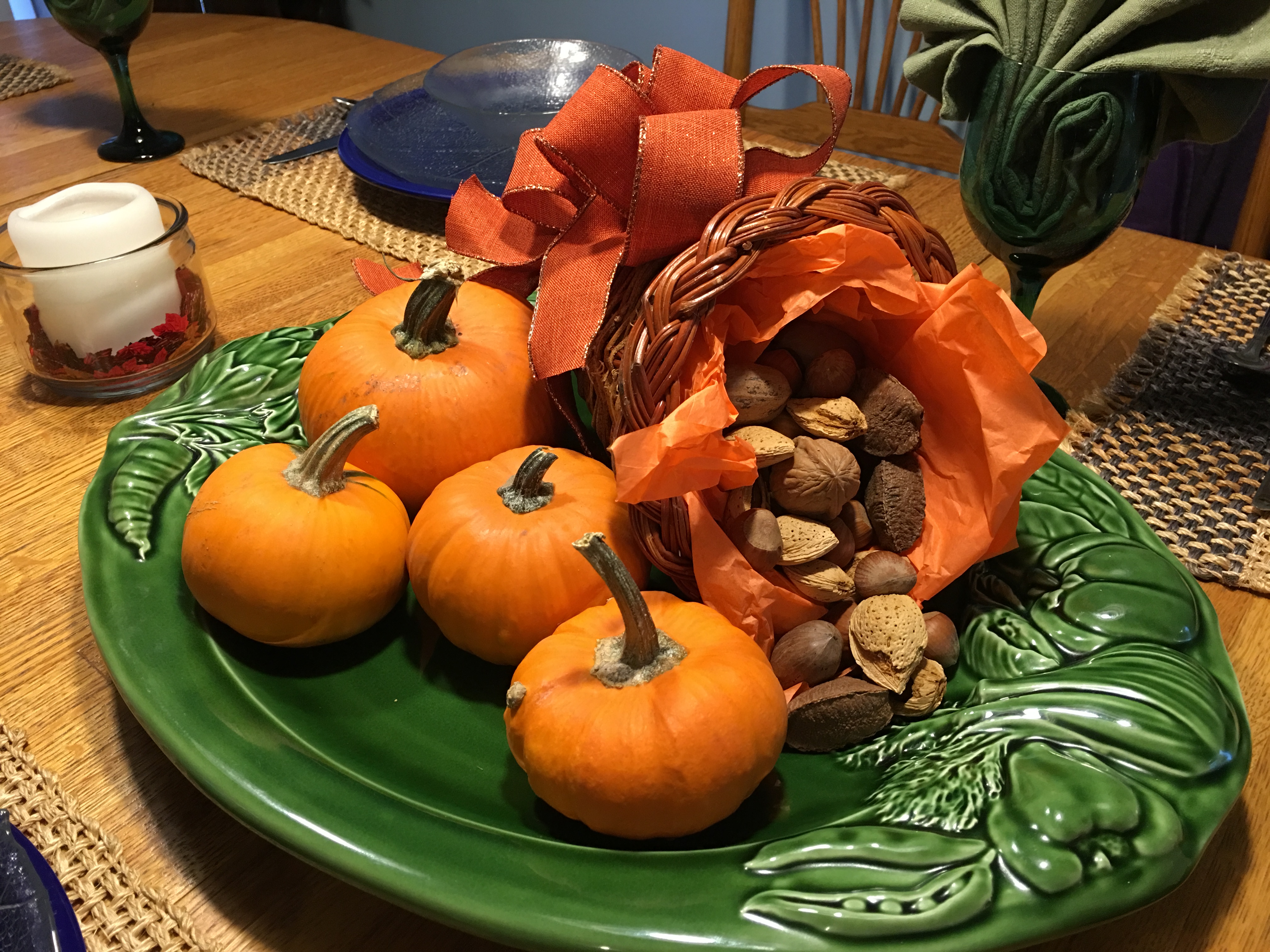 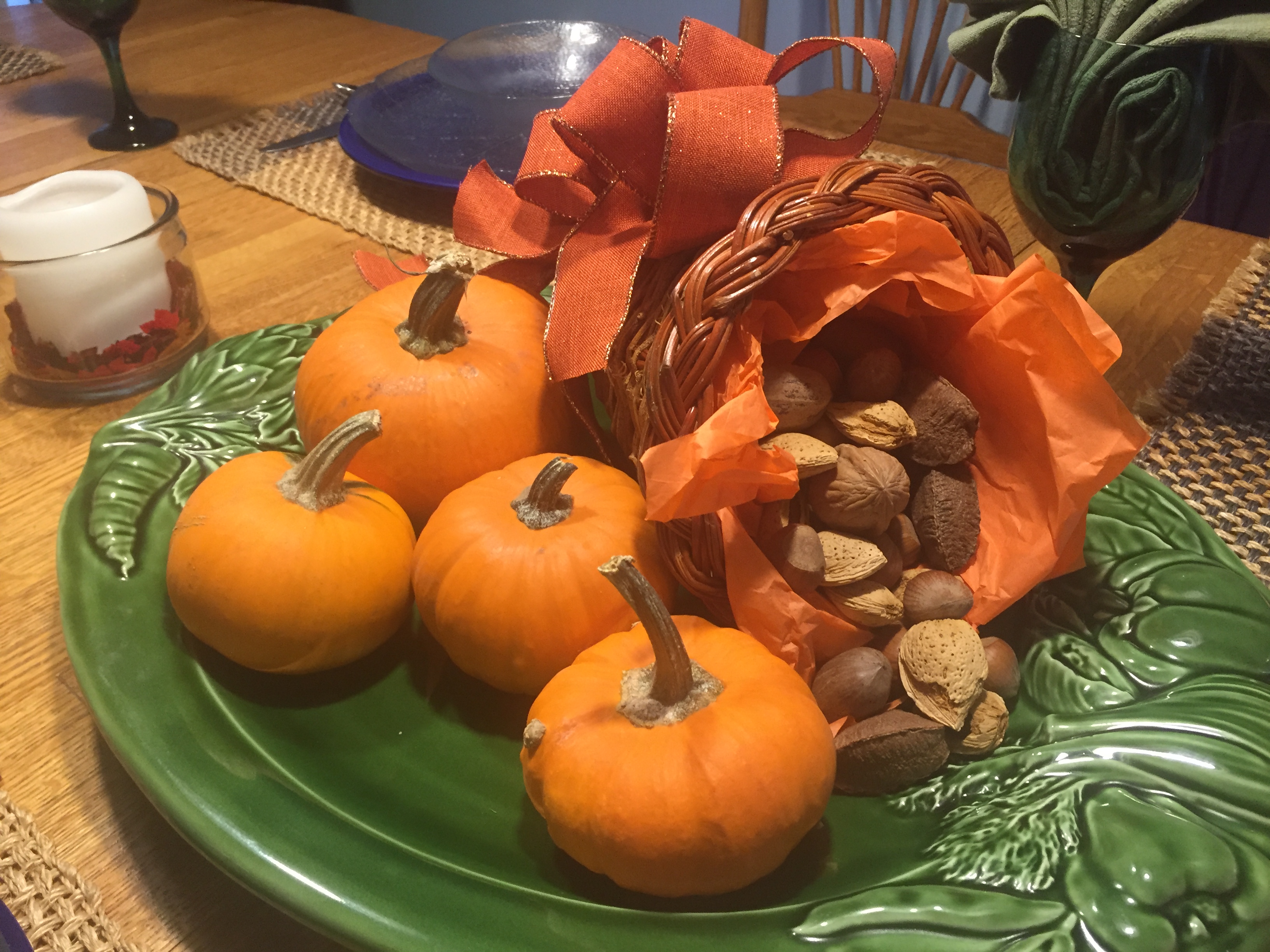 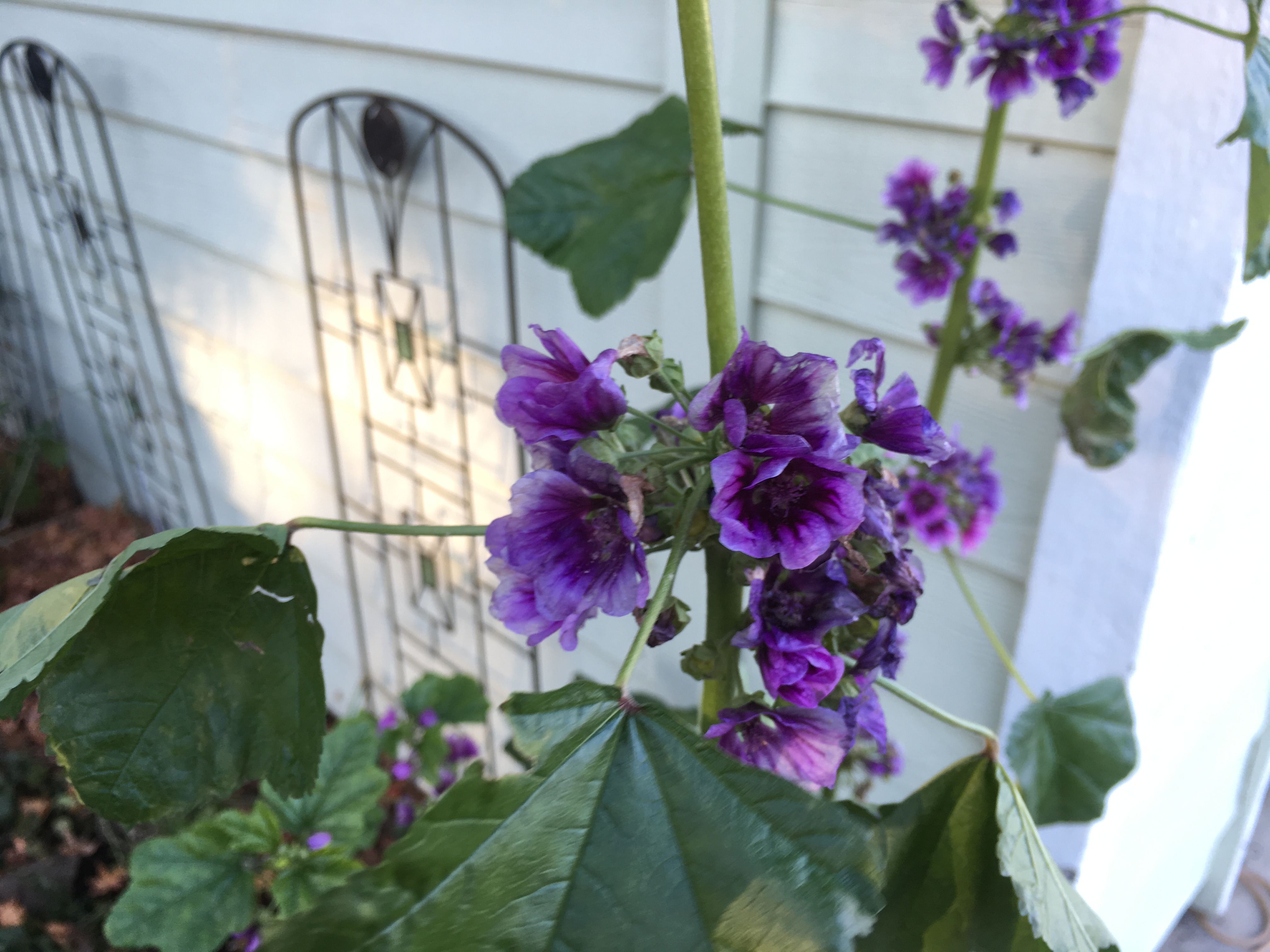 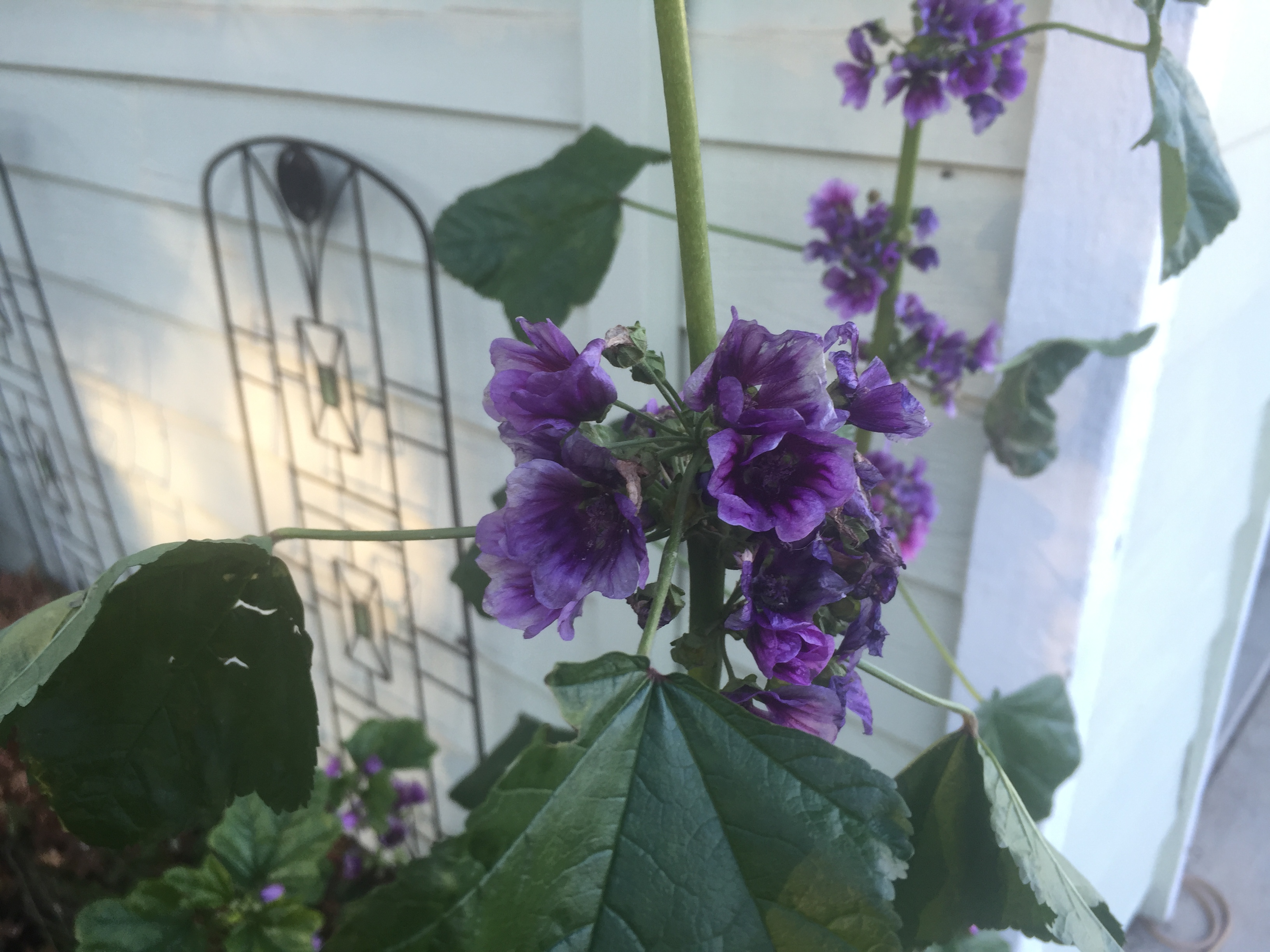 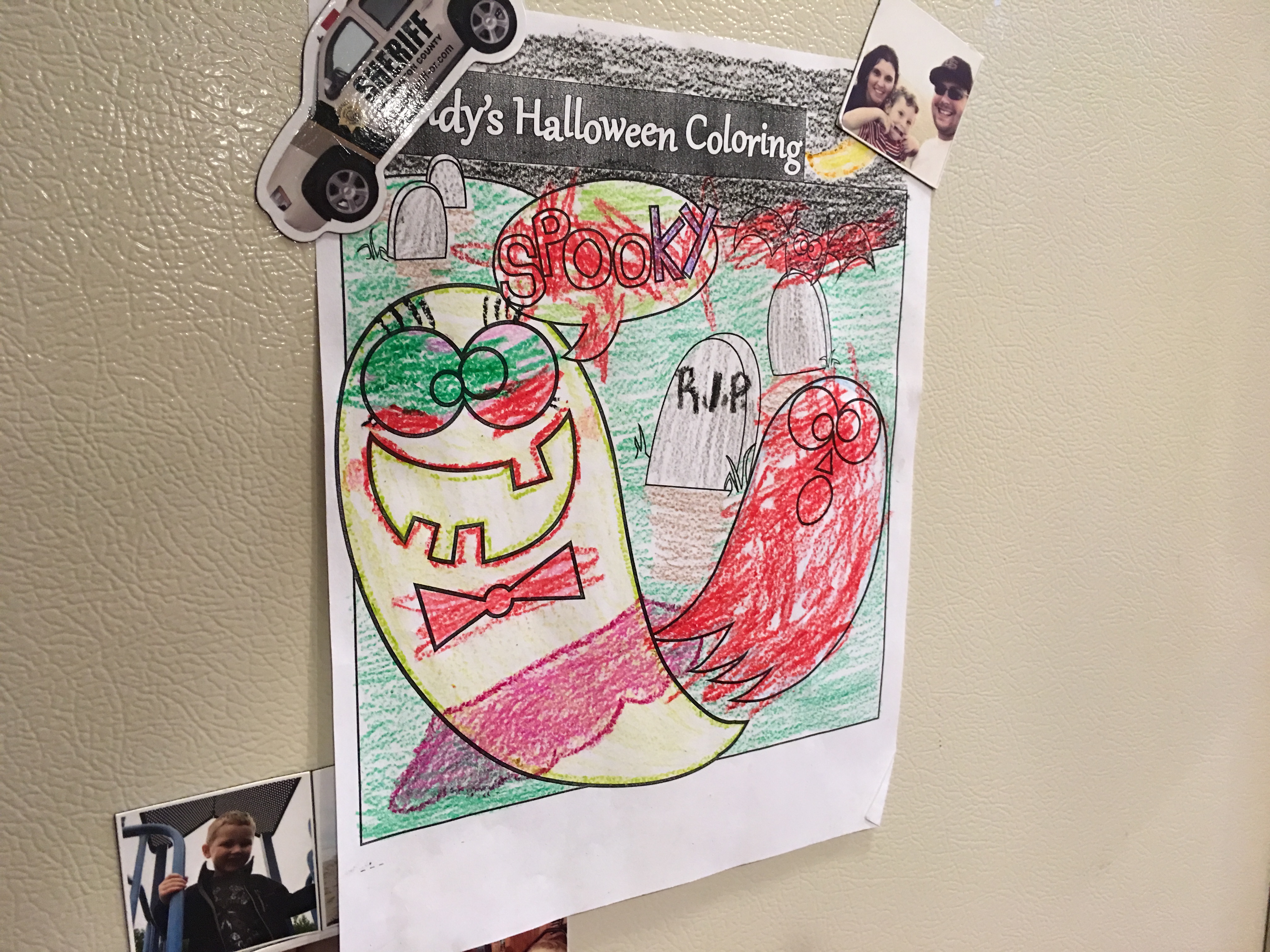 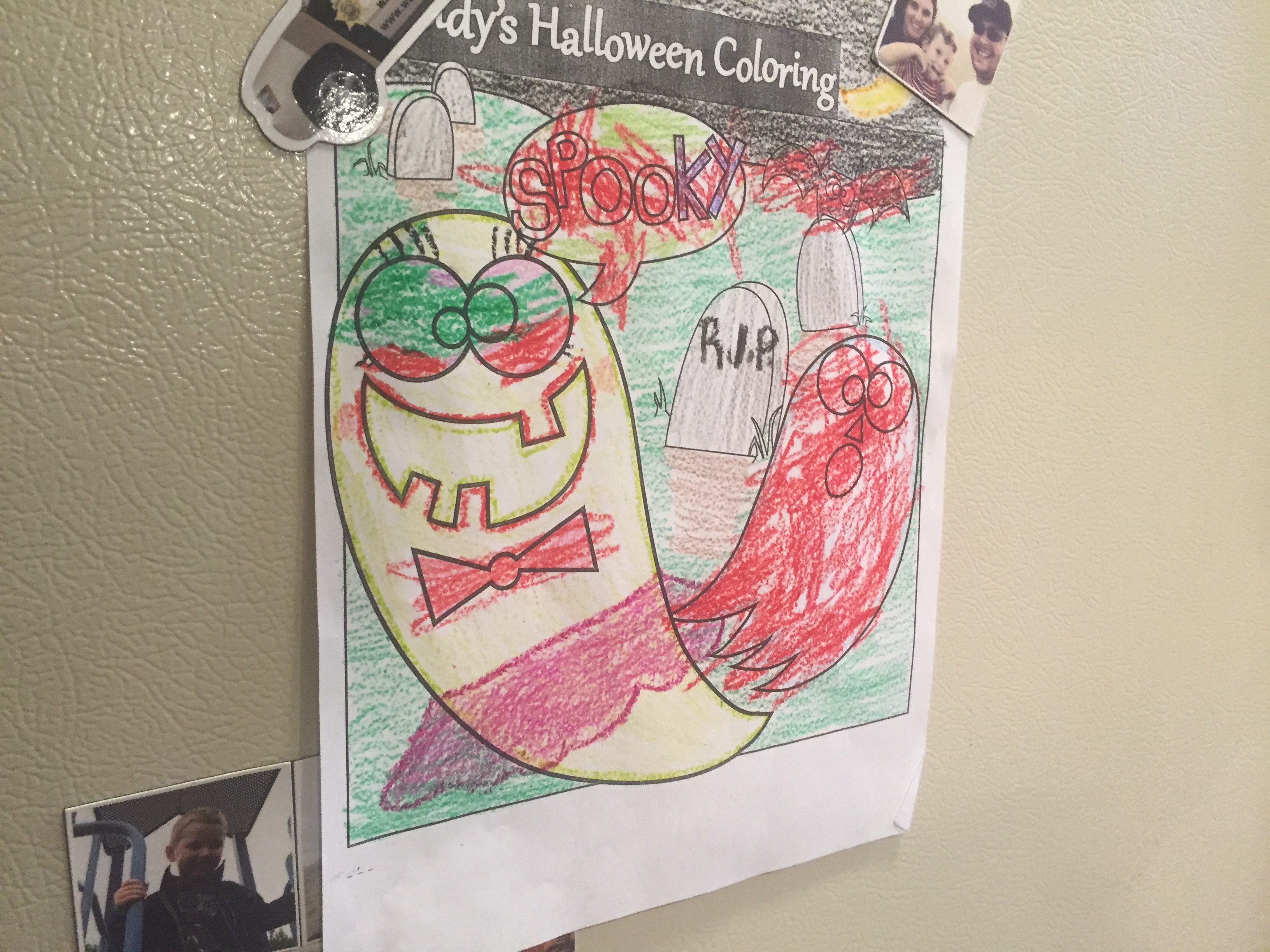 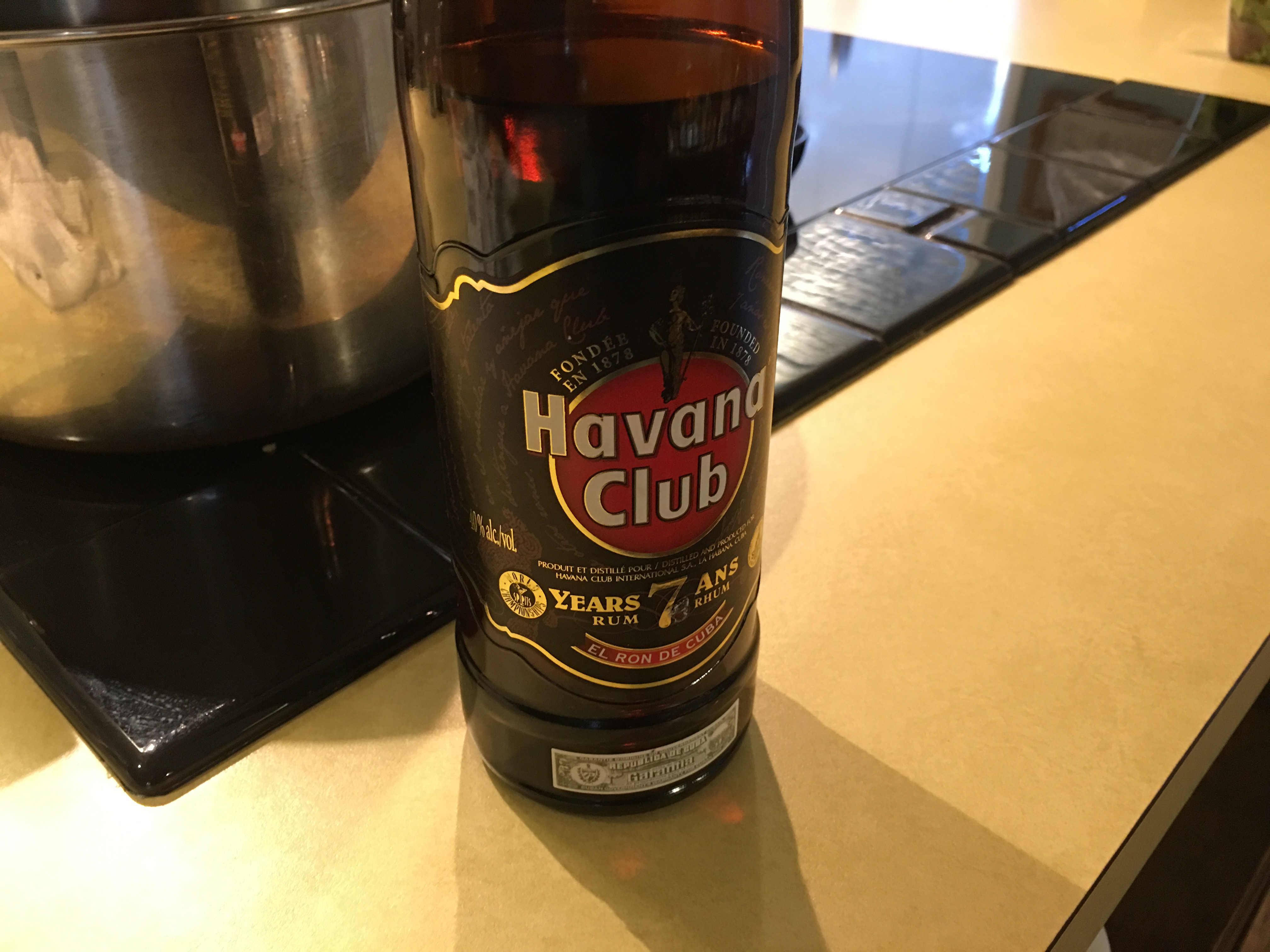 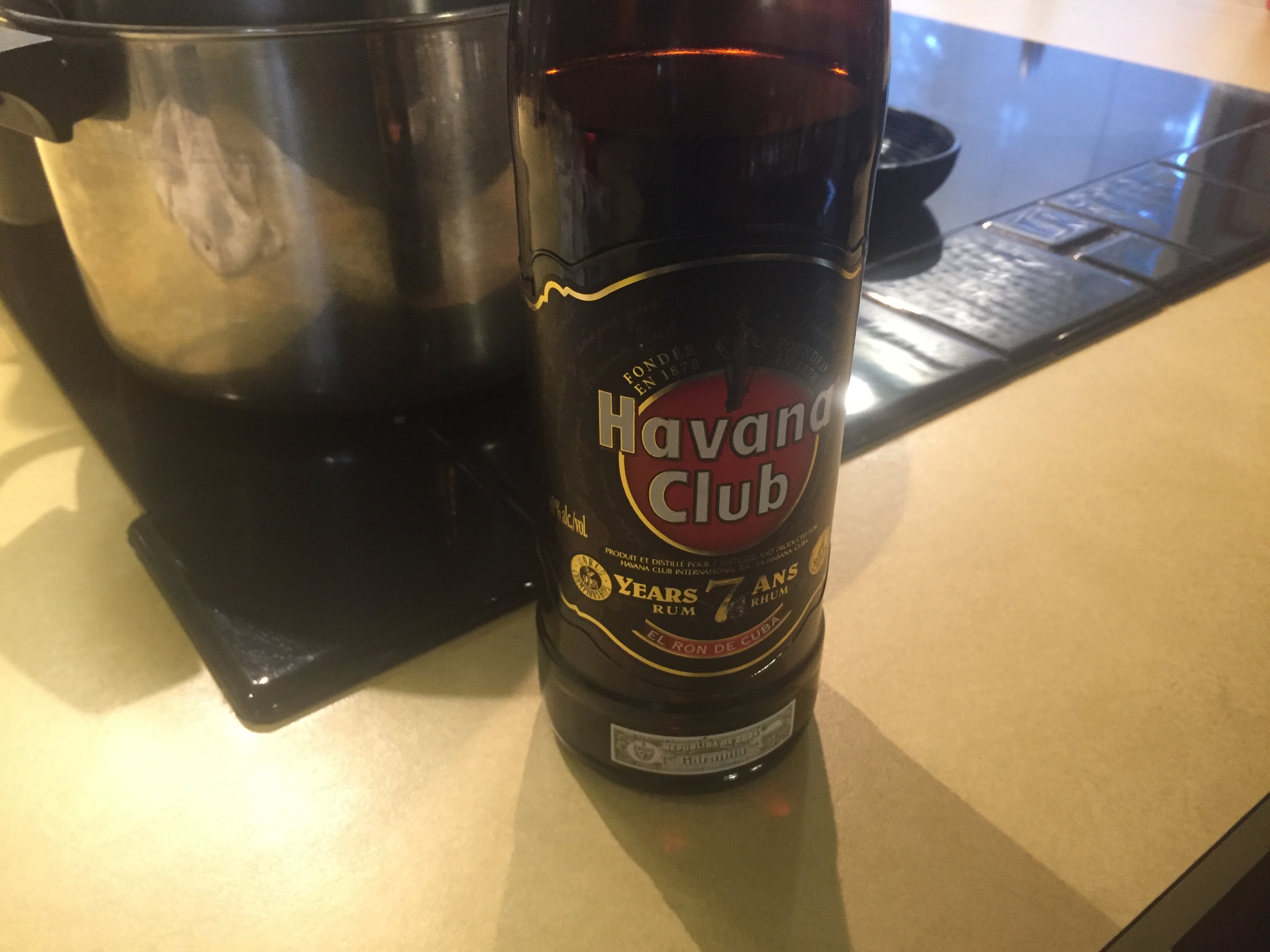 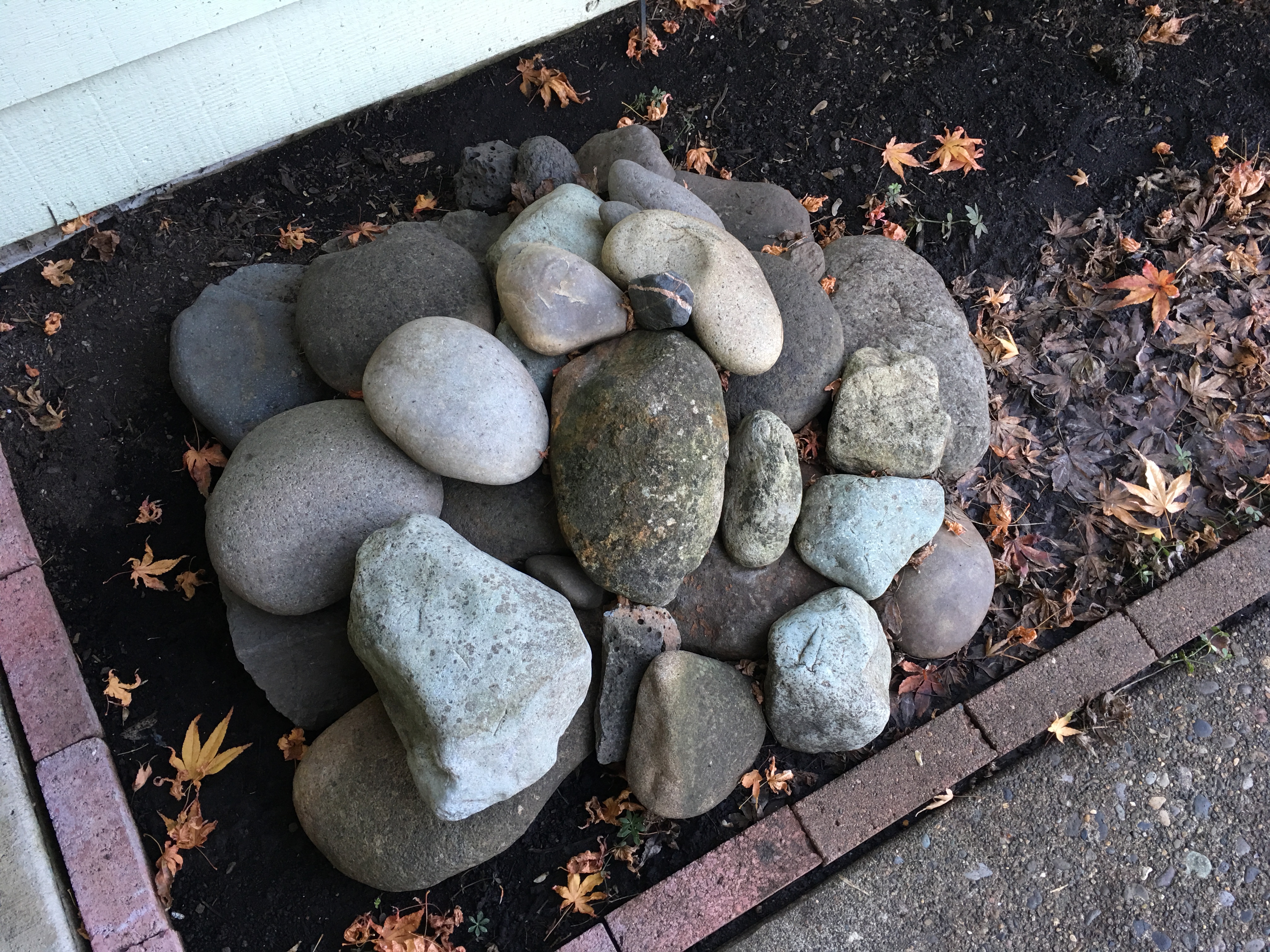 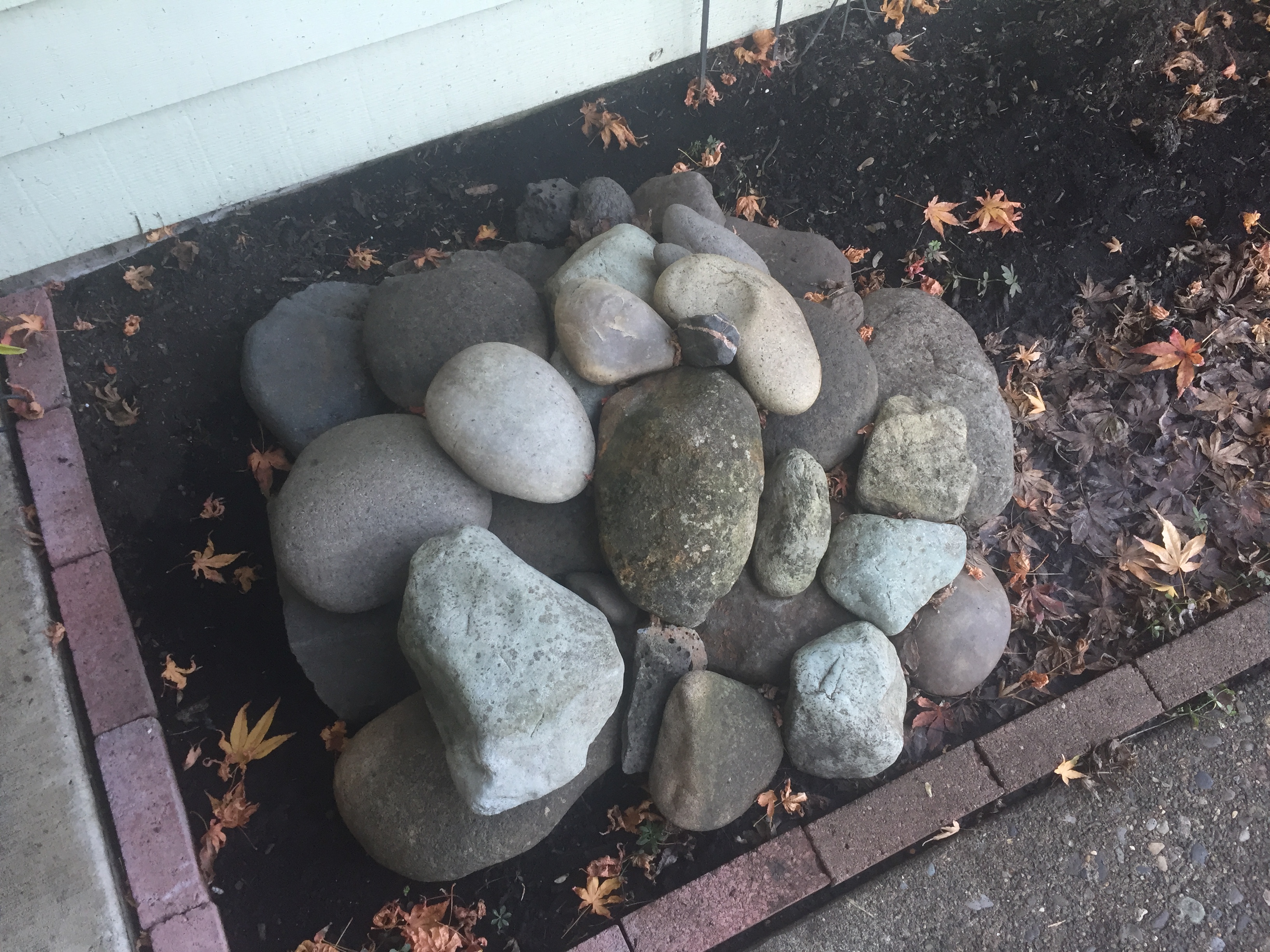 If you just want to take photos…

Aside from its bleeding edge capabilities, the iPhone is still arguably the best smartphone for taking day-to-day pictures. Apple improved the noise reduction on the iPhone 6S and 6S Plus, which helps in low-light situations. In bright light, the new 12Mp camera does a good job of identifying textures and edges, so buildings and other defined objects simply pop. If you like shooting panoramas, they can now be up to 63 megapixels.

The gallery above is full of comparison shots of an iPhone 6S Plus and an iPhone 6. I feel the new camera is much better at presenting colors and texture. The pictures have not been cropped or retouched.

Apple’s new 5MP front-facing camera has a flash — kind of. When you snap a selfie, the screen blinks a white hue at you. It’s a feature Apple calls Retina Flash, and Apple says it’s three-times brighter than the normal screen brightness. It even accounts for the color temperature of the screen, and corrects as needed for the best possible image.

You won’t go wanting for accessories when it comes to iPhone, that’s for sure. Apple’s two cases — the silicon and leather — are both really nice. If you want something a touch different from Apple’s leather, but just as nice, Moshi’s iGlaze Napa case is a wonderful alternative. Should you want a good low-profile case, Peel is little more than a skin, but prevents your case from getting banged up. 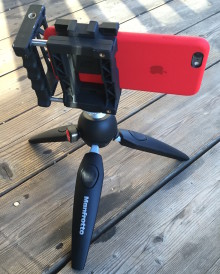 If you’re serious about 4K, I’d highly suggest picking up a Beastgrip Pro and Manfrotto Pixi Evo 2 stand. The stand folds up for easy transportation, but the legs expand and can sit shallow to the ground. It’s also fairly sturdy. Beastgrip is a go-to for many reasons; it can hold just about any phone, and lets you add-on a seperate light source, mic or other peripherals. It also (clearly) works with a tripod.

Apple also has a series of Lightning docks that match the iPhone’s silver, gold, space grey or rose gold aluminum.

Okay, but should you buy it?

With the major changes Apple has made this time around — a better camera, Live Photos, 3D Touch — I can’t argue that you should wait. It’s really hard to see much being added to the equation with an iPhone 7; things will definitely be refined, but there won’t be the same monumental shift as there was with the iPhone 5S to the 6 and 6 Plus.

Consider what you want to use your phone for, though. An older iPhone 6 or 6 Plus still have great cameras, Touch ID and Apple Pay. The A8 SoC and M8 coprocessor hold up just fine, too. The new iPhones are far and away better, but snapping up an older model is not something I’d dissuade a more casual user from.

Speaking of Touch ID, it’s faster on the new iPhones — a lot faster. It’s almost instant, so if you rely on it for Apple Pay or unlocking your device, you’ll enjoy it a lot more on the 6S and 6S Plus.

If you’re looking to migrate to an iPhone from Android, there’s an app for that. Even though I’m impressed with Android Marshmallow — and new Android handsets like the Nexus 6P, LG V10 and Samsung Galaxy S6 and S6 edge — the iPhone with iOS 9 is still my preference.

If there’s one key knock, it’s that Apple didn’t improve battery life versus last year. I have no issue with it — I still get through a day on a single charge easily — but it’s worth mention. If you take umbrage to middling battery life, keep that in mind.

For your money — and the iPhone 6S and 6S Plus command more of it than many other smartphones — these two are worth digging a bit deeper into the bank account if you’re buying a device outright. If you still choose to subsidize via a carrier (or want to take advantage of Apple’s new upgrade program), I think the extra cash you’ll spend monthly versus the competition is a no-brainer — just don’t get a 16GB version.

If you need a further recommendation, get the 6S Plus. I used to think the larger iPhone was just plain silly, but after using it for a bit, I’m sold. It has better battery life, and the optical image stabilization may come in handy if you take a lot of action shots.